The Belgian Waffle Ride Lives Up To The Hype 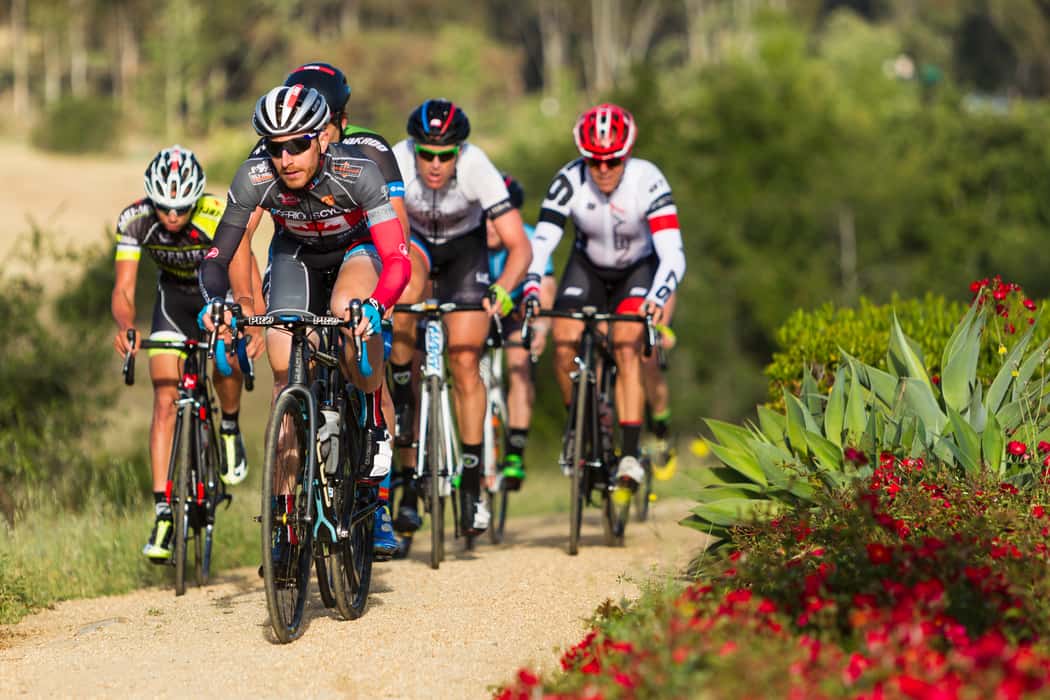 This year’s scenic BWR route took riders through 146-miles of North County San Diego’s most beautiful but difficult roadways and off-road paths, including upward of 12,000 feet of vertical climbing punctuated with 40-plus miles of technical dirt trails. An alternate 70-plus-mile route, dubbed the “Belgian Wafer Ride,” afforded a challenging but shorter option for cyclists.

Berry, a former podium finisher at the prestigious Liège-Bastogne-Liège Espoirs road race, was crowned the 2016 BWR men’s winner with a finishing time of 7 hours, 22 minutes, 30 seconds, while international cyclo-cross star, Amanda “Panda” Nauman, took top honors as the women’s overall winner, coming in at 8 hours, 40 minutes, 40 seconds. Riders thereafter were noted as finishing with times spanning up to 12-plus hours.

“I’d heard about the BWR, but it was even better than I expected,” said Berry, professional cyclist for team Jelly Belly p/b Maxxis. “These events are for the riders, and it’s great to have challenging rides where just finishing is an accomplishment. Not everyone can go race in Europe, and this gives people in North America a taste of something hard, but available to everyone. The mix of dirt and hills really suited me and made for a super fun day out there. I hope to be back next year.”

The 2016 BWR drew approximately 1,100 riders to the starting line outside the Lost Abbey Brewery in San Marcos, California. Official final results are still pending, but preliminary data suggests that approximately 300 BWR contenders made it all the way from start to finish, across paved and unpaved roads, rocky trails and water crossings that bicycles were arguably not designed to endure. The 2016 BWR would seem to have earned its monikers as both “the toughest bike ride in the U.S.” and “the most unique cycling event in the country.”

“It’s been such a pleasure to see this event grow every year, not just in difficulty and in the length of the course, but in spirit and participation,” said Amanda Nauman, top female finisher of the 2016 BWR. “My favorite part of the day is making friends through suffering and following it up with shared stories over a glass of Lost Abbey. Many pieces of the puzzle came together in my favor this year, and I’m grateful for the exceptional event staff, dirt, descents, bottle hand-ups, food, beer, cheers, equipment and everyone out there who made it a day to remember.”

A two-day festival accompanied the 2016 BWR near its start-finish line, replete with a vendor village, beer garden and gourmet food truck lineup. Hosted for the second consecutive year at the Lost Abbey Brewery, BWR riders and revelers alike enjoyed the chance to savor Lost Abbey’s Belgian-inspired ales alongside massive plates of Belgian waffles and moules and frites from the Gear Grinder Grill.

“I am really proud of what this event has become, and how the cycling community in San Diego has come together to support this crazy, difficult ride, while allowing it to realize its potential as the most unique cycling event in the country,” said Michael Marckx, creator of the BWR. “The BWR has grown to truly offer a pageantry all its own on a course that is unlike anything riders can attempt to do anywhere else. But, the event only comes to life through the combined efforts of sponsors, volunteers and the communities that allow us to ride freely through their streets and trails.”

Produced for the first time under the auspices of the Monuments of Cycling organization, registration for the 2017 BWR and future events will be announced later this year.

For final results and more information about the Belgian Waffle Ride, visit https://www.facebook.com/Belgianwaffleride.