The Carbon Bike You’d Want – But Can’t Have 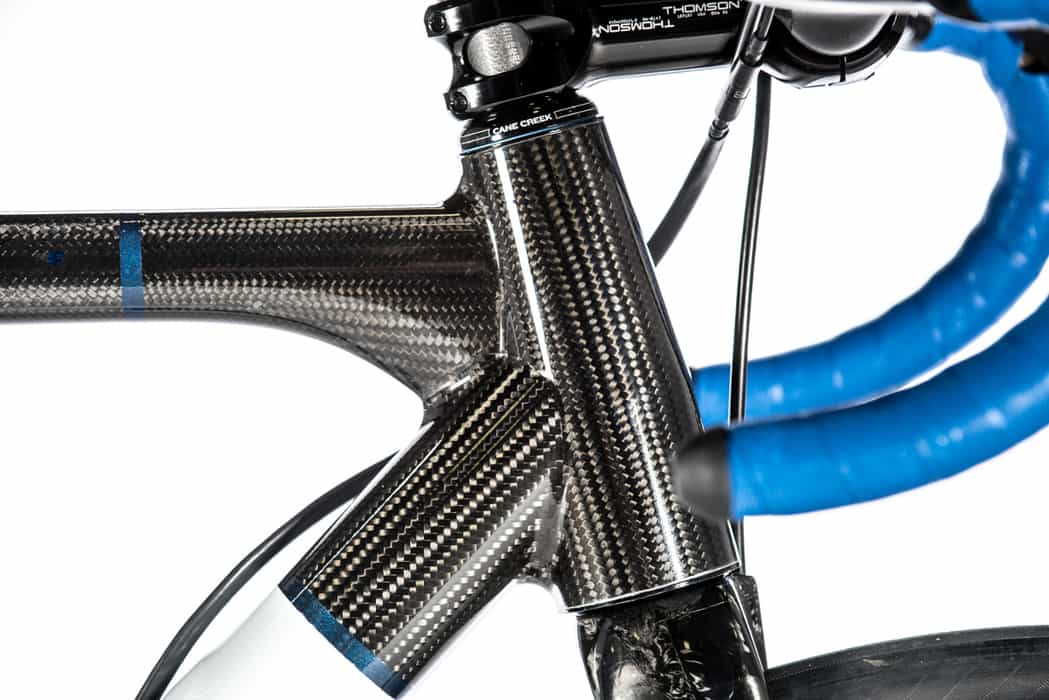 One of the best things about the North American Handmade Bicycle Show is the spotlight afforded to first-time exhibitors who take up an entire row in the hall. And just as occurs each year, this is where I not only find some of the most inspirational stories, but also some of the most impressive designs.

I first laid eyes on Cody Leuck as I gestured to him while conversing with industry vet (and King Cage founder) Ron Andrews about all the first-timers. “Look at that guy over there with just one bike and no literature to pass out. I bet the bike brand on his sign is actually his last name.” 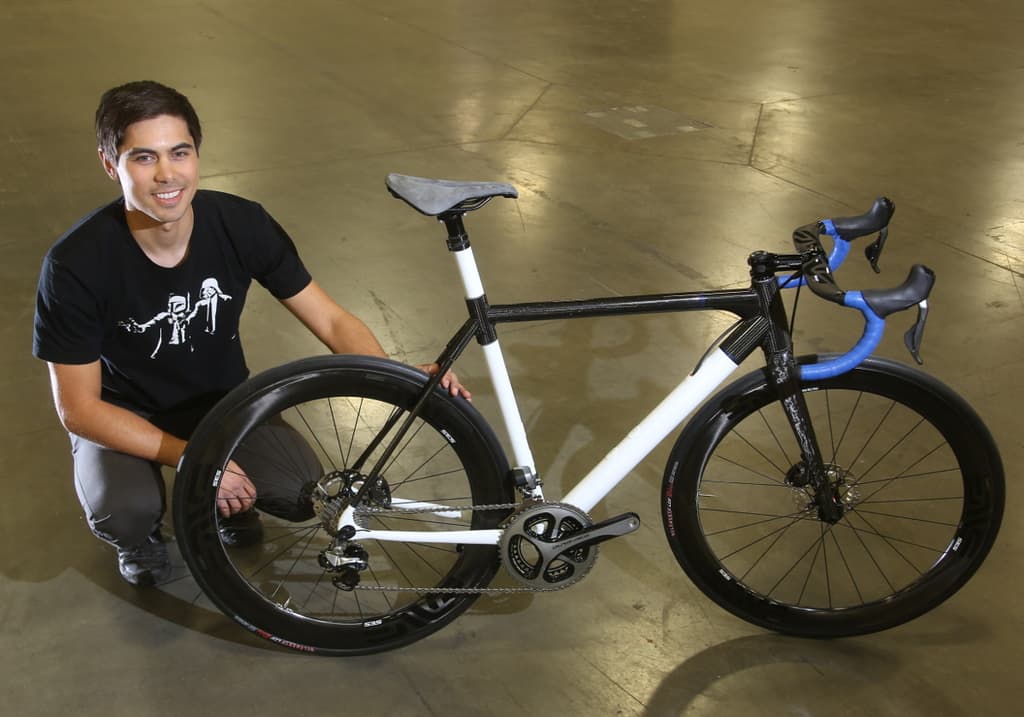 Turns out I was right. With his one frame (and a spare headtube junction) on display, there stood Cody waiting to get noticed by anyone walking by. When I asked him if he had any supporting marketing information on his bike, he replied, “No. I thought this show would be like a car show where you just show-up with something you built.”  How about a website? Nope.
As it turned out, Cody’s personal story was reminiscent of stories that I had heard at NAHBS many times before. He is a one man show who spent many sleepless nights getting the frame ready for the show and he built much of the frame at home, actually laying up some of the frame parts in his kitchen (while watching a Harry Potter marathon).

If there was one thing that stood out about the bike it would have to be the first rate construction. From the thru-axles to the seat mast, the frame’s handiwork was really, really impressive.

“My real job is working with composites at an aerospace company. The frame is built using trapped rubber construction versus bladders and I had some friends at a machine shop make the molds for me. I painted the frame just last week in the parking lot at work and it weighs about 1200 grams.

When asked if it was his goal to get a job in the bike industry, Cody demurred, “I like what I’m doing right now with the airplane project I’m working on. Don’t get me wrong, I’d always choose riding a bike over flying a plane any day of the week. There’s just something about pedaling around, eating food and riding up in the hills. I guess you could say I’m just a big manufacturing composites nerd that likes bikes. It took about 100 hours to build, but this is my hobby so whatever it costs in terms of time and money to make it happen is fine.”
Spoken like a true artist! If anyone is interested in a frame  – or hiring a really sharp kid, you can contact Cody at: [email protected]

Injured Cavendish Out Of Paris-Roubaix