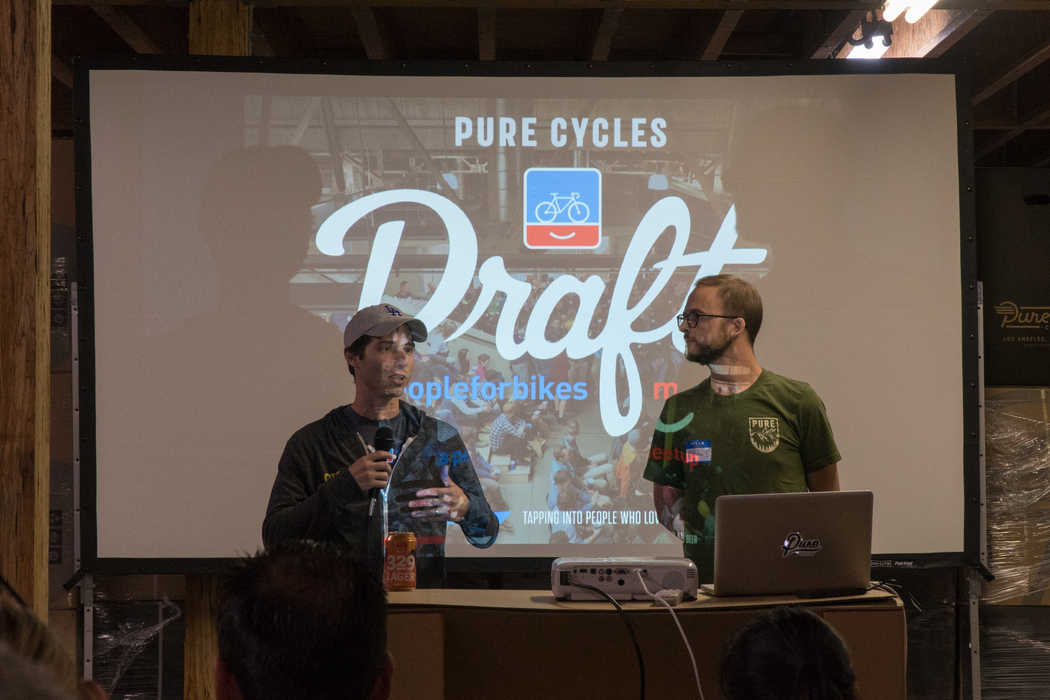 We attended the first PeopleForBikes DRAFT in L.A. hosted by Pure Cycles at their HQ in Burbank, California. The DRAFT brings riders, brands, bike industry and policy makers together and gives them a venue for bike news, networking and a great place to toss around ideas. Golden Road Brewing sponsored the meetup with a great selection of their beer to keep the conversations flowing. 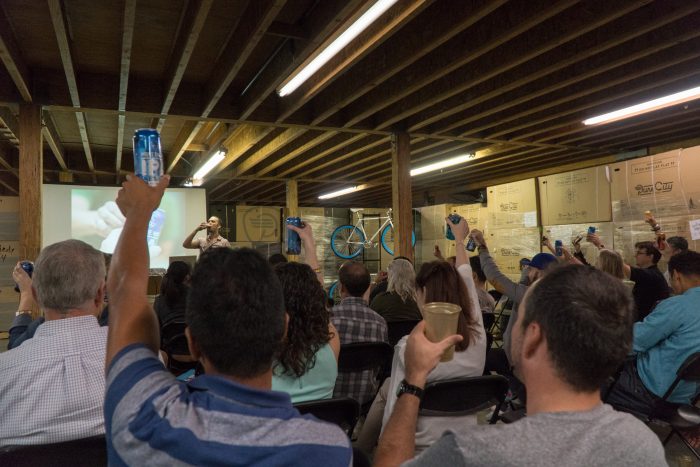 There were a lot of familiar faces with four speakers that had great info on our local communities and how cycling is reshaping the way people view our streets. The first speaker was Romel Pascual, the Exec. Director of CicLAvia, who spoke to the importance of community awareness and open street events. Using these types of events to bring communities closer by removing the cars and getting people out riding, walking, skateboarding, and most importantly, interacting on a more personal level. 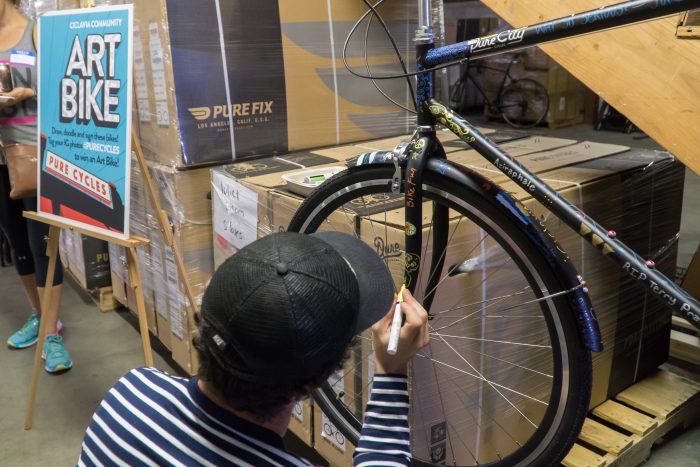 Next, we heard from Josef Bray-Ali founder of The Bike Oven, Co-Founder of Flying Pigeon Los Angeles and a candidate for LA City Council. Josef  has a great story and does a lot for the cycling community throughout LA and is hoping to further his influence if he is elected. See more of his story and what he is all about at joe4cd1.com. 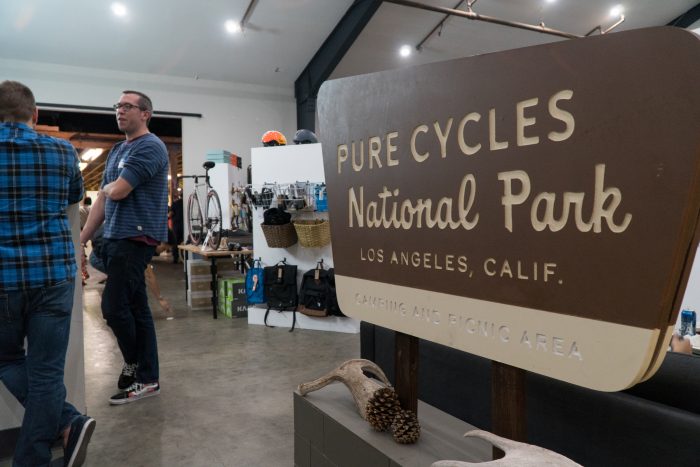 Then we had the pleasure of hearing from Andreas Freitag the CEO of COBI America that traveled all the way from San Francisco to share his company’s vision and a very cool smart connected biking system. The system integrates lights, maps, GPS, safety and your smartphone into a great package that reminds us of things that modern day cars feature.

Last we got to hear from Damian Kevitt the Founder of SAFE (Streets Are For Everyone) and creator of Finish The Ride Event. After a devastating hit and run on a ride not far from where we were having this meetup he was hospitalized for over four months and had what seemed to be a long road to recovery ahead of him. He had to re-learn how to simply stand, balance and walk, but without hesitation he pushed forward and was back on his bike within a year. 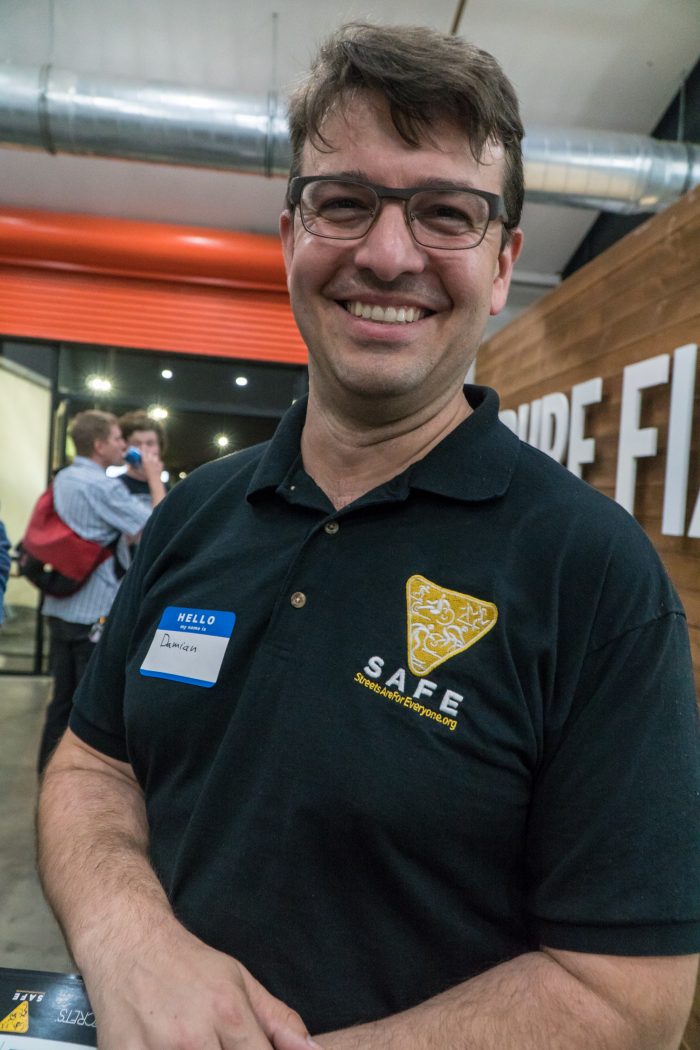 Damian’s incident was a hit and run and he was lucky to have survived such an avoidable situation. This is what has truly moved him to educate and voice the concerns of not only the cycling community but everyone that uses our roadways. Nearly 60% of hit and run crimes are with pedestrians and are the largest killers of 14-29 year olds. Learn more about his mission at www.streetsare4everyone.org. 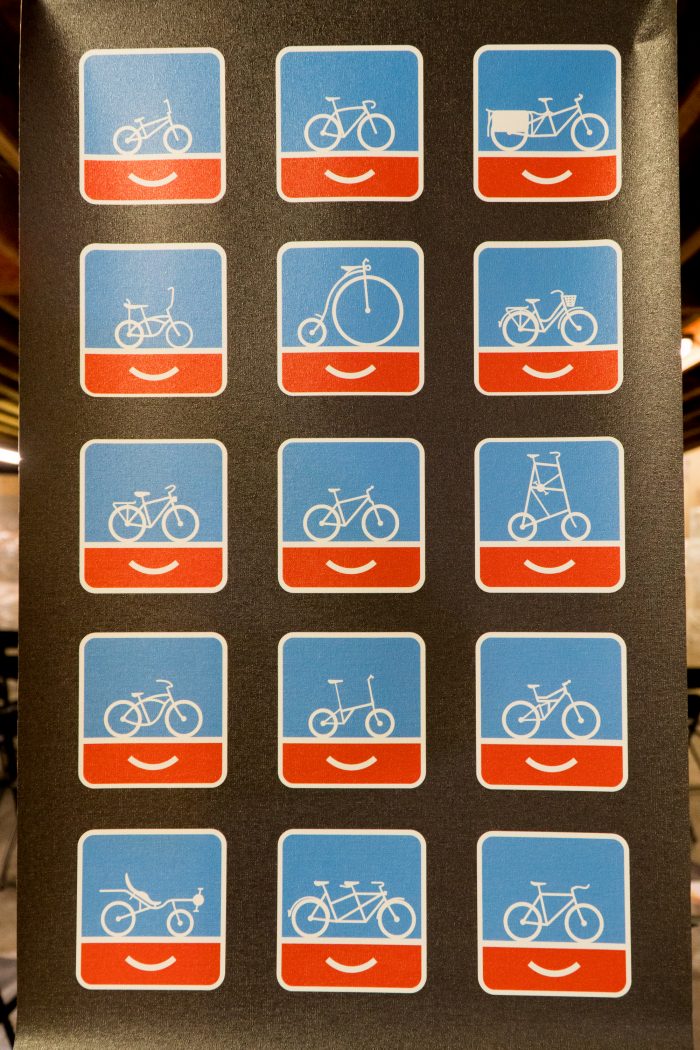 While we are all trying to strengthen our communities and bring more education and awareness about cycling there were plenty of other exciting things happening in our community. We spoke with Rhys Newman the founder of Omata, a new cycling computer that got its start on Kickstarter. He was excited to have his product hitting the market soon and to let everyone know they are expanding and may be looking for some new faces to join their team.

Many others had achievements to speak about and there was a general atmosphere of excitement and joy for all we cherish here in LA. Some spoke about new groups and their rides while others spoke about racing and new products hitting the market. All in all the night was a success and we can’t wait to attend the next one.