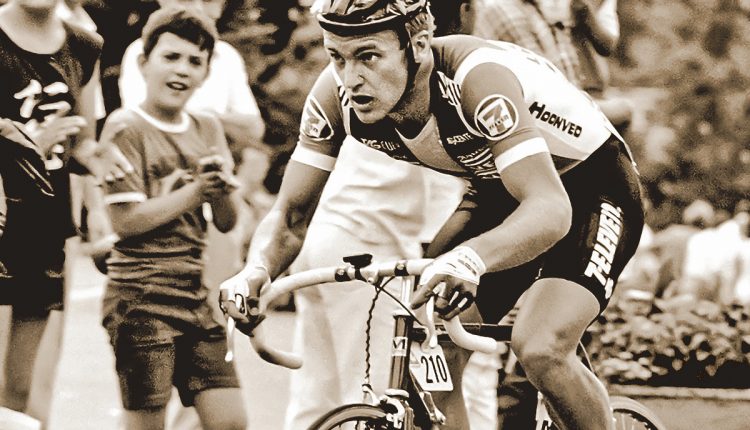 For many who don’t know the name, Alex Stieda is a Canadian bike racer who made history in the 1986 Tour de France by becoming the first North American to ever don the yellow jersey.  That part of the story appeared a few weeks ago, “Throwback Thursday: Alex Stieda’s  Super Day At The Tour de France” and it was a gift to pass-on.

In a later conversation with Alex, I reminded him how we had bumped into each other at Paris Roubaix in 1993 and he said he had never raced in the cobbled classic. It was only after I reminded him that it was when he was there working for Softride that we’s met – which then brought out a whole other chapter of great history.

A NEW BEGINNING
Following his one and only Tour de France participation, Stieda would stay on with the 7-Eleven team for another three years before finally getting let go. Fortunately, Stieda himself was not done with the sport. Here is the rest of his story….

“Yeah, 1990 was my last year with the 7-Eleven team because it had become the Motorola team with a heavy European influence. “Och” (team manager Jim Ochowiscz) was good about it, but he couldn’t come up with a contract for me to race in North America which is really where I raced the best.

“Near the end of the year I headed down to Las Vegas to attend the Interbike show which is something I always liked to do so I could check out all the new bikes and equipment. While I was there I walked passed the Alsop booth where they had a bike mounted on a trainer with a roller that was full of small obstacles. The bike had their Softride beam mounted on it and when I rode the bike I was like, ‘Whoa this awesome!” and my immediate thought was how it could apply to racing.

“At the time I was in negotiations to join the Canadian based Evian-Miko team, but after riding the Softride bike and talking to the folks from Alsop we made a deal where they would subsidize part of my contract with Evian if I could ride a “beam bike.”

“The bikes the team was riding were all traditional Argon 18 bikes, but I had a special frame made that was designed to use the Softride beam. Not many people understood what the bike was doing, but I did win the Montreal GP on it and that made a lot of waves! I remember when I was in the lead I would purposely look for the roughest sections of road to ride over and would lead all the other guys over it. With the beam it was like floating over the holes, but the guys on standard bikes definitely had a harder time!

THE SILVER BULLETS
“In 1992 I made a deal with Len Pettyjohn to join the Coors Light team. That was really great because with guys like Davis Phinney and Ron Kiefel on the team it felt like a 7-Eleven reunion. 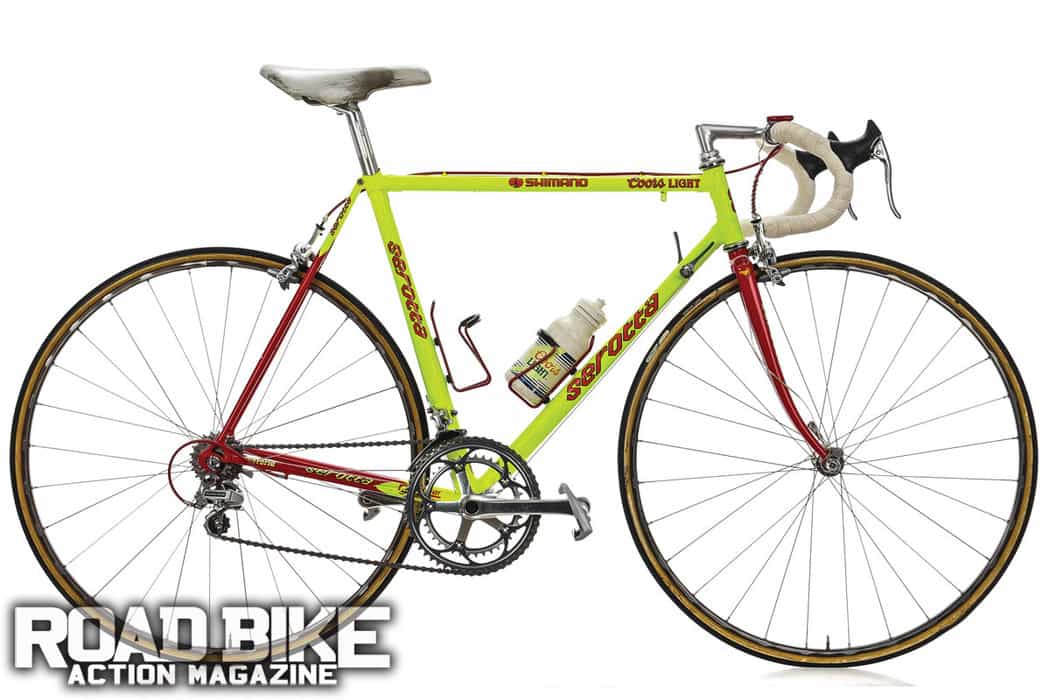 “Just like I did with the Evian team, I was able to make a special deal with Len so I could ride a beam bike. We had Ben Serotta build a up a custom frame that used 650b wheels and the idea was that between the wheels and the frame the bike would be super stiff, but it wouldn’t matter because the beam was there to provide me with a suspended ride.

“Len actually liked the idea because he knew it would draw more attention to the team, but I did catch a lot of flack from my teammates for riding that bike and it never really took off because of the added logistics of having to include the smaller wheels and separate parts.

BOUNCING TO ROUBAIX
“By the 1992 season I was 31 years old and starting to think more and more about what my post-racing life would look like. While I was still racing for Coors Light I would make it priority to try to visit local bike shops and see if I could get them interested in the beam bike.

“Eventually, Softride realized that I was more than just a bike racer, so they offered me the job of National Sales Manager. My wife and I moved to Bellingham and it was the weirdest thing – I had an office and a computer, but I didn’t even know how to type let alone how to turn the computer on!

“By then, in addition to the Softride beam, Alsop had begun making a suspension stem and really the only place where it would make sense to use that on a road bike was at Paris-Roubaix.

“I’m not really sure how the deal with the MG Bianchi team happened, I just remember making some handshake deals in the team’s hotel parking lot in France so that the riders would use the stem. Prior to any of the riders using the stem, I had told them that the one thing it needed was a lock-out system. The guys at Alsop pushed back and said that a lock-out defeated the purpose of the stem, but I insisted that for a pro road rider, it needed to be locked for the smooth sections so they came up with a design and it worked.

“The race that year was unreal and the fact that Franco Ballerini ended up finishing second just by inches (although he did a victory lap thinking he’s won – ed.) to Gilbert Duclos-Lasalle was huge. Unfortunately, Alsop saw no reason to celebrate the near win – they didn’t understand that even if you finish second you gotta brag about it!

Above is the photo finish between Franco Ballerini and Gilbert Duclos-Lassalle where the latter made history by being the first winner to use front suspension (Rock Shox) while Ballerini was using the Softride suspension stem.

LOOKING BACK
“It is pretty amazing to see so many people from back then still working in the sport today. I’m still surprised by how much the 7-Eleven team means to so many people. I mean, so much unlike the teams of today, we were like a bunch of barnstormers traveling around the country having a blast just ripping it up at the races. The team had a certain magic, an esprit d’ corps really that I think people could recognize. I mean the popularity of the 7-Eleven jersey has definitely stood the test of time right?

“As for the bikes, well, a lot of them came and went, but I held on to my favorite which was the Merckx that Eddy had built for me in 1989. In fact, I rode that at L’Eroica in 2015 just as I had raced in back in the day with the Faema red label rims, the Cinelli crit bars…man after 205 kilometers my hands were wasted!

“It’s funny too, but back then most riders only get one bike for the year. Well, there was that year in ’89 when Eddy made Andy Hampsten like 20 bikes with just the slightest tweaks to the geometry trying to get it just right, but my home bike was my race bike. Back then we just figured, once you got to know one bike so well, why would you ever want to change?!”