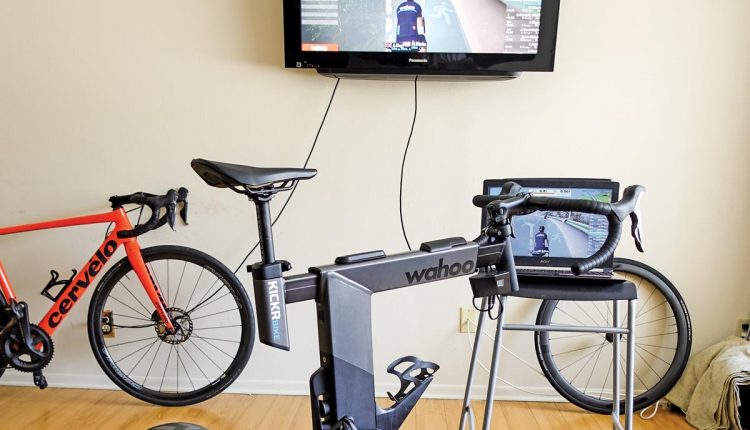 Like nearly every other segment of the cycling market, indoor riding has grown at an immense rate. The proof of at-home riding is evident in the immense success that fitness brands like Peloton have enjoyed this year with a stock price that soared nearly 150 percent since March. Indoor cycling brands like Wahoo, Elite and Zwift have also taken advantage of the growing user base, and longtime cyclists get the benefit.

While indoor training is an essential tool to help maintain fitness during the winter, the growing market of sophisticated programs and tools with improved real-life simulation have taken a major leap recently. Apps like Zwift are becoming more immersive, with direct feedback from pros, as well as us joes allowing for quick tweaks to the game from developers.

A growing list of real-world locations in Zwift, including the Champs-Elysees, London, Yorkshire and a futuristic New York City, are depicted rather accurately, with developers designing the worlds block by block. 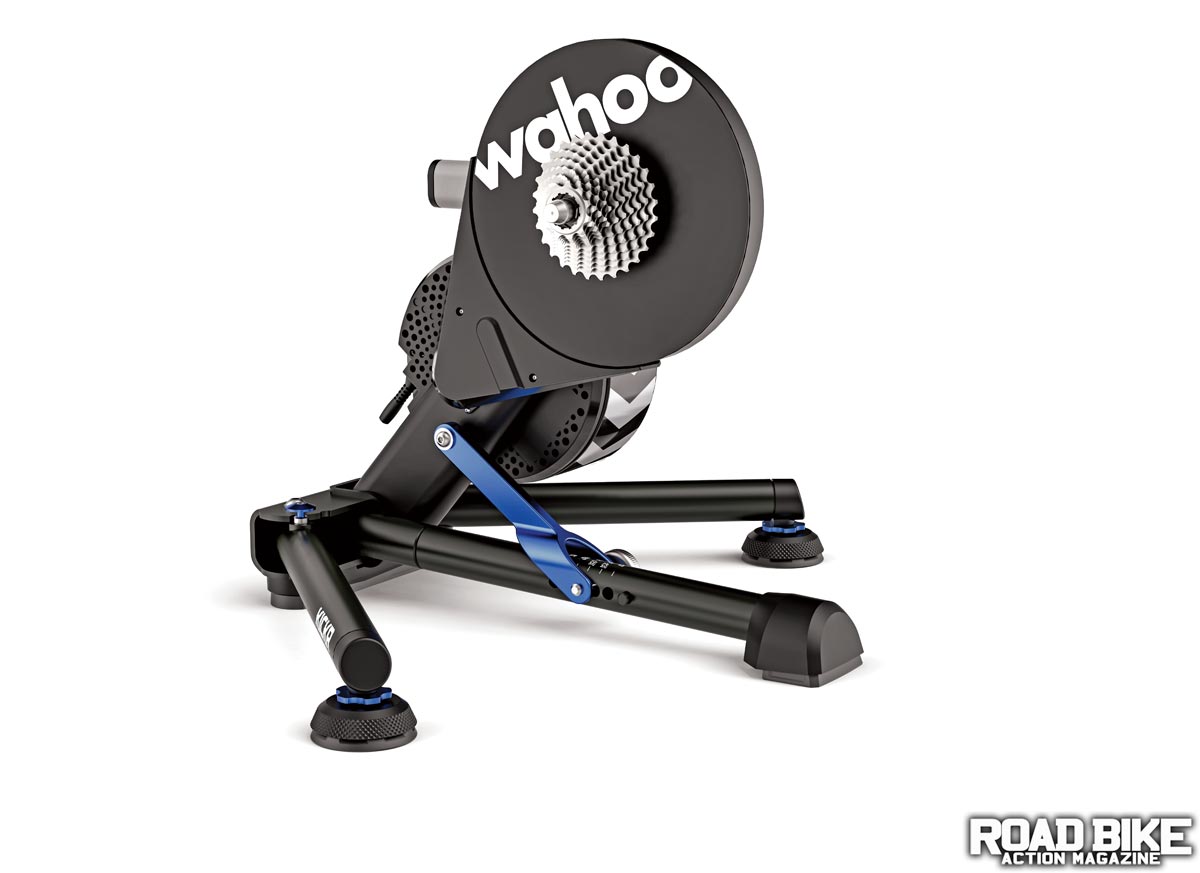 Wahoo released the fifth iteration of their flagship Kickr Smart Trainer ahead of the traditional trainer season. It maintains the same 16-pound, 2200-watt-capable flywheel as the previous version, but Wahoo has improved the accuracy of the power meter from +/- 2 percent to +/- 1 percent.

In an effort to make the already-quiet system more silent, Wahoo added three sets of compression pads that reduce vibrations sent to the ground by pivoting independently. Wahoo claims the pads can be customized by size to better mimic the outdoor riding sensation, and the smallest-diameter pads provide the most feedback, while the biggest provide the most support.

Also notable is the new network port, which allows for a wired connection to the internet via an ethernet cable and an adapter. This allows a direct connection to a home network to minimize data loss and connection dropouts during online activities.

Wahoo designed the Kickr with compatibility in mind. It is compatible with a standard quick-release axle, 12x142mm and 12x148mm thru-axles. An 11-28 Shimano 11-speed cassette is included, but the Kickr can run 8-, 9-, 10- and 12-speed cassettes with the proper adapters. ANT+ and Bluetooth connectivity allow for a wide range of compatible accessories.

Elite has evolved its Direto line of interactive trainers and has upgraded the Direto to the top spot in the Italian company’s catalog, replacing the Drivo line. Earning it the top spot is its increased power capacity (up to 2300 watts), increased flywheel weight (up .7 pounds to 9.9 pounds) and 24-percent grade simulation. Elite claims the Direto XR holds the same +/- 1.5-percent power accuracy of its predecessor. Our favorite aspect of the new Direto is that it comes pre-assembled where previous models required assembly of the legs out of the box. 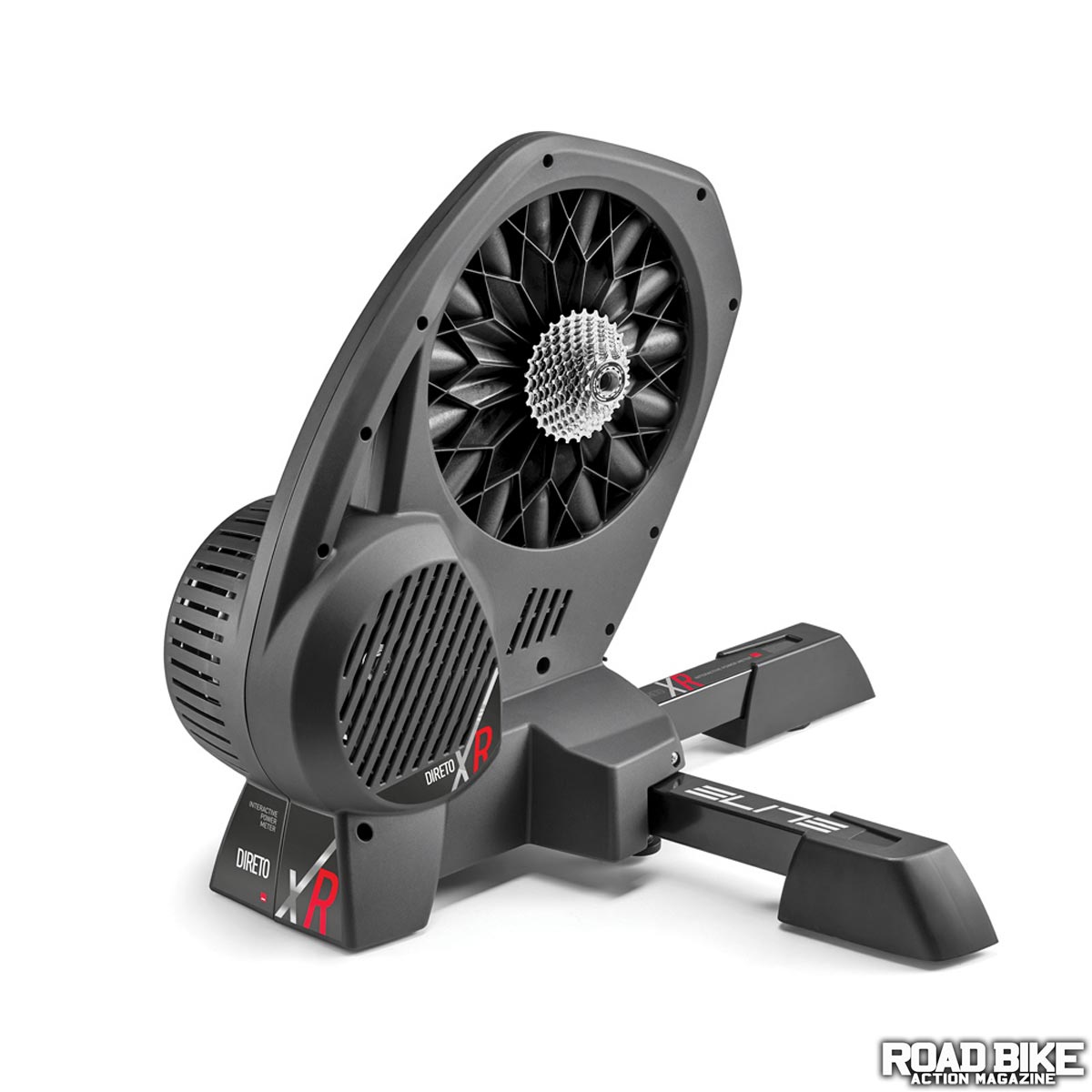 Elite developers enhanced the ERG mode for the Direto to allow the trainer to automatically adjust the resistance of the trainer to meet the desired power output of the rider. Elite has enhanced the responsiveness of the flywheel for an impressively quiet and smooth ERG experience. The added power capacity is still about 1000 watts too high enough for us to reach, but real beefcakes might have a new trainer to consider. 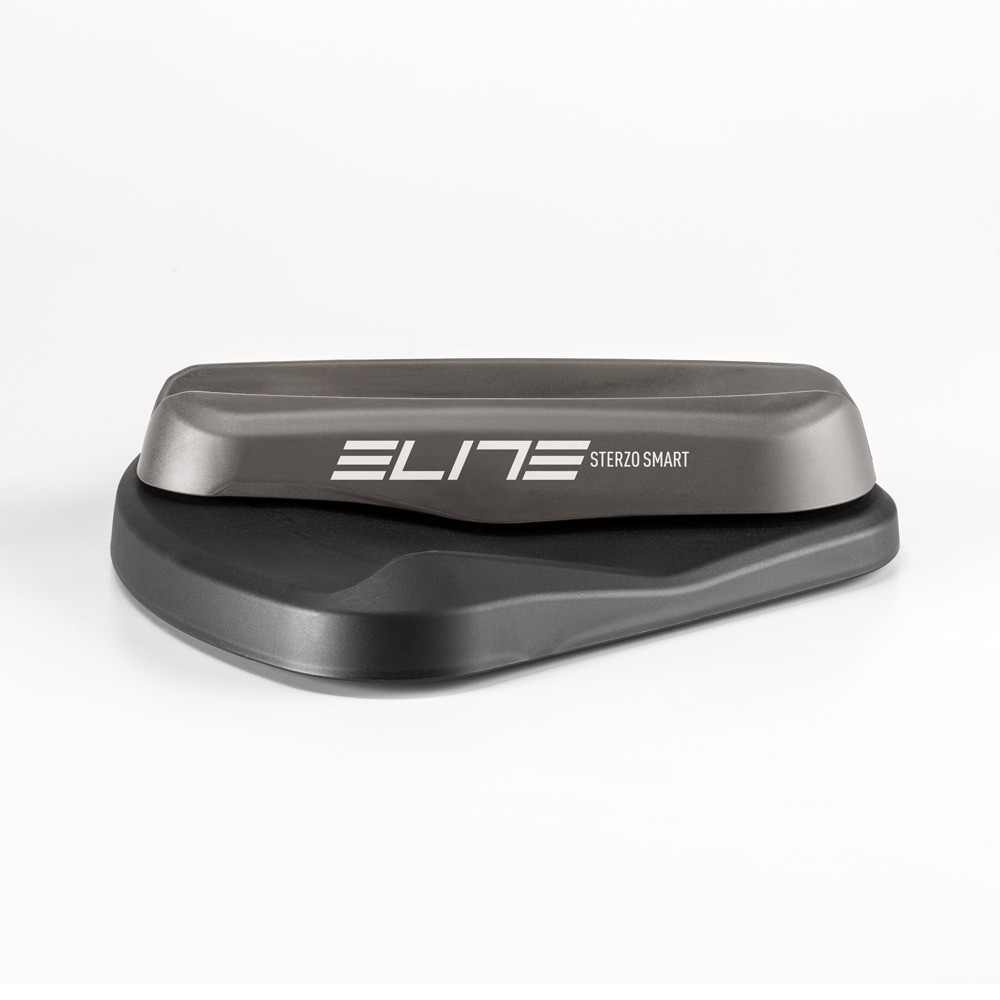 Elite launched the Sterzo steering plate alongside Zwift’s FutureWorks steering update. First unveiled at Eurobike in 2019, the Sterzo takes the place of a typical front-wheel block and allows users to turn their handlebar. The unit pivots on a pin and two wheels to offer 34 degrees of steering motion. Mount your smartphone to the center of your handlebars, and the Zwift companion app can send instant feedback to Zwift to allow for real-time steering.

As the name implies, FutureWorks steering is still essentially in its beta stages. When the Sterzo was announced, Zwift offered a challenging two-mile segment of a mountain bike trail to ride. Steering sensitivity is adjustable to accommodate rider styles, but the fact that the steering was limited to the course really held the Sterzo back.

Back in August, Zwift announced it would be expanding steering capabilities to the Zwift universe for use exclusively with Elite’s updated Sterzo Smart. The $110 Sterzo Smart has all the bits inside to automatically connect to Zwift via Bluetooth. This means no handlebar-mounted phone is necessary. The real in-game advantage to steering on the Zwift will come in the ability to shave seconds in corners. Gamers can now steer the shortest, most efficient line on the road.

After some time getting familiar with the Sterzo, we have three key takeaways: First, it requires an extra layer of concentration at all times, which is a big enhancement for the typical mindless spinning of the indoor riding experience. Second, upgrade to the Sterzo Smart. While the original Sterzo is identical on the surface to the Smart version, it pales in comparison because it is little more than a lazy Susan. Until universal steering is compatible through the Zwift Companion app, the short MTB course just doesn’t provide enough immersion for us to justify the $50 price tag of the “lazy” Sterzo. Third, remember that when you’re riding a bike, you should almost never actually turn the handlebars while cornering.

One of the biggest mistakes inexperienced riders make is cornering improperly; instead of turning the handlebars, one should lean and look in the direction they intend to go. The Sterzo promotes steering in a way that does not properly translate to riding on the road, which may lead to riders learning bad habits. However, this highlights the bigger topic of indoor riding not being a real ride at all, something every roadie knows.