Tours of Romandy and Basque Country axed due to virus 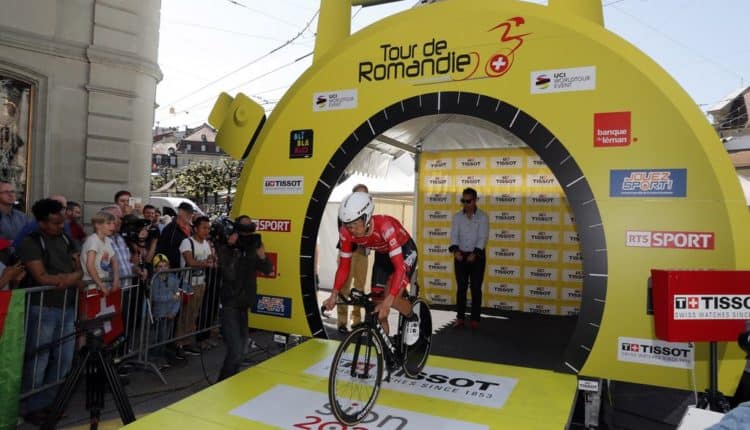 The Tour of Romandy and Tour of the Basque Country have been cancelled due to the coronavirus pandemic, cycling authorities said on Monday.

Run over a week in late April and early May, the Tour of Romandy takes in the Swiss Alps and is seen as a key warm-up to the Giro d’Italia and Tour de France.

Organisers said the Swiss cantons where the race passes through “are considered risk zones by the World Health Organization”.

Last season’s hotly-contested race was won by rising star Primoz Roglic, who then came close to winning the Giro and went on to take the Vuelta a Espana.

The Tour of the Basque Country, due to run from April 6-11 in Spain, was postponed to an unspecified date “in compliance with orders from local authorities”, organisers said in a statement.

They said they had contacted the UCI in order to try and move the race to a later date.

Cycling has been hit hard by the coronavirus outbreak with the abandonment of the UAE Tour late last month after two Italian mechanics tested positive.

There was a sense of shock when the caravan of riders, support staff and media were put under quarantine, where some, including Colombian sprinter Fernando Gaviria, remain.

Then came the cancellation of Italy’s coast-to-coast Tirreno-Adriatico, with the nation’s key one-day Milan-San Remo race also being called off for only the fourth time in over a century.

In a stubborn exception of the trend of postponements the Paris-Nice ‘race to the sun’ went ahead as scheduled last week, albeit with a swathe of teams pulling out and authorities then trimming off the final day.

Last Friday the Giro d’Italia — scheduled for May 9-31 — was postponed after Hungary announced it would not host the opening three stages in and around Budapest as planned.

With around 100 days to go before the start there are still hopes the Tour de France will begin on June 27.