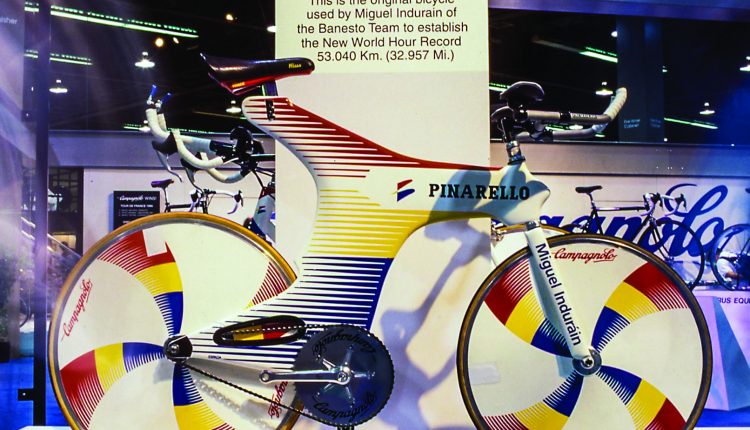 As the story is well told, Campagnolo’s venerable history began in a bike race in the late 20’s when a young racer by the name of Tullio Campagnolo was unable to easily remove his rear wheel due to frost bitten hands.  That was the experience needed for Tullio to return to his garage and design the world’s first quick release mechanism. By 1930 a patent for the QR skewer was filed and by 1933 a new component company, Campagnolo SRL was formed. 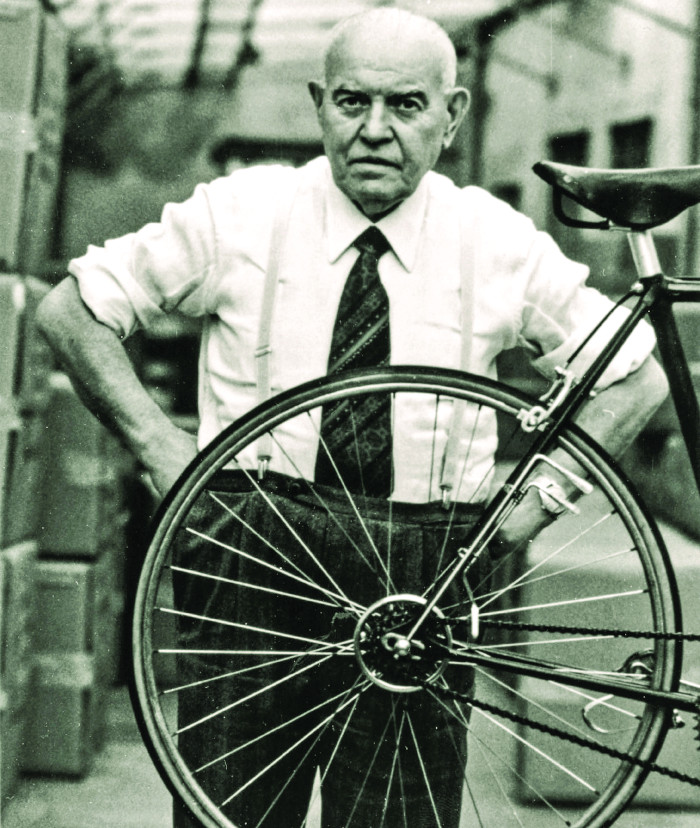 Over the course of Tullio running the ship, some of the sport’s most iconic components have made their place in the history books – both from the good (Super Record) to the less so (Delta brakes).  Beyond the bike parts though, lest we forget that Tullio also invented the Big wine bottle opener which should be a required tool in every kitchen.

Today, the company remains located in Vicenza, Italy under the guidance of Tullio’s son, Valentino. In the competitive spirit of the company’s founder, Campagnolo has never wavered from their commitment to designing quality bicycle components  with a focus on racing performance.

From derailleurs to wheels and bottle openers, Campagnolo remains one of the most venerable names in the sport.  And it’s along those same lines that the brand has enjoyed an association with some of the greatest riders in the sport. Recently, Campagnolo compiled their own list of the top five riders in history whom they most closely align themselves with.

In Campy’s 89-year history, many riders have reached legendary status using Campagnolo products, but according to “The House that Tullio Built” these are the five  that count the most.

The Five Icons Who Used The Iconic Equipment
Eddy Merckx

Where else could we start but arguably the greatest cyclist to have put power to the pedal. The Belgian’s certainly the most successful, winning 525 times including a record-equalling five editions of the Tour de France.

He was also the first Belgian to win the Giro d’Italia in 1968, going on to win a further four times. Seven Milan-Sanremo titles, plus five Liege crowns, Flanders, Roubaix, Lombardia… you get the picture, Merckx won it all.

In his time, Merckx used countless items from Campagnolo’s range including the Campagnolo Nuovo Record groupset, which was introduced in 1967.

The industry-changing Nuovo Record was lighter than previous efforts, as it was made from aluminum rather than chromed bronze. Its popularity saw it remain in production until 1987. 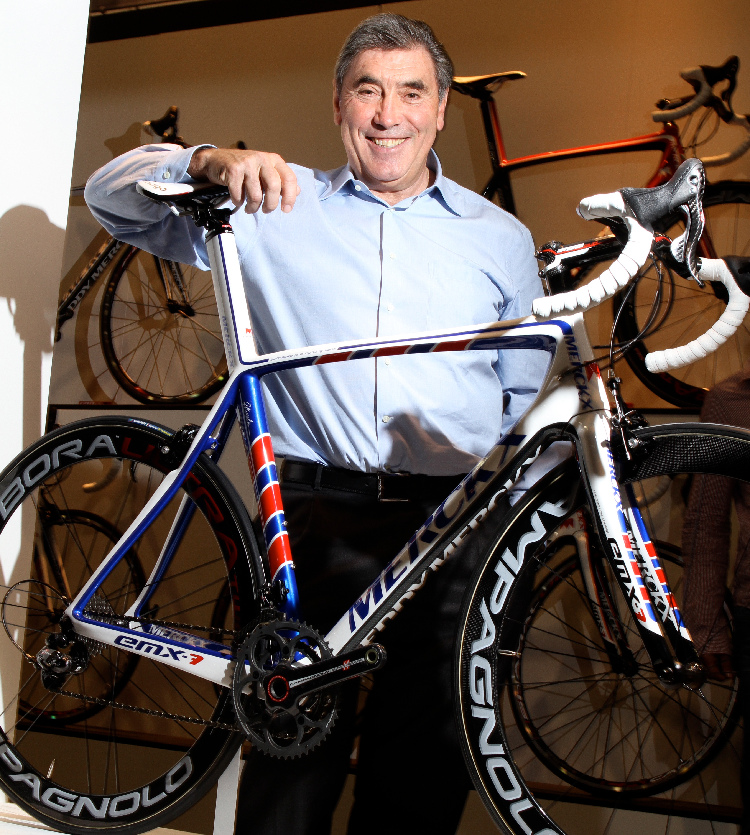 Merckx went on to form his own bike company. The line-up included the Professional steel model, complete with downtube shifters, that featured Campagnolo’s 50th anniversary groupset.

The Italian had the honour of becoming the first rider to win the Tour de France using a Campagnolo groupset. That was in 1948 – Bartali’s second Tour triumph a full 10 years after his first.

The hiatus was down to World War II, where in 2010 it emerged that Bartali had helped carry documents to the Italian Resistance. It also came to light that he’d hidden a Jewish family in his cellar, an act one of the survivors said saved their lives.

American Greg LeMond won three chapters of the Tour de France and could have won more if it wasn’t for a shooting accident in 1987 that nearly ended his life.

His first victory in France came in 1986 in an historic duel with the team-mate Bernard Hinault. By 1989 he’d fully recovered from the shooting accident and won his second title, overturning Laurent Fignon (who used Campagnolo Super Record on the way to winning the 1984 race) and his 50-second lead on the final time-trial stage into Paris.

LeMond’s career was very much focused on the Tour, though he won the World Road Race Championships twice, in 1983 and 1989.

LeMond passed the baton to the Spanish powerhouse that was Miguel Indurain, who won five Tours in succession from 1991 to 1995.

Indurain earned the nickname ‘Big Mig’ on the account of his size – at 6ft 1in and 76kg, he wasn’t your normal GrandTour winner. But any potential time lost to lighter climbers was compensated for by his incredible engine.

That same engine – one where he became famous for a resting heart rate of just 28bpm – made the time-trial core to his Tour victories. In fact, so strong was the Spaniard on the TT that he won the world title in 1995 followed by the Olympic title 12 months later.

Incredibly, Campagnolo won nine editions of the Tour de France in the 1990s with Indurain winning all of his using Campagnolo Record. Marco Pantani won the 1998 title using Record Titanium.

Mario Cipollini. Even the name flows with a certain flair. And the Italian certainly had that in abundance, his showmanship matched by his incredible sprint qualities – qualities that saw him win 170 times in his professional career.

Between 1993 and 1999, Cipo stormed to 12 stage wins. But it was on home soil at the Giro d’Italia where Cipollini really excelled, winning 42 times and claiming the sprint classification title three times between 1992 and 2002.

“Cipo” utilized the seamlessly shifting of Campagnolo for many years, though the world’s finest groupsets were (for once) often overshadowed by Cipollini’s flamboyance.

He became infamous for the brashness of his speedsuits, which included a muscle suit. He was fined for the anatomical outfit, but the suit raised nearly 100 times the fine at charity, selling for $43,710. 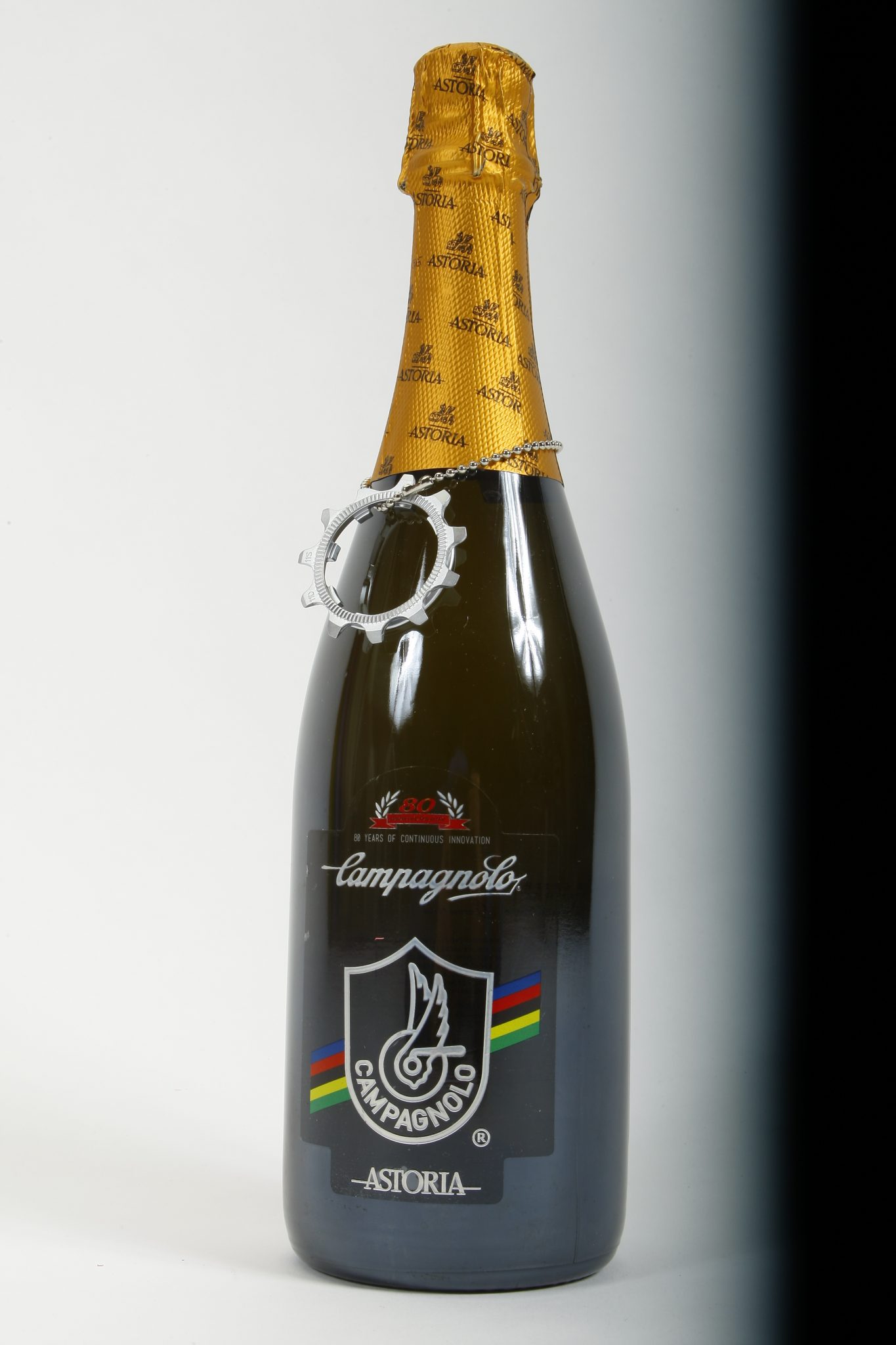