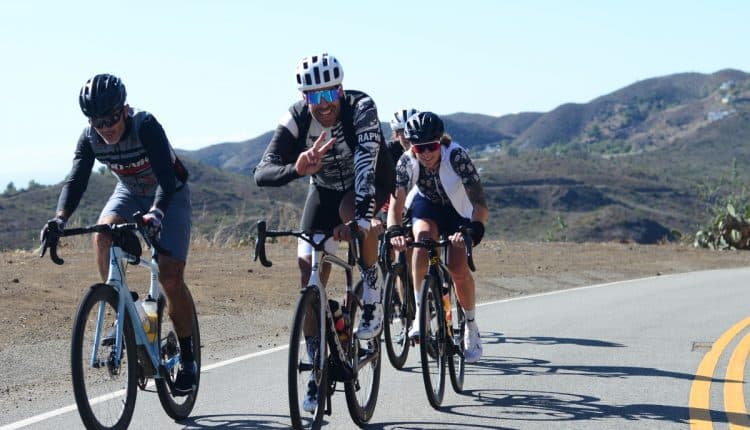 After missing in action for two years during the Covid era, the Mike Nosco Memorial Ride came roaring back to life on November 3 has another reminder of what a positive impact a community of cyclists can have on the world.  Much as been spoken about a local cyclist by the name of Jack Nosco. It was his brother Mike who was killed in a crash that eventually set the MNMR in motion.

In the years since, and with an army of dedicated volunteers helping out, the annual ride has raised hundred’s of thousands of dollars to help a wide variety of recipients in need of some assistance as they deal with ill health. And unfortunately, there have been many – like  Tate MacDowell – who have not survived. It is in their memory and struggle that the Nosco ride continues to attract so many devoted fans.

Unlike every other massive group ride, what makes the Nosco ride special  beyond it’s stated aims to provide aid, is that it is free of charge.  What other group ride is there that offers a marked ride with sag stops, neutral support and sumptuous post-ride feast for nothing more than a signed release?! Welcome to the Mike Nosco Memorial Ride – where passion and care for others is the rule of the day.

ZAP’S COLUMN: WHY A SKINNY GUY NAMED TATE IS A HERO