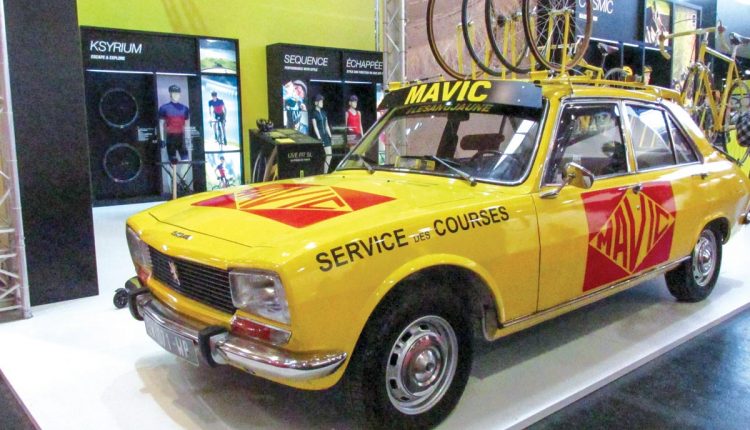 Founded in 1895, Mavic pioneered the sport’s first use of non-wood rims when Antonin Magne rode into the yellow jersey at the 1934 Tour de France using aluminum rims that had famously been disguised to appear like they were made of wood. In the years since, Mavic has pioneered some of the most progressive wheel technology that the sport has known.

However, while their world-renowned “yellow car” neutral tech service at the Tour de France (began in 1973), was a branding affiliation of dream-like proportions, over the last decade Mavic had fallen behind on the tech and sales front, which has been best evidenced in the precipitous drop in the amount of OEM wheel spec. Not even their clumsy purchase of Enve  for a cool $50 million helped turn things around.

Now comes the news that the vaunted French wheel maker has gone into receivership. Ironically, Mavic is actually owned by an American investment firm, but the U.S. and French are separate business entities, so it remains “business as usual” for Mavic USA, though what they are able to accomplish with the French offices and factory in financial straits is up to question.

Even when the internal width of their wheels remained too narrow, we’ve always recognized and appreciated Mavic’s passion and dedication to the sport. And, while not good for a wheel company, their soft goods are first-rate. We wish Mavic the best in sorting things out.