The People We Meet: Ted Cizma

Turning circles and feeding the masses 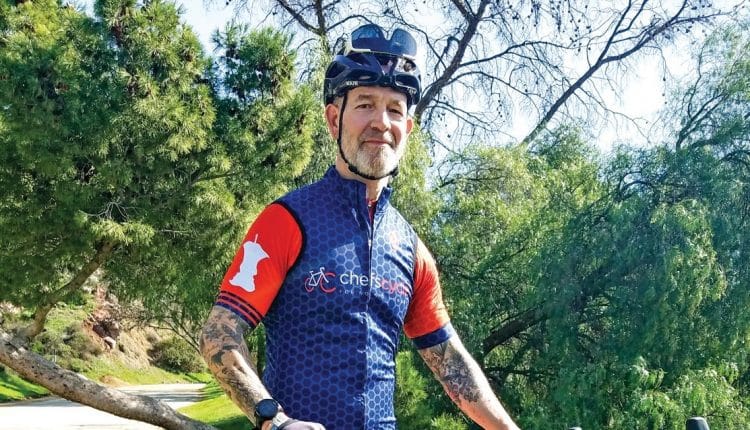 How old were you when you started riding?

I think I was 5. Bikes were a big part of my youth. It seems like all we did was ride our Schwinn Stingrays around. Of course, we built ramps and jumped them into the ditch in front of our house, often cracking the frames. My dad had a welding rig, and my brothers and I, as well as the other neighborhood kids, were frequent customers. After my dad warned us that henceforth he wouldn’t be repairing our bikes, we fixed them with hose clamps and duct tape. When BMX started getting popular in the late ’70s, we swapped out our slicks for knobbies and ape hanger bars for moto-style bars.

I’m currently the executive chef at SpaceX (eight years). Elon Musk hired me in 2011 with a mandate to build a restaurant in the center of SpaceX HQ. The only requirements were that it look like it belonged in a 21st-century rocket factory and that it be “badass.” I designed and built the food service facilities and now have a staff of about 200 serving over a million meals a year in four states.

How did you get into road bikes?

My wife bought me an aluminum Specialized for my 46th birthday. I was running a resort in Sedona, Arizona, at the time, and our recreation director was a retired pro cyclist. He became my bike mentor. We started doing early-morning rides wherein I would spend the entire time just trying to keep him in sight. My first organized ride was a 58-mile race in Prescott, Arizona, with 7500 feet of climbing. I didn’t finish last.

I did L’Etape three years ago on the Mt. Baldy stage of the Amgen Tour of California. We had a perfect combination of great riding partners, amazing vistas and maximum effort. Also, I should mention that any ride with my kids is the best ride.

For me, disc brakes. I do a lot of climbing and descending, and I love the confidence they give me.

What’s up with the Chefs Cycle?

Chefs Cycle is a fundraising endurance event featuring award-winning chefs and members of the culinary community fighting hunger outside the kitchen. For the past four years, Chefs Cycle has engaged the culinary talents who want to push their limits by completing a three-day, 300-mile ride while raising funds and awareness in support of No Kid Hungry. This year’s ride will take place May 14–16 with a goal of 275 chefs riding to help raise $2 million, which translates into 20 million meals for kids facing hunger. See www.chefscycle.org.

What does the outside world need to know about the chef world? 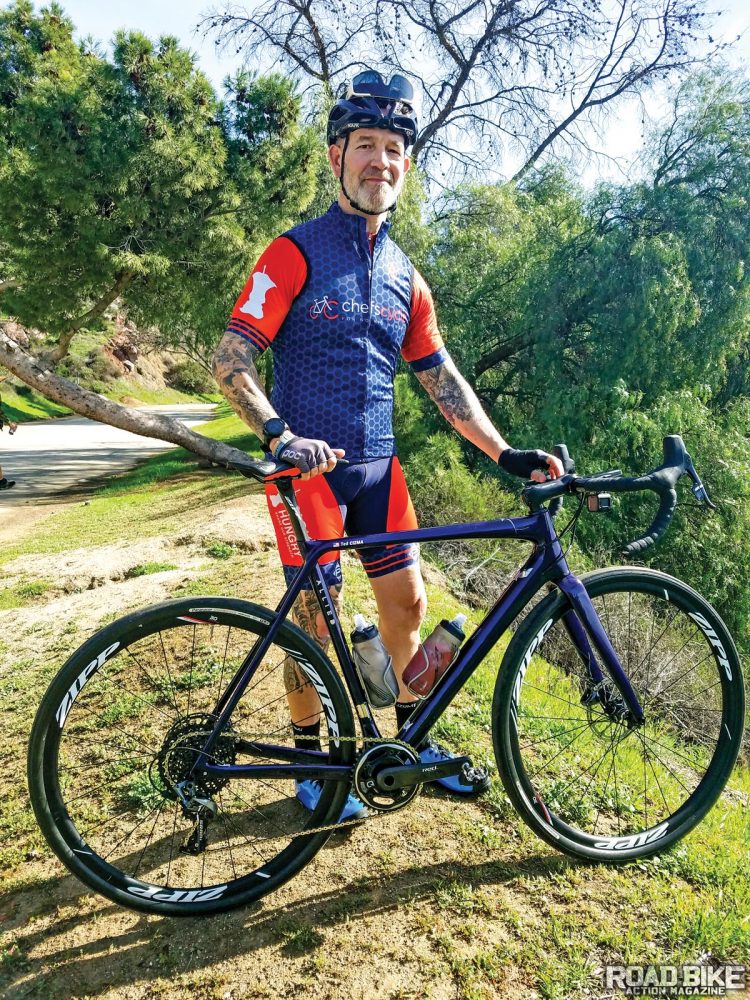 It’s not what you see on TV. The media has painted a very romantic picture of what it is like to be a chef. Most of the culinary world labors in obscurity for low wages, long hours and little appreciation. It is much more a lifestyle and a calling than a career.

With a long ride in mind, what’s your best pre- and post-ride meal?

Pre-ride, I prefer protein versus a ton of carbs. Eggs, lean meat. The exception is my overnight steel-cut oats, which I make with coconut flakes, walnuts, dried bananas and coconut milk. I only eat a few ounces, though, to avoid intestinal distress during the ride. During the ride I prefer homemade peanut butter chocolate chip cookies. Since I usually ride early, my post-ride tends to be breakfast—more eggs, bacon and the occasional donut—depending on how many kJs I burned.

What’s the one thing you can’t do without when you’re cooking?

My key ingredient is clarified butter. I use it wherever oil would normally be called for.

EATING AT NIGHT: IMPROVE YOUR RECOVERY AND PERFORMANCE