The Rainbow Shines In Tuscany 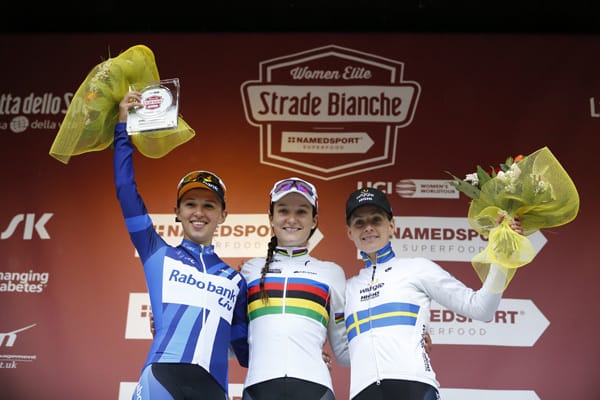 Speaking seconds after the finish, a victorious Lizzie Armitstead said: “It’s amazing to win the first UCI women’s WorldTour event and this race is absolutely special. After winning in Belgium last week, thankfully I’m not affected by the curse of the rainbow jersey. I managed to honour it again today. We’ve shared the work in the last 10km with my two breakaway companions and I pulled away on the climb. It worked out really well.”