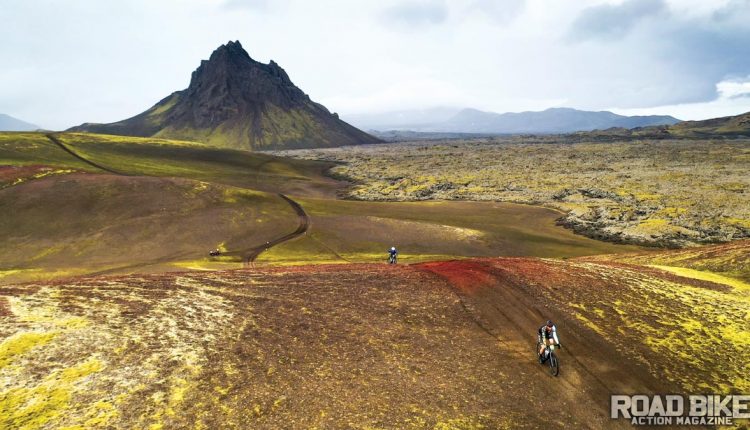 It was back in 2017 when I was visiting the Lauf crew for the launch of their first-ever complete bike, the True Grit, (RBA, November 2017) that I got a hint that the Rift race was in the works. As it turned out, the route we rode that week four years ago was the initial test run for the race. Fast-forward a year and it was official—the Rift would be Iceland’s first-ever gravel race and a perfect tool to introduce even more people to the breathtaking topography that Iceland offers those who are willing to battle the elements.

While the majority of Iceland’s population lives in Reykjavík, the outer edges of the island are littered with small villages and cities, while the center of the island is nearly uninhabitable for the majority of the year. Only a few summer months allow for exploration and access to the barren highlands that are in a way a volcanic desert. Only a few plants and types of moss are able to grow because of the way the water is so quickly filtered through the soil with the added stress of the brutal winter.

The city of Hvolsvöllur was chosen to host the inaugural race, thanks to its larger size (population around 600), number of available housing options, easy access to the highlands and all within a 90-minute drive of the capital city. It is also the home of the Lava Center, where visitors can learn of the formation of the island, as well as the history of volcanic activity.

A QUESTION OF WEATHER

The weather in Iceland is best described as unpredictable, but still fairly easy to plan for since the temperatures in the summer stays in a fairly narrow range of 30–60 degrees. The harder part is predicting the elements that you will have to layer for, but rain is almost always a given.

The weather also changes in an instant, and the crew at Lauf know this better than anyone. This is why they didn’t set a start time until the day before. Luckily, the sun only sets for about three hours each day, which gave participants plenty of daylight to explore and find their way. 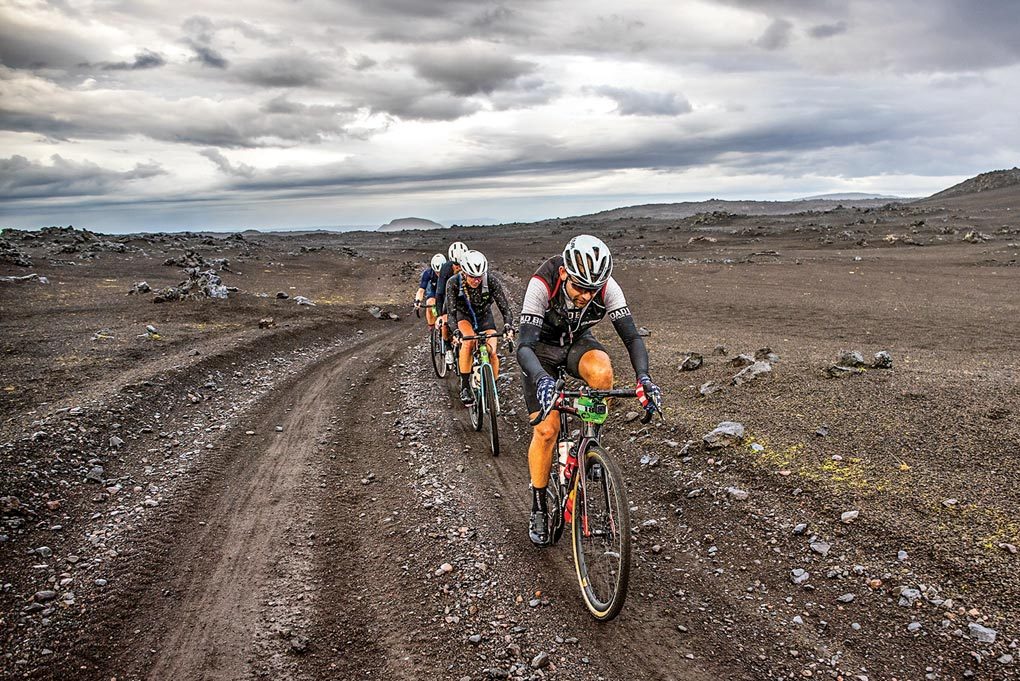 The Rift offered two course options—the 200-kilometer (124-mile) loop or the 70-kilometer (43-mile) out-and-back. For the 2020 version there will be three options with the same 200-kilometer full route or 100- and 45-kilometer out-and-back versions. All of the options start and finish at the Lava Center, making it very easy to plan for no matter which distance you choose.

The 200-kilometer version was my only option and circles around Hekla, one of the most active volcanoes in Iceland. Since I had already ridden all of the dirt sections in 2017, I wasn’t worried about the 6000-or-so feet of climbing. I also knew that almost 90 percent of that climbing would be in the first 45 miles, leaving the end of the race up to the wind’s direction.

“It was at mile 62 when we met up with about 15 miles of washboard dirt road and a 30-mph tailwind, which kept things fast and jarring. This is where the Grit fork would have been most beneficial.”

That is part of the equation that I think most people underestimated when planning for the Rift. The winds in the highlands are intense, and in 2017 we had one day of riding with sustained winds over 50 mph and gusts over 60 mph, making for slow-moving. The most talked-about part of the course was the water crossings. However, I knew that after a winter that had minimal snow the water levels would be low but still glacial cold.

There were four supported stops, with the first coming a bit early and also acted as the turnaround for the shorter route. The second stop was at mile 60, and the miles between the two were some of the hardest, so I planned to do the entire race self-supported. I knew three water bottles would be more than enough, since all the water crossings could double as water refills if needed, and the second half would be where water would be scarce. 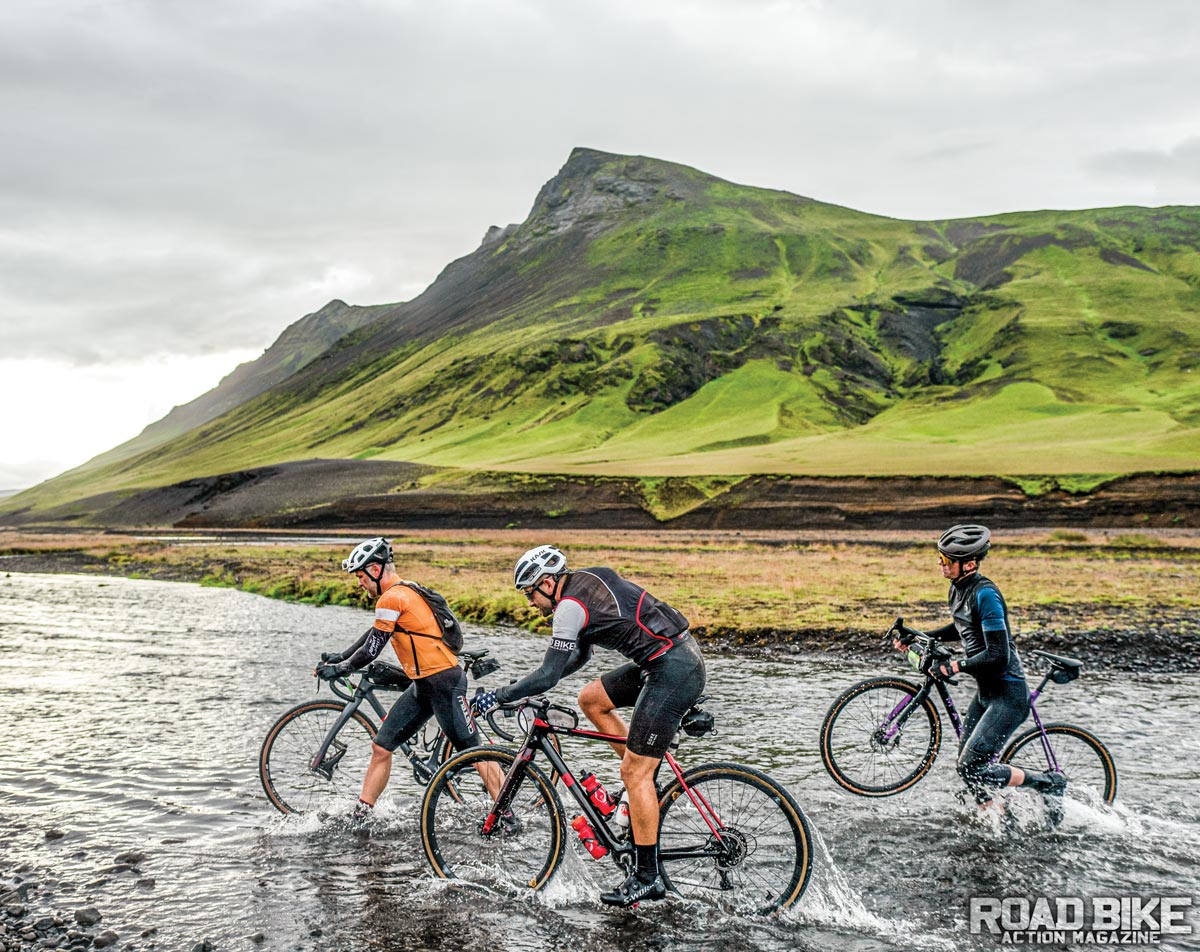 Prior to the race I was asked what the ideal bike would be, and my answer every time was anything with a Grit fork. The locals know this best and designed the short-travel Grit suspension fork specifically for this kind of terrain. And yes, while their True Grit model is the bike that the Grit fork was designed for and would’ve made bike choice easy, I was leaning towards the 2020 GT Grade that I’d ridden at the DK 200 that was built with the Lauf Grit fork. I knew the GT would be awesome with the added compliance provided by the glass fiber in the seatstays. However, despite all that, in the end I instead chose to forgo the suspension fork, opting instead on Lauf’s rigid Anywhere model that was spec’d with their new Smoothie handlebar.

Knowing there would be a swarm of True Grit bikes, I also wanted to be a bit different. I ran a SRAM 1x setup with a 42t chainring and an 11-42 cassette (I would have preferred a 10-42 or better the ethirteen 9-42). I did think a 2x would be ideal for this course, since there was no mud and speeds can vary dramatically depending on the wind. 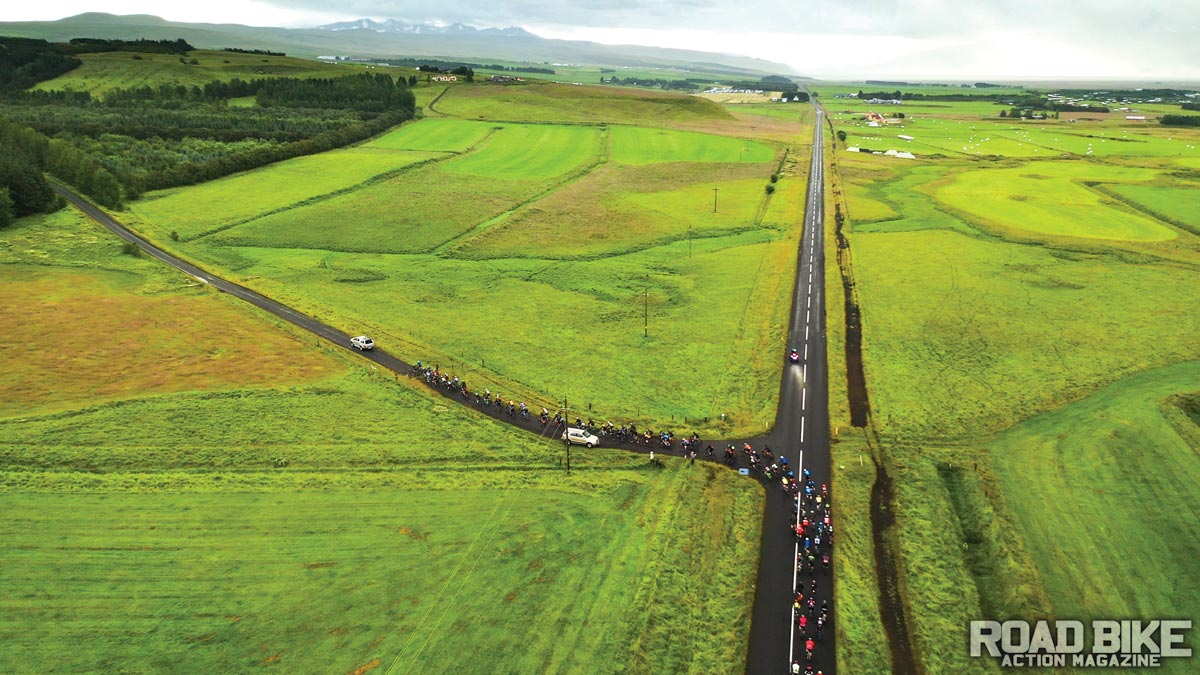 Let’s be honest here, I wasn’t there to race, I was there to take in the majestic route and push myself and my equipment. The rider list was stacked with some of the sports top racers all itching for a podium position and I knew I was just a participant within the same event. I also knew that if I could hold onto one of the lead groups for the first 30–40 miles I would have a pretty good finishing time.

“The winds in the Highlands are intense, and we had one day of riding with sustained winds over 50 mph and gusts over 60 mph, making for slow-moving.”

So that’s exactly what I did. I held onto a group that was working pretty good together but was slightly over my ability. They helped block the headwinds as we gained altitude. At around mile 40 the climbing got steeper, and I snapped off the back of the group, leaving me solo in the wind, sun, rain, hail and short bit of snowfall. We had on and off rain throughout the first half, and it seemed that as we got deeper into the highlands the less predictable it was. I would round a corner and there was a completely different weather pattern.

Since most of the climbing included a headwind, average speeds were low but power numbers were high. The terrain on the first 20 miles was rocky with very smooth sections in between, making it a bit like dodging mines. There were also a fair amount of divots and holes that were filled with water, making them hard to gauge how deep they were. From mile 30 to 60 things were a bit smoother and faster, but the steep climbs were soft, and then followed by steep and technical descents due to the rain ruts. The last river crossing for a long time was around 62 miles, but that’s about when things got tough.

It was at mile 62 when we met up with about 15 miles of washboard dirt road and a 30-mph tailwind, which kept things fast and jarring. This is where the Grit fork would have been most beneficial. This dropped us onto the smooth and paved highway for seven miles before we turned back onto side roads that were a mix of paved and dirt with short, punchy climbs. This lasted until around mile 100 when the road funneled down to a narrow and rocky access road for a 14-mile section and some paved rollers back to the Lava Center. 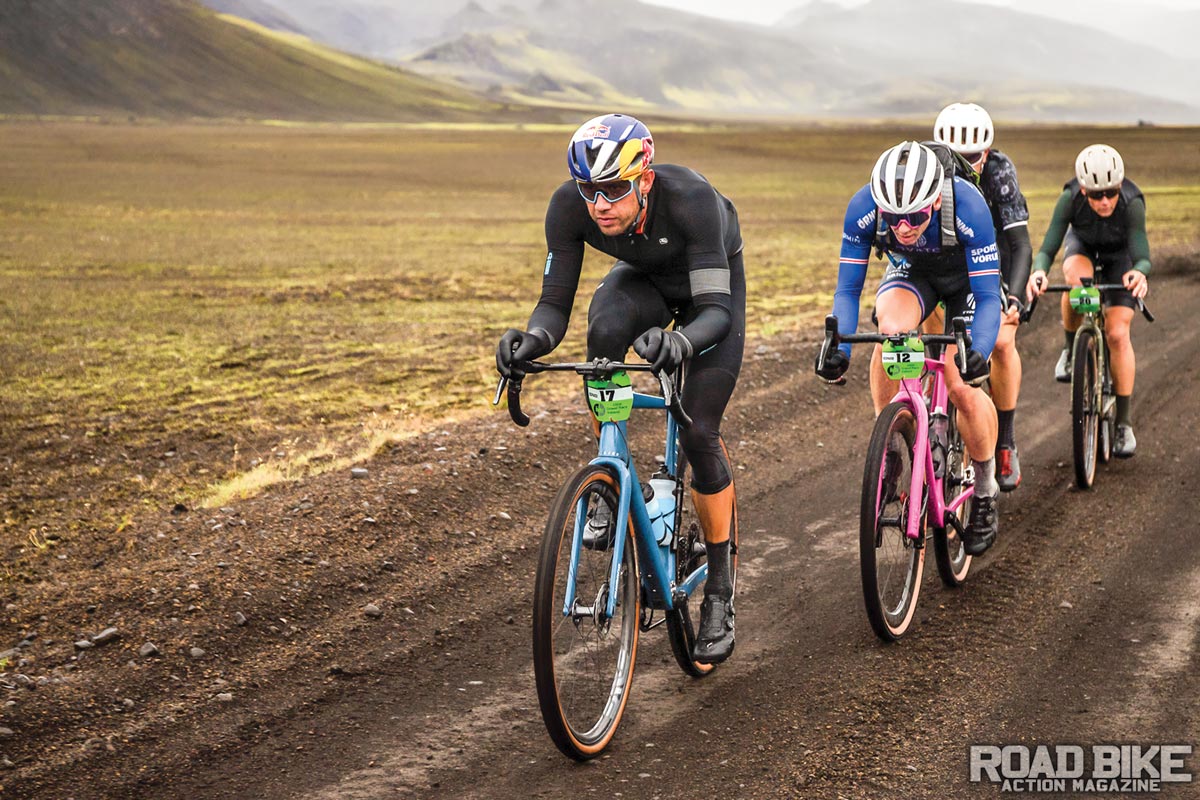 The 2019 version of the Rift was sold out at 250 riders, and over 80 percent of those participants were from other countries. For 2020 the race sold out within an hour and was capped at 500. There was a pre-registration for those that had participated in 2019, and over 200 people signed up to come back for more.

Like many other rural races that offer a unique, challenging but fun event the growth is limited because of the housing options. The team behind the Rift is working hard to come up with creative ways to get more beds available for participants and their families. If there is one thing that I recommend, it is to sign up early and then plan to stay for a few extra days and explore more of the island. It is a spectacular destination that is unlike any other we have ever visited—just don’t forget your hiking boots and rain jacket.

Photos: Courtesy of The Rift