The coronavirus pandemic has thrown this summer’s Tour de France out of joint but organizers believe they have risen to the challenge by announcing a two-month delay.

It is not the first time cycling’s premier event has been under threat. Officials are hoping the August 29 launch date in Nice, the latest start in the Tour’s 116-year history, will ensure it survives once more.

We take a brief look at previous hurdles the Tour de France had to negotiate:

In the Saint-Etienne region during the second edition of the race in 1904 supporters of local favorite Alfred Faure physically assaulted his rivals. Shots were fired to restore order in riotous circumstances. There was so much skulduggery going on, the top four finishers were all disqualified. Henri Desgrange, the founder of the Tour, said at the time: “The Tour has been killed by the passions it has aroused”.

The day the 1914 Tour de France began, Archduke Franz Ferdinand of Austria was assassinated in Sarajevo. The Tour would make it to Paris on July 26 just two days before the Austro-Hungarian Empire declared war on Serbia, setting the stage for the outbreak of the first World War. Belgian Philippe Thys won the Tour that year, the last until 1919.

The 1939 Tour embarked without the German, Italian or Spanish riders and avoided the north and the west regions altogether. It ended less than five weeks before France and Britain declared war on Nazi Germany. The Tour was not raced again until 1947.

In 1982, some 300 steelworkers, striking over job losses in the northern French town of Denain, blocked the road for the team time-trial, causing the stage’s cancellation. The Tour has been targeted many times by strikers but had never lost a stage before or since. However, in 1978 the first of a two-part stage was annulled when the riders themselves put their feet down and refused to continue over a lack of rest time, stopping just short of the finish line. 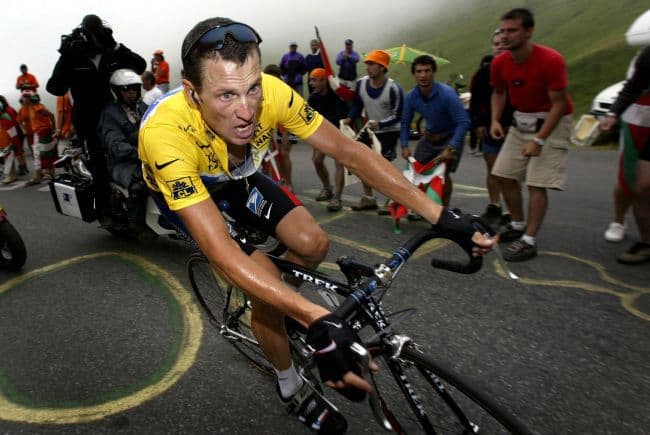 While France was celebrating winning the World Cup in 1998 cycling was struck in the heart by the so-called Festina affair when customs officials stopped a vehicle laden with doping products. There was a media storm as police raids and arrests led to the Festina team being thrown off the race as the peloton staggered into Paris on a Tour that ended under a cloud and at one time looked unlikely to finish.

The world’s love affair with the Tour was sorely tested in the ensuing years when cycling fell under the spell of US Postal’s Texan rider Lance Armstrong, who won from 1999-2005. Armstrong was eventually stripped of his seven Tour de France titles after admitting to doping. The American is seen as a pariah not only because of the doping but also because of how he used his power and influence at the top of the sport to intimidate others while trying to keep a lid on his cheating.

The Tour is Saved, but What Does That Mean For the Rest Of The UCI Calendar?