The perfect tune-up for the Tour de France 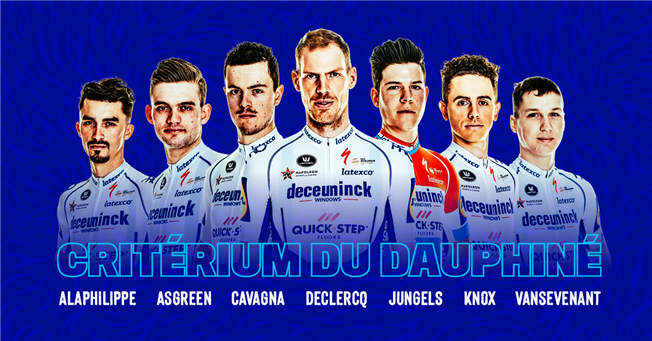 Taking place between 12-16 August, the shortened  Critérium du Dauphiné won’t include any stages against the clock, but instead will feature a series of demanding climbs, making it a perfect preparation for the Tour de France. Starting from Clermont-Ferrand, the capital of the Puy-de-Dôme department, with an undulating stage to Saint-Christo-en-Jerez, where a punchy finish awaits, the race will head into the mountains as early as the second day, when the riders will tackle the first summit finish, on the Col de Porte (17.5km, 6.2%).

Saint-Martin-de-Belleville (14.8km, 6%) and Megève (twice) is where the fight between the overall contenders will continue until the end of the week, each of these demanding finishes coming at the end of short but intense stages punctuated by several brutal climbs, that are expected to seriously whittle down the bunch and make for some significant gaps in the GC.

One of the main protagonists of last year’s edition, when his aggressive riding helped him win a stage and take home the polka-dot jersey, Julian Alaphilippe will lead the team’s aspirations at the 71st Critérium du Dauphiné. Runner-up at Milano-Sanremo, where his attack on the Poggio sparked the key move of the race and brought him a fifth Monument podium, Alaphilippe will be joined at the start by Kasper Asgreen, Clermont-Ferrand native Rémi Cavagna, Tim Declercq, Luxembourg Champion Bob Jungels, James Knox, and neo-pro Mauri Vansevenant, who will be making his debut in a World Tour race.

Deceuninck – Quick-Step sports director Tom Steels previewed the French event: “Dauphiné will be a very hard race, maybe one of the toughest of this season: five stages, five uphill finishes, and with four of these stages being quite short, it means it will be full gas from the start. The weekend will be particularly hard, with each of the two days packing some 4000 meters of vertical meters, which could lead to some big gaps in the standings. We have a strong team and we hope for a stage win, but also for the riders to come out of the race with a good condition and feeling.

Looking Back: A Day In The Team Car At Tour of Turkey