Who will we see lining the roadways?

The coronavirus pandemic has forced the rescheduling of the Tour de France away from its traditional summer slot that sees millions of tourists and French alike swarming to watch cycling’s greatest race. But Tour director Christian Prudhomme has vowed that some fans will be accommodated when the delayed 2020 Grande Boucle gets under way in Nice this Saturday.

The COVID-19 pandemic has played havoc with sporting events and current French government law limits gatherings to 5,000. That means a cataclysmic change for Tour organizers, with some climbs in previous years attracting hundreds of thousands of people along the roadsides.

“Yes, the public will have access to the Tour de France,” Prudhomme told reporters in an interview.

“But there will be screening areas at the start and finish areas to allow the current government maximum of 5,000 fans.

“Screening will also be in place in the 20-or-so climbs and passes,” Prudhomme added, explaining that “in certain places, only people on foot, by bicycle or who come on public transport set up by the hosting towns or villages can go to the passes”.

Health and safety protocols for riders and teams involve them being kept in a bubble and tested several times, with the smallest possible interaction between respective bubbles. Two tonnes of hand sanitizer distributed over 60 points, mandatory wearing of facemasks at the start and finish areas and all zones run by organising company ASO are also measures being taken. 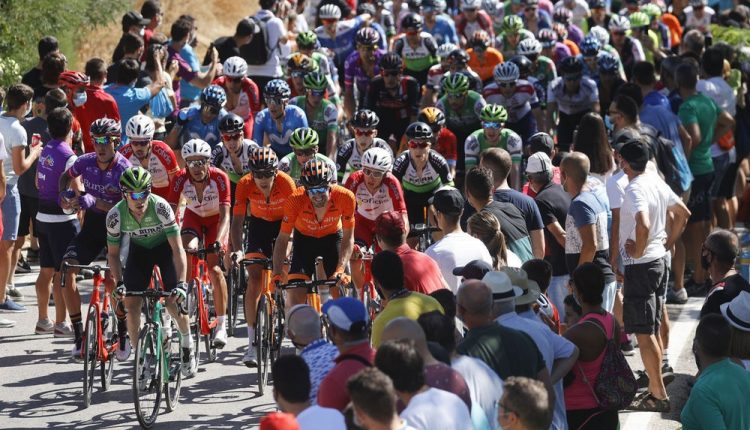 Fans felt the need to cheer on the riders at the Spanish national championships. 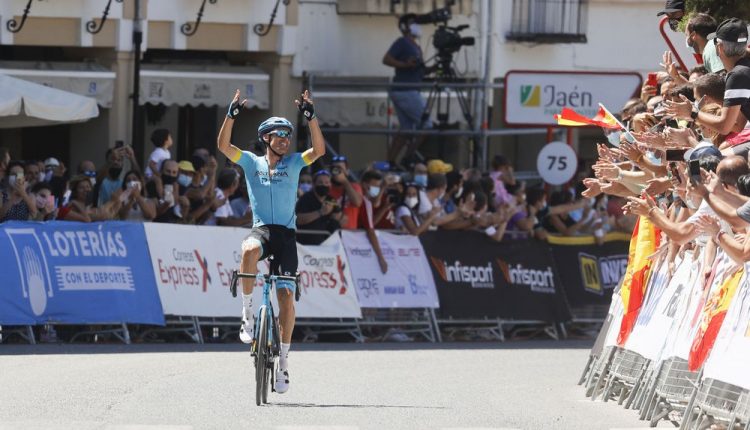 Prudhomme said the fact the Tour had been pushed back two months was in itself the “first health measure”.

“People are at work, children have gone back to school, the tourists are no longer there.

“On the Tour routes, there are 20% foreigners in July, 50% in some passes. We already know that we will no longer have the British, the Australians, the Americans.”

The so-called “caravan” of vehicles for organisers, teams, officials, journalists and sponsors is also down by 35-40%, according to Prudhomme. He was quick to bat away questions over the ecological footprint the Tour leaves.

“There is a lot less plastic that will be handed out, something we’ve been working on for several years,” Prudhomme said, adding that all organisers’ cars this year are hybrids for the first time.

Turning to the actual racing, Prudhomme predicted that the riders would be more than fired up come the start on Saturday, with a daunting 3,470km-long course ahead of them that ends in Paris on September 20.

“From what I could see when competition resumed, the riders are like they’re starved to death,” he said.

“They have a desire to compete, a thirst to compare themselves to others, the need to shine in a very short but extraordinarily loaded season.”

Previous winners Chris Froome and Geraint Thomas both missed out on selection for Team Ineos, but Prudhomme downplayed their absence, instead highlighting the potential changes teams will have to make because of climatic differences from a July-run race.

“There are plenty of sporting questions that I like,” he said.