Although currently wearing the yellow jersey, Thomas is riding the Tour in support of reigning champion and his Sky team leader Chris Froome, a job Porte once did before moving to BMC 18 months ago. And while the overall contenders weren’t expected to be able to make any time gains on Monday, Porte showed he was in good form by making an acceleration on the final 1.6km climb to the finish that took many by surprise, Thomas included.

“I didn’t really expect him to attack, I thought it would be more (Greg)
Van Avermaet from his team, guys like that,” said Thomas. Porte himself admitted the attack hadn’t been premeditated but said it was
“good for confidence to have a bit of a crack there”. Thomas added: “It shows he’s going to be aggressive, he’s certainly going really well and is certainly one of the biggest threats. “We saw in the (Criterium du) Dauphine and from the beginning (of the season) he’s flying. “I said from the beginning he’s the main man and he reinforced that today.”

Thomas was riding high in fourth overall two years ago until a disastrous penultimate mountain stage saw him slip down and eventually finish 15th, which he repeated last year too. But he earnt the right within Sky to lead the team at May’s Giro d’Italia, although a crash ended his hopes there and he pulled out. Still, the 31-year-old Welshman is ambitious and dreams of leading the team one day, even if it isn’t at the Tour.

“I’d love that for sure, it was my chance in the Giro really to test those
waters,” he said. “It’s something I’d love to give a good go, whether that’s the Tour, the Giro or the Vuelta (a Espana). “Maybe I’ll go back to the Giro next year and give it another shot. “This is a dream come true to wear the (yellow) jersey, but it would be even better to target one (a Grand Tour leader’s jersey) and wear it in the third week.” 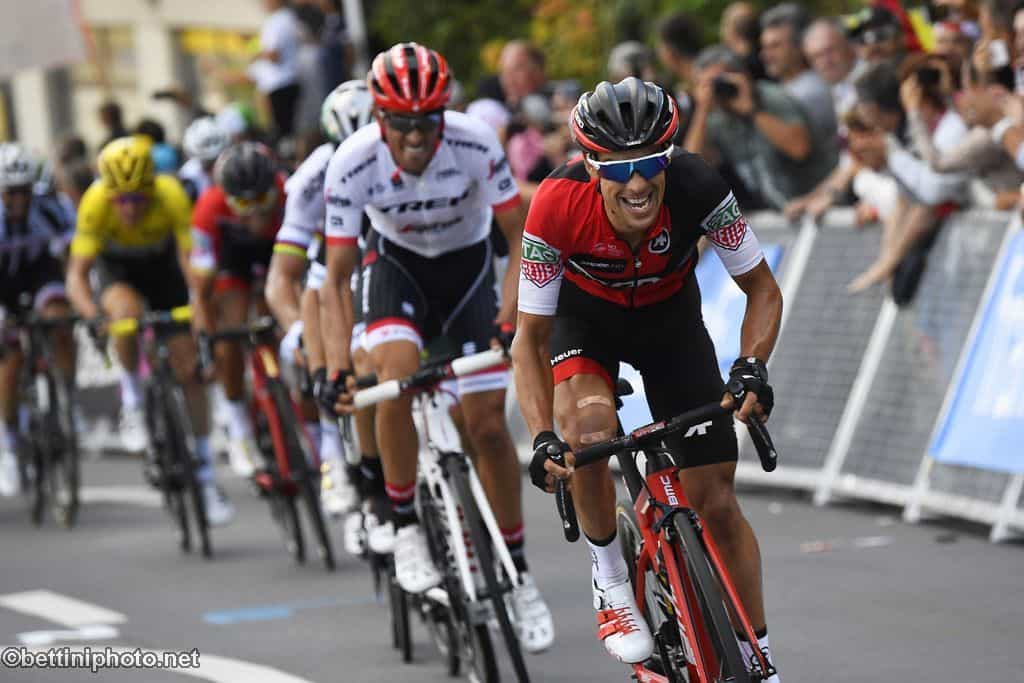 World champion Peter Sagan held off the fast finishing Michael Matthews of Australia to win the 212.5km third stage, with Ireland’s Dan Martin third ahead of Olympic champion Van Avermaet in fourth. As well as claiming his eighth stage victory at the Tour, Sagan closed in
on the green sprinters’ points jersey. He’s won it in each of the previous five years and now trails German Marcel Kittel by only 16 points — there are 50 points available to the winner of each stage.

He is one off German Erik Zabel’s record of six green jersey victories but the Slovak insisted he wasn’t interested in matching that mark. “It’s not important, we’ll see day by day. What’s going to change in the world if I win the green jersey or not? Nothing. “It’s not important, there are more important things in life.” One of those is parenthood and Sagan revealed before the Tour that his wife is pregnant.

“Emotionally it was a nice feeling (to find out about the pregnancy) but
still until now I’m at races and always out,” he said. “When I see my wife the tummy, the belly is growing!” Sagan said he and ‘Bling’ Matthews, who both live in Monaco, sometimes meet up off the bike. “We did a few dinners together, it’s good. “My wife, she knows (his wife), they also did some coffee together in Monaco. “His wife Kate is from Slovakia.” However, he then added mischievously: “I don’t know why we’re talking about our wives!” 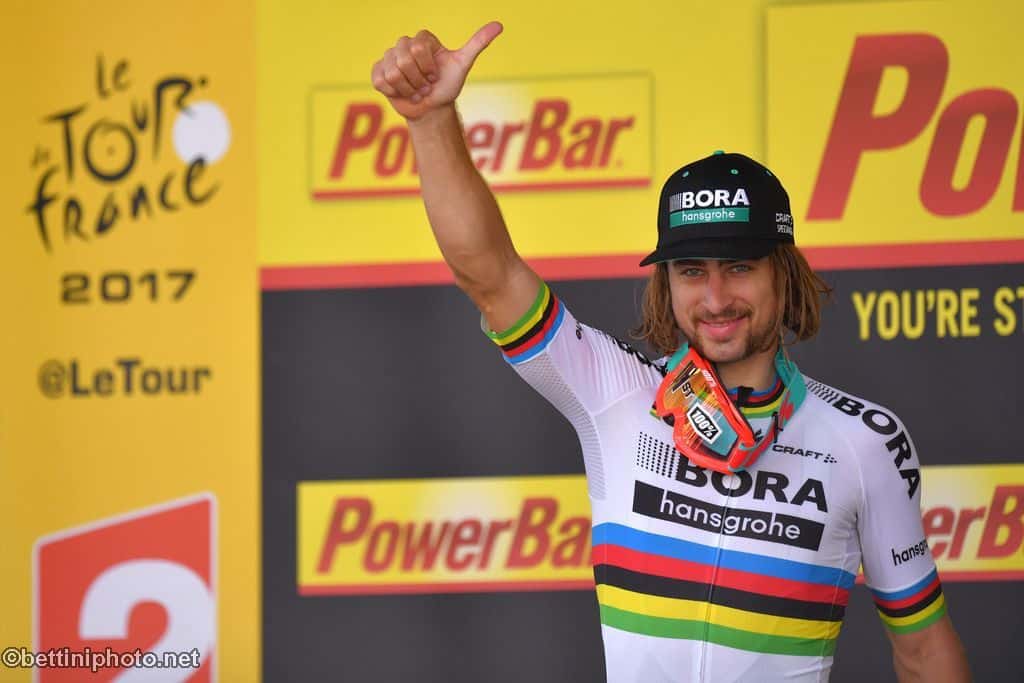