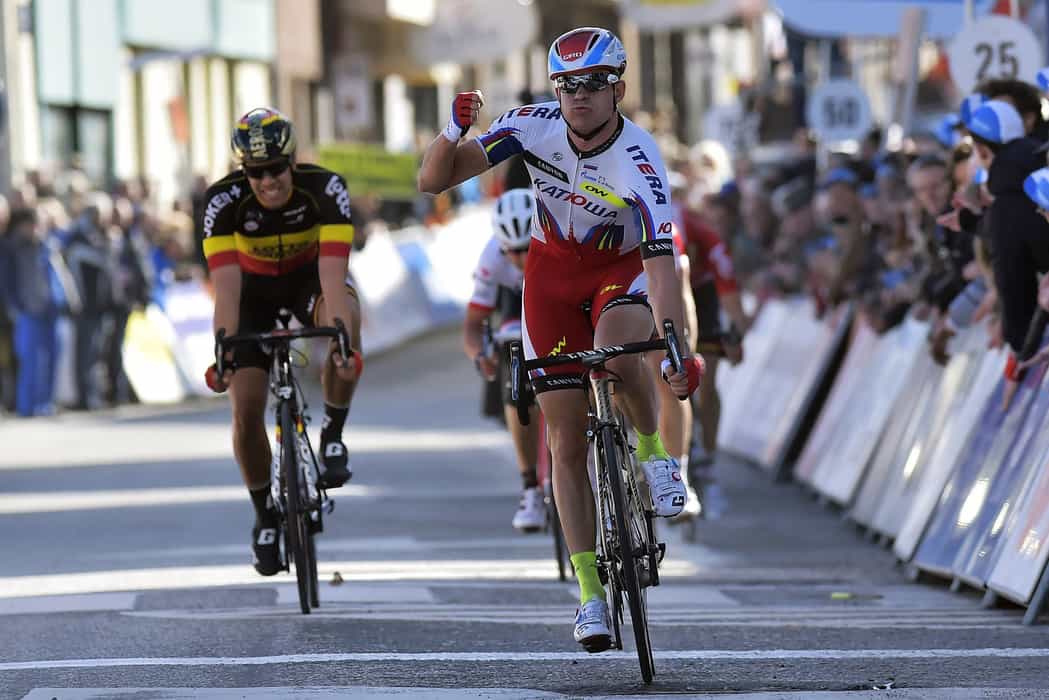 Norwegian rider Alexander Kristoff won the first stage of the Three Days of De Panne on Tuesday as he outsprinted Belgian duo Jens Debuschere and Stijn Devolder at the finish line in Sottegem. The stage covered 201.6km from De Panne to Sottegem with the race set to finish on Thursday. It was the sixth win of the season for the 27-year-old Katusha cyclist who also takes the overall leader’s jersey.

Kristoff, who came second in the Milan-SanRemo two weeks ago, was in control during the 13 climbs and cobbled sections of the stage and his win makes him a serious contender for the Tour of Flanders classic on Sunday.

“I had good legs and I like this kind of course,” said Kristoff. Winner of stages on the Tour of Oman and Paris-Nice this season, Kristoff formed part of a six-man breakaway that included his compatriot and teammate Erik Bystrom.

“I owe him (Bystrom) my victory. It’s his first season with the pros and remember his name. He’s going to be good,” continued Kristoff. Windy conditions dominated the stage with gusts reaching 80 kilometers and hour with organizers restricting the pace of the first 12km of the race along the North Sea.