Fresh back from the 2014, Eurobike show, the talk of the bike industry was largely focused on a wild concept bike that was exhibited by Canyon Bicycles.  Even beyond the disc brakes and full-suspension, the bike was a standout for it’s time due to  the “connected” aspect of the bike.  As impressive as the level of forward thinking was in conceiving the bike, it was in conversation with Canyon  founder Roman Arnold that captured its very existence.

Wait, did I say “existence”?! No, in fact the  bike itself has yet to see production, but some facets of it have certainly come to fruition.  Still, to me, more important than being able to find the bike on the Canyon website, it was hearing Roman explain a far more important notion –  “The key is to have the fantasy to start!”

The story (below) originally appeared in the November 2014 issue of RBA.

WITH A SMIRK & A WHISPER – THOSE FOUR WORDS 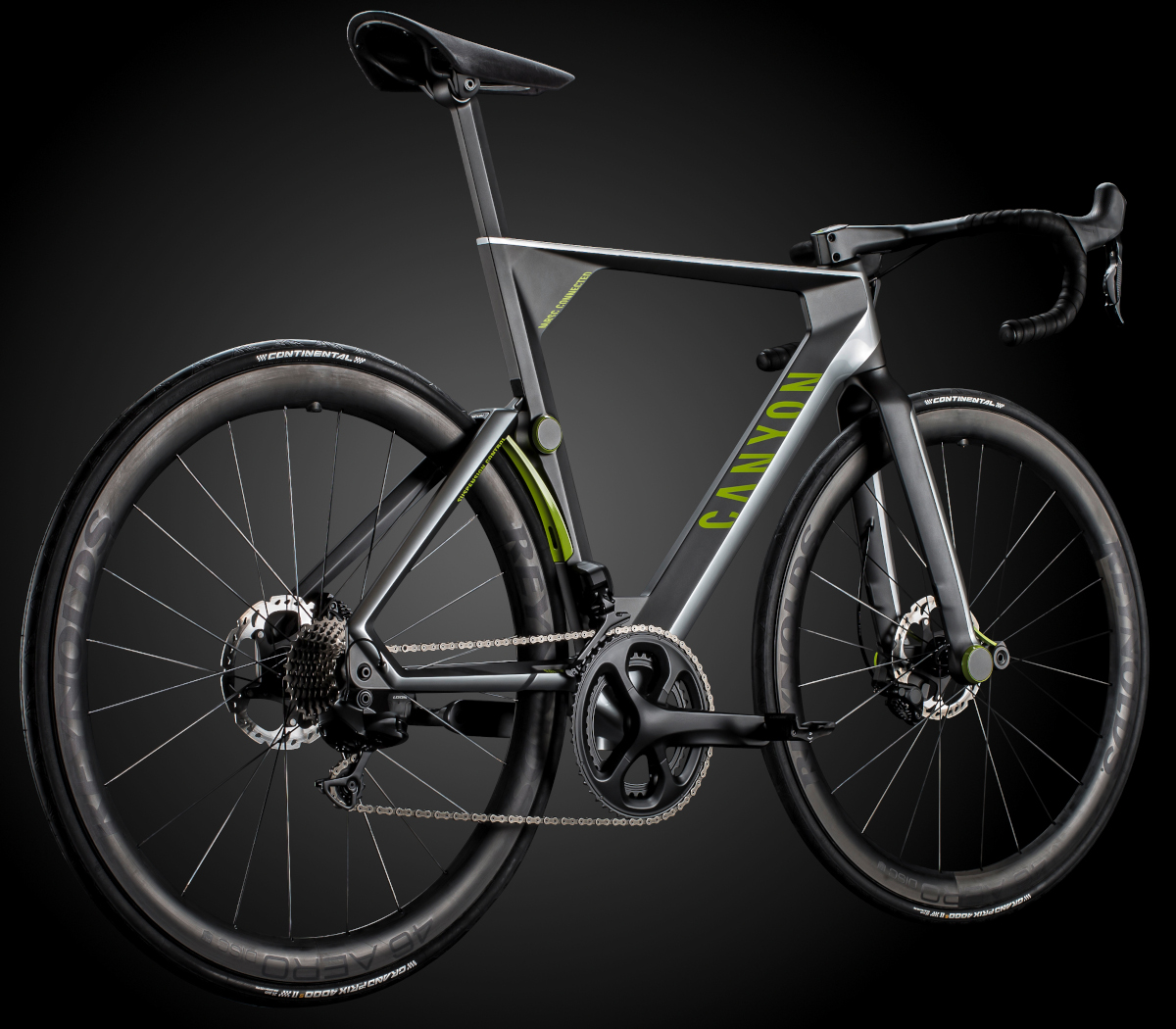 “As Canyon Bicycles founder Roman Arnold and I huddled at a small table looking over his radical MSRC Connected concept bike, he doffed his cap, leaned in close and sheepishly offered the answer to the question that every slack-jawed stargazer ogling his radical  concept bike was no doubt asking themselves; “Yes, it will come!”

Not only did the radical design of the bike (and any notion of it ever reaching production) seem a tad farfetched, but in this current world order where vagaries are the rule, Roman’s candor was even more surprising.

“There are so many important thing’s behind the bike.” He continued, “The key is to have the fantasy to start!”  Still, he conceded,  while certain MRSC assets could come to fruition sooner than later, a production version was still years away.”

WHAT ABOUT THE CANYON  MRSC CONNECTED?

“As I drilled  Roman more info on the bike,  it was the fact the gestation period  of the full-suspension bike was just nine months from concept to show floor that seemed most impressive.  And  not just the bike, but a process of system integration with German telecommunication giant Deutsche Telekom that itself seemed more evolved than any nine-month period alone could be responsible for. And, it was the implications of what the Telekom partnership brought the bike that, more than anything, epitomized the level of forward-thinking applied to the project.”