Just when "wide tires" became a thing, we went next level 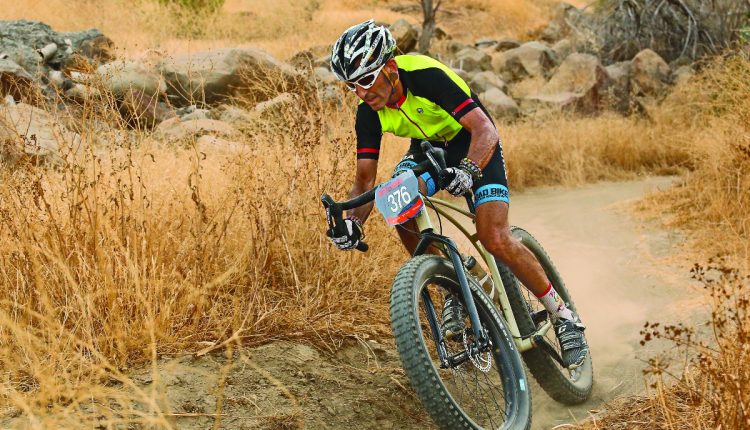 “The idea first began to gel with us on a gravel lunch ride when the group talk centered on how much better bikes with bigger, dirt oriented 33mm tires handled on the pavement as well as the dirt roads they were optimally designed for. ”

And so, it began.

Sure, for all the right reasons, bigger/wider tires on both road and gravel bikes are all the rage now.  And, not to tout our prescient credentials anymore than we have to, it was five years ago when we took a wild jump into the world of fat-tired gravel bikes with a special project build that came to us from the 616 Fabrications workshop in Grand Rapids, Michigan.

John Muenzenmeyer is the founder/builder at 616 and he is no stranger to doing things differently. Back in the mid-90s he founded the Nukeproof brand of carbon  mountain bike parts that were definitely cutting-edge in design. In his time since then, John began building cruisers, tandems and fat bikes, the latter which were proving popular in Michigan.

At the time, we knew John to not only be open to new ideas, but that he was also exploring the (then) newfound idea of gravel bikes. It was a match made in Michigan! The highlight of the steel frame was the gracefully arcing split top tube. In true craftsman style, John had hand bent himself.  The bike rolled on 26-inch rims with massive 4.75″ knobby tires…getting enough traction was never an issue!  And you bet, a 1x drivetrain to keep things simple.

The 616 Muenzie project gravel bike found its way into the pages of the July 2015 issue of RBA. Sure, people laughed, but that’s the price for thinking big and taking chances. You can also check out the test by clicking here, BIKE TEST: 616 Muenzie Fat Gravel Road Bike.