The Italian marque celebrates the Tour de France in style 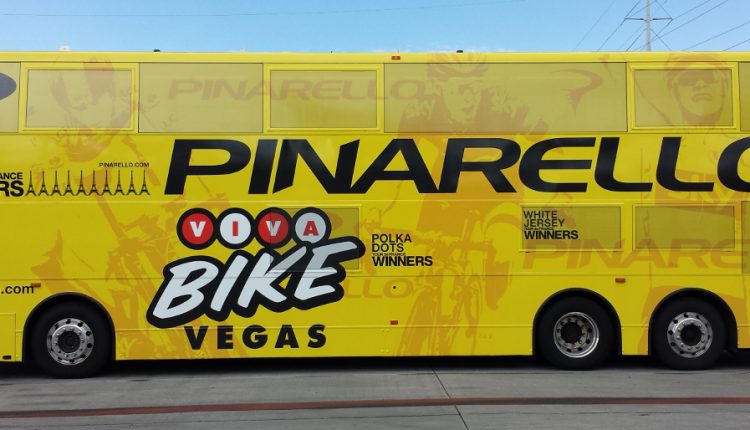 Back in 2013 when  the Interbike trade show was still a mighty event on the calendar, there was an attempt to build excitement and participation by adding extra days with a citizen gran fondo.

Pinarello wanted to ensure that all the dealers, media, riders and passerby’s who rolled into Las Vegas would be aware of their success in that year’s Tour de France which marked the brands 10th Tour victory. In addition to Chris Froome’s win with Team Sky, there was Movistar rider  Nairo Quintana’s second place finish and both white & polka-dot jerseys to celebrate.

The PR solution was as unique as it was noticeable – two huge buses that were “wrapped” accordingly.