The 2008 press conference that spun out on doping 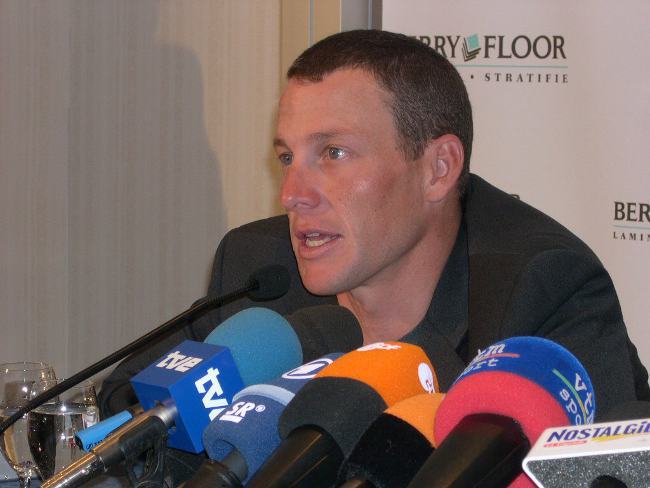 In the last installment of Throwback Thursday (“Greg LeMond’s Delayed Comeback“) , I re-visited the interview I did with 3x Tour de France winner Greg LeMond at the Interbike trade show in 2013 when he was launching a new  line of new carbon and steel bikes.  The interview was published in January 2014 issue and in it I alluded to the infamous press conference from 2008 when Lance Armstrong announced his comeback to racing in a for bid for a 8th Tour de France win. As you’d expect, room was packed with journos, racers, sponsors and industry hangers-on alike. Also seated in the audience was Greg LeMond who exhibited a keen interest in the tale that Lance had to tell.

To say that there the press conference took on a tense atmosphere when Greg began posing questions would be an understatement. How telling it is to watch the repartee between the two  and near the end and watch Lance’s eyes fill with such visible contempt at LeMond’s deep dig questions about performance enhancing drugs. Eek!

Most recently, LeMond came back into my life as I sat on my couch watching the excellent ESPN 30 For 30 “Slaying the Badger”  show which documented Greg’s decade-plus long career from Junior World Champ in 1979 to 3x Tour de France winner. I have to say kudos to the football network for producing this documentary which I would encourage everyone to watch.

However, in what seemed like a strange coincidence, just hours after the LeMond story was over, ESPN aired a new  two-part 30 on 30 interview  simply titled “Lance” which afterwards re-ignited the public debate about all things pro bike racing; winning, guilt, glory, innocence, effort, greed, cheating, and as always,  just what  kind of person is Armstrong really?!

Going back to that interview I did with Greg at the 2013 Interbike show, in addition to him telling  me about his new line of bikes, there were also a few opportunities for him to comment on all the doping that had plagued the sport…here ’tis

THE  STUFF OF MAGIC

Q: Greg,  so much as gone on with you and the bike industry in the last few years, so let’s focus on the bike, how did this project come about?

A: I came to this (bike) show two years ago and so many dealers wouldn’t even look me in the eye, it was painful. But, I knew I wanted to come back with another bike line. This was the sport that I loved – that I had dedicated my life to – and here I am fighting for my name. But then I went to Europe, and there I found zero negative reaction.

Nobody liked what was going on. I wanted the sport to be clean. I stood up, and I have to say, it affected me to be painted as something I’m not. But you know, it was funny, I hadn’t been back to the Tour de France in a few years because there had been a real effort with Lance to keep me away,  But this year I went back and even had a photo taken with Bernard Hinault on top of Alpe d’ Huez! Being over there really reminded me what a magical sport it is. The Tour de France is a great event, and cycling fans should really try to experience it.

Q: In the run-up to this interview I asked quite a few people to describe you. Everybody talks about you not sleeping, being full of energy and running around the Time factory. Do you think you might be the least bit manic?

A: Manic? I guess I do have a lot of energy still, but that’s a good thing, right? I’m loyal and I stand up people. This isn’t about Lance. I mean, bad people existed in the sport before he came along. I think I’ve always been a bit of an outsider, but I’m not a BS’er, and I do have a hard time taking compliments. I could never be a politician.

Q: What about the evolution of the sport, especially in regards to the young riders coming up?

A: I think I was really lucky to to turn pro when I did. I was able to go from being a Junior to a pro without riding in Belgium. I had real talent and never for an instant thought about not racing clean. I left the PDM team becasue of the doping, and I remember going to a UCI meeting about helmet use and instead asked about blood testing. They said it couldn’t happen because it would be against the riders’ religion!

All these years later, I can say that I haven’t changed. I hate bullies, and when it comes to drugs, I always think about my dad who in the very beginning reminded me that if you cheat in a race, you’re just cheating yourself. It’s about the riders and the sport. It’s about guys like Teejay Van Garderen and not having to make the kind of decisions that so many other young racers have had to make.

Exclusive Interview: After The Fallout 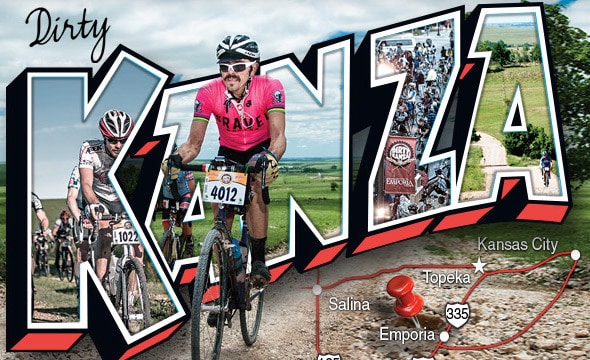