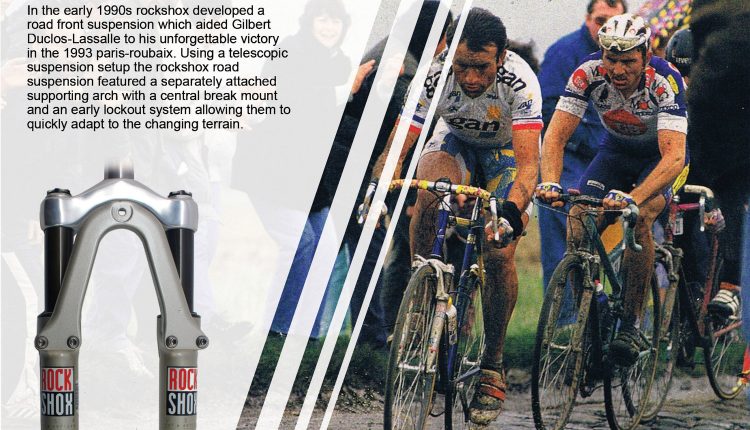 It was for the very first edition of Road Bike Action’s (initial run) back in the August 1993 issue that we featured a story I wrote about my time  accompanying the crew from RockShox for their third effort at Paris Roubaix. And in addition to the image of Toby Henderson sending it aboard a Team IME DeRosa, there were two pivotal cover lines, “New Technology Triumphs At Paris-Roubaix”  and  “Can Road Bikes Escape The Suspension Revolution?” that defined the era. 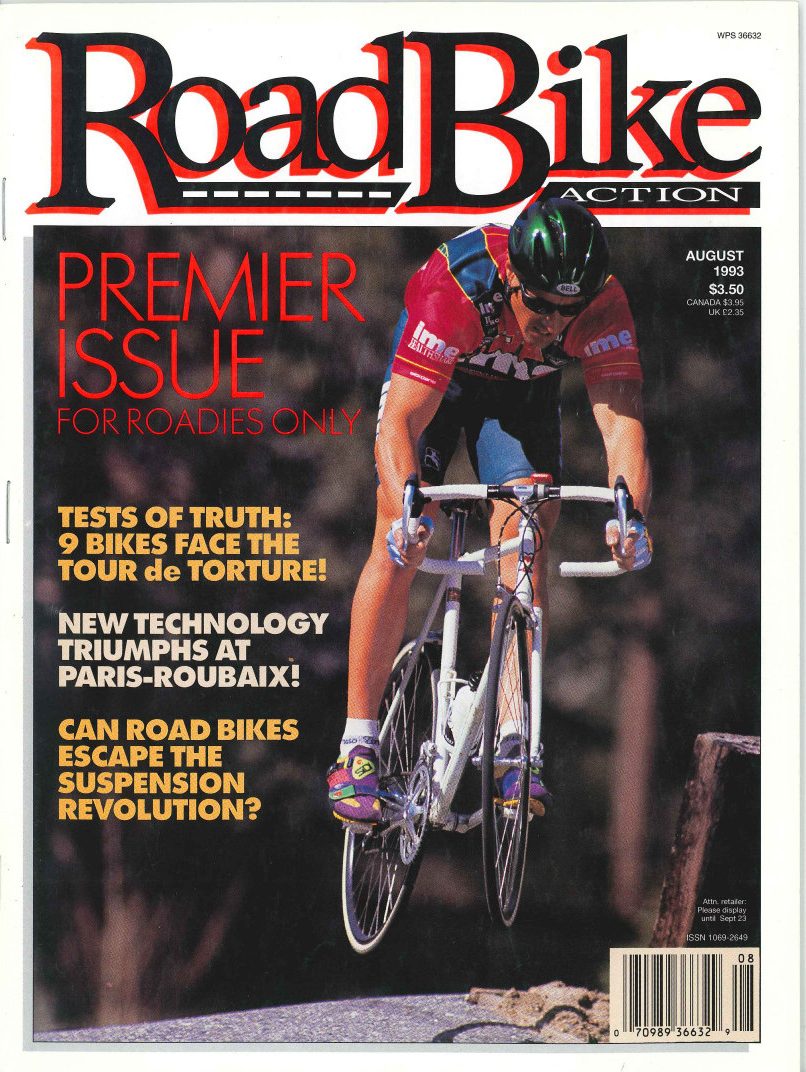 With news of SRAM’s newly released RockShox Rudy suspension fork breaking this week,  swapping  “road bike” for “gravel bike” is a sensible solution since the dual-purpose side of the cycling world is now much more embracing of the concept of suspension then it was back in 1993.

In addition to the GAN team, Rock Shox also officially outfitted the ONCE, Castorama, Telekom, and Subaru-Montgomery squads. With a total of 45  forks on hand, Turner wanted some just-in-case forks for other riders who may have been tempted to try the newfangled American technology. Two riders who jumped on the RockShox bandwagon were a couple of “up and coming” riders by the name of Johan Museeuw and  Mario Cipollini. Ironically,  it was their GB-MG Bianchi teammate Franco Ballerini who would instead opt for a Alsop Softride stem and nearly derail the $30,000 Rock Shox effort with a nail-biting photo finish that had the Italian circling the velodrome arms high in victory until a photo gave the win to Duclos-Lassalle.

AWAY FROM THE COBBLES