Etixx Quick Step, sparked by three-time individual world time trial champion Tony Martin of Germany, and ORICA GreenEdge, runner-up the past two years, figure to lead the challenge of BMC over 38.8km (24.1 miles) on the first day of racing over the streets of Richmond. 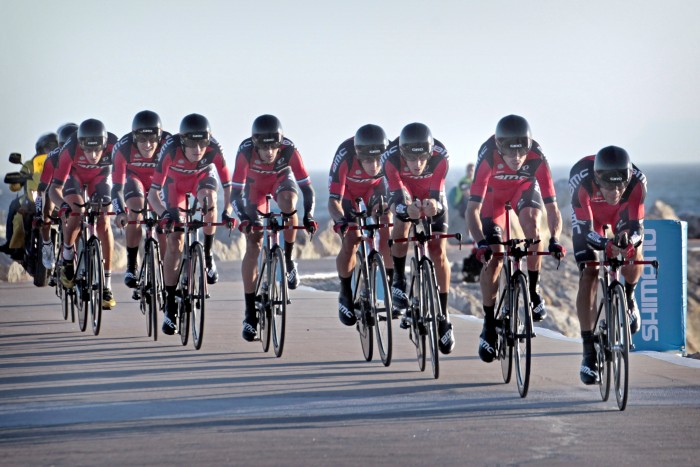 “I’m confident,” BMC Racing coach Marco Pinotti said. “We’ve won the last three time trials we were in, but two of those were by less than one second. We need to keep our minds on the ball. “To win one time is hard. To repeat is harder. We need to be conscious of that. BMC beat ORICA by a record 31.84 seconds last year and five of their six riders are back, including Dennis, Swiss Silvan Dillier and Italians Daniel Oss and Manuel Quinziato with American Taylor Phinney a newcomer seeking a crown on home soil. 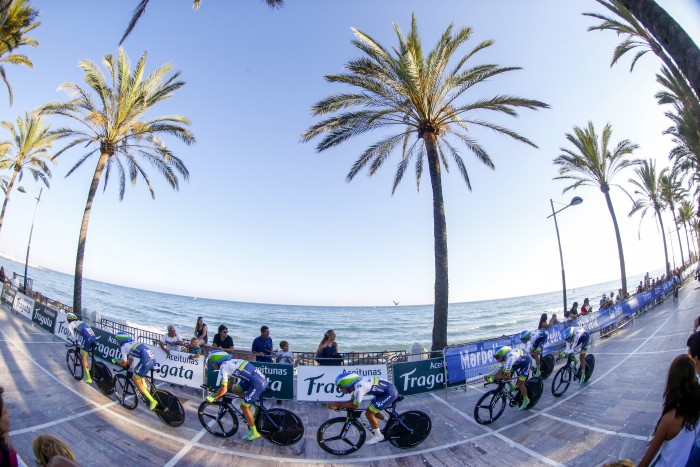 Moving up after back-to-back runner-up spots is ORICA GreenEdge’s mission, but sport director Matt White expects little difference among the top finishers.”We are aiming at winning, but you will be able to throw a blanket over the teams which make the podium,” White said. “There are at least three teams that have the ability to win. It’ll be a great battle in an event that really does epitomise teamwork.”

Aussies Michael Hepburn and Luke Durbridge, Canada’s Svein Tuft and Dutchman Jens Mouris were each on the past two runner-up squads while the Aussies were joined by countryman Michael Matthews and New Zealand’s Sam Bewley, the other two GreenEdge riders Sunday, in a success to open this year’s Giro d’Italia. “It has been a good build up and we are happy with where we are coming into the event,” White said. “The course is fast. It’s not a technical course and we are happy with the team we’ve prepared.”

Etixx Quick Step, the 2012 and 2013 winners, slid to third last year but Martin, Belgian veteran Tom Boonen and reigning world road race champion Michal Kwiatkowski of Poland provide a formidable lineup that tested two weeks early on a Belgian airfield, Quick Step sport director Tom Steels said. “We collected some important data,” he said. “It was also good to work on the slipstream and the combination of the riders. It’s also good for the  riders to get focused on this event. It was like a first step in preparation.” 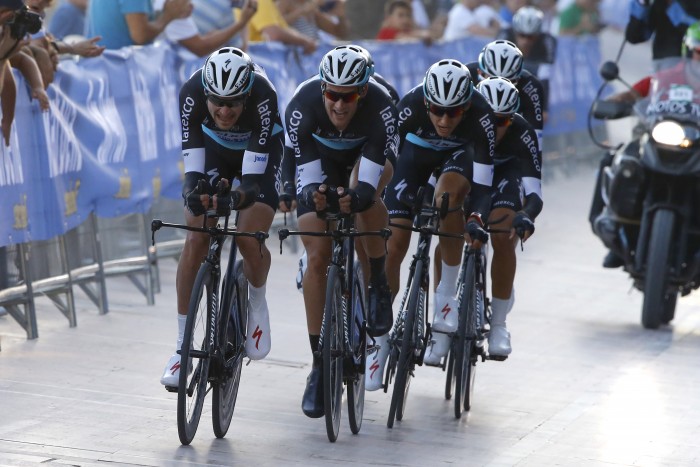 With flat speed sections and late climbs, every detail will be critical, Steels said. “There are some long, straight sections where the speed will be really high. There will also be fast downhills so keeping the right rhythm is important,” he said. “It will be a tough finale for sure. It will be really close. Small details in a race like this can make the difference.”