Foligno, Italy, May 15, 2017 (AFP) – Colombia’s Nairo Quintana has been warned not to get too comfortable in the Giro d’Italia pink jersey by rivals looking to loosen his grip in the race’s first time trial on Tuesday. Movistar climbing specialist Quintana, the 2014 champion, took a firm grip on the 100th edition of the race Sunday after attacking in the final kilometres of a 13.6 km climb to the summit of Blockhaus.

The two-time Tour de France runner-up now leads Frenchman Thibaut Pinot (FDJ) and Tom Dumoulin (Sunweb) overall by 28 and 31secs respectively after a drama-filled stage that virtually ended the hopes of Team Sky. After Monday’s rest day, the battle for the ‘maglia ‘rosa’ continues with a 39.8 km time trial in the Sagrantino wine-growing region. Although undulating most of the way, it may not be hard enough to keep Quintana — who excels on steep climbs — in the race lead, especially as Pinot, Nibali and Dumoulin are no shirkers in the race against the clock. “Quintana showed he was the strongest today (Sunday),” said Pinot, the French national time trial champion who is also one of the top climbers in the peloton. “But there’s still a lot of racing to be done and a lot of things that can happen on this Giro.”

“I should take some time back off him (Quintana) in the time trial,” Nibali said after finishing fifth on Sunday’s stage at one minute behind. But it is Dumoulin, who fought back from being dropped on Blockhaus to overtake Italy’s defending champion Vincenzo Nibali and cross the line 24secs behind Quintana with Pinot, who is the real danger. The 26-year-old Dutchman is a bona fide specialist, winning stage 13 at the 2016 Tour de France to add to a long list of wins in the event. Only 30secs behind Quintana, he could finish over one minute ahead of Quintana to take the race lead — but would do well to take more given the prospect of a punishing third week in the high mountains when Quintana will be in his element.

“I want to keep the jersey for as long as possible,” Quintana said after Sunday’s stage, which saw former two-time champion Nibali drop 1min 10secs behind the Colombian to fifth overall. “We’ve got the team to do it, although there’s still plenty of work to do.” Beginning in Foligno, the stage 10 time trial features a long, flat and straight section followed by fairly complex climbs and descents. Although not steep, the route has been described as “unrelenting” as it heads towards the finish in the walled city of Montefalco.

Sky, meanwhile, will be going for broke in the 10th stage, in which Welshman Geraint Thomas would be forgiven for going hell for leather. Thomas and team co-leader Mikel Landa were among the riders caught up in a crash caused by a police motorcycle 14 km from the summit of Blockhaus and have dropped to over five minutes and 27 minutes behind Quintana respectively. Thomas, who had to have a dislocated shoulder “popped” back into its socket by the race doctor as he lay injured on the road, told TeamSky.com: “I’ll aim to have a good rest day …. give the TT a good bash and then see where we stand. “It’s obviously going to be super hard to win the overall now, but there are still stages to go for and we might still be able to move up into the top 10 or better.” 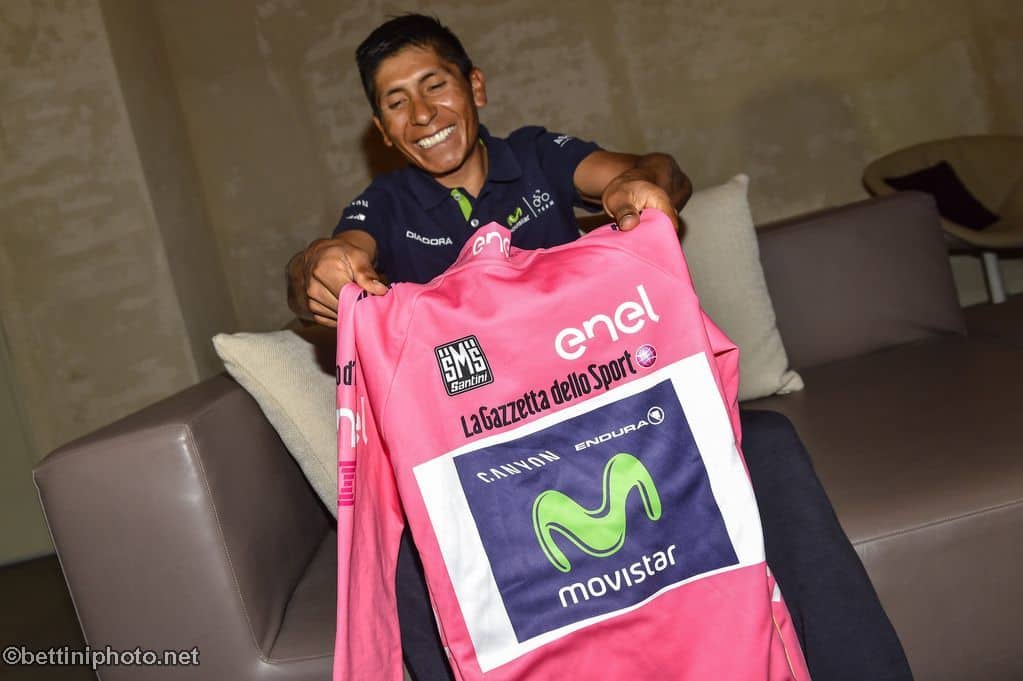 Vinokourov Calls For Corruption Case to be Thrown Out