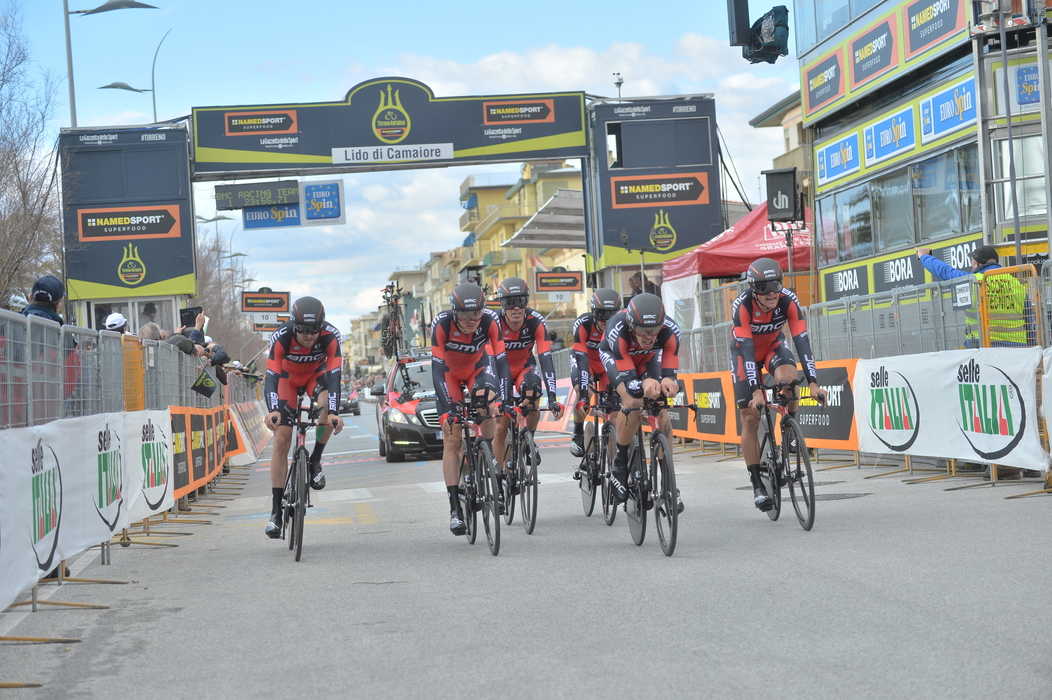 Italy’s Daniel Oss is the first leader of the Tirreno-Adriatico stage race after his BMC team won Wednesday’s opening team time-trial.  BMC, led by one of the race favorites in American Tejay Van Garderen,  edged out Etixx-Quick Step by two seconds on the 22.7km course around Lido Di Camaiore. FDJ were third at nine seconds.

The Astana team of Italian Vincenzo Nibali, the winner in 2012 and 2013,
finished sixth at 15sec.  Nibali is likely to face stiff competition from FDJ’s Thibaut Pinot and Spaniard Alejandro Valverde, the Movistar team-mate of last year’s champion, Nairo Quintana.

Movistar were 10th at 29sec but the big loser was Colombian Rigoberto Uran
whose Cannondale team crashed on the course and finished last at more than two
minutes distance.

Oss, whose BMC team are the reigning world time-trial champions, will wear
the leader’s blue jersey on Thursday’s 207km second stage from Camaiore to
Pomarance.  The hilly stage with a difficult uphill finish will give the overall
contenders a first chance to stake a claim for final victory.

Paris-Nice Stage 3 Canceled Due To Snow