TrainingPeaks and Dig Deep Coaching break down the numbers

Stage 6 was another day on the hard roads of Western France, culminating in two ascents of the Mur de Bretagne. With stage 5 being so difficult, the fatigue and pressure from the past days of hard racing started to show in today’s results.

Ultimately it was Ireland’s Dan Martin who proved the strongest with a scathing attack in the last kilometer. We have the pleasure to look at two specialist climbers in today’s data review: Pierre Rolland (Fra) EF Education First-Drapac p/b Cannondale and Mikel Nieve (Spa) Mitchelton-SCOTT GreenEdge. 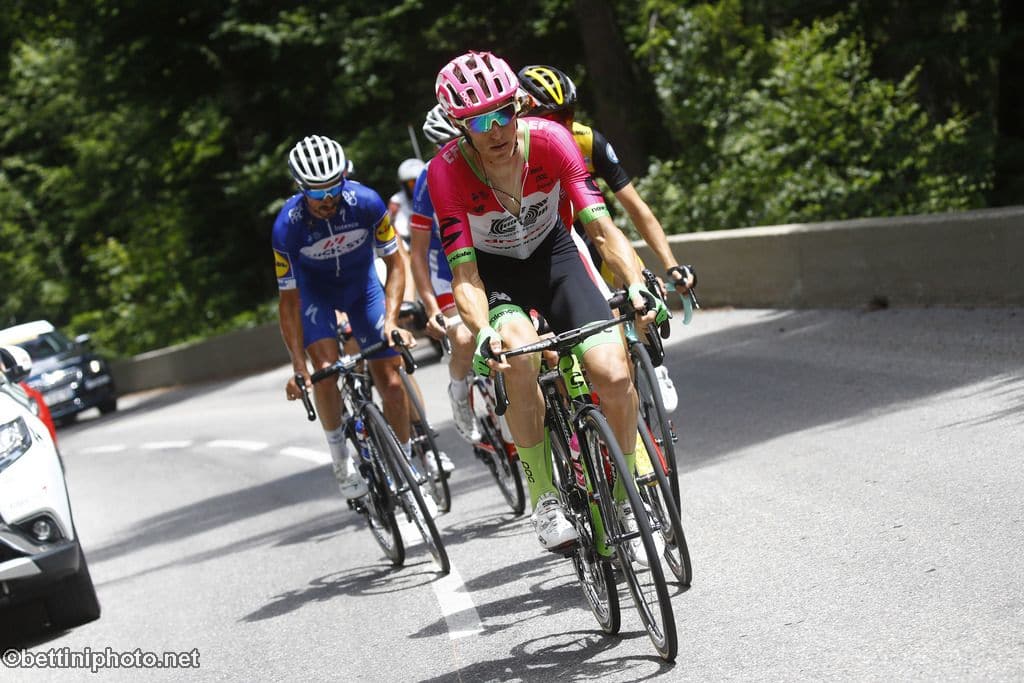 The start of Stage 6 was more sedate than the previous day, a pace which I would assume was welcomed by many of the riders. The break went within the first few hundred meters, and the bunch showed early control, allowing a gap to form as riders prepared for a tough finish. In the first hour of the race Pierre had an average power of 183w, 2.73w/kg, with a normalized power of 234w, 3.59w/kg.

At the first two categorized climbs at the 40km and 68km, the pace began to increase. Both climbs were taken at around 5w/kg, and lasted 4-5min. But Pierre’s real focus was on the final climbs, to both support team leader Rigoberto Uran and maintain his own high overall position.

We often hear that the battle for position prior to a significant climb can often be harder than the climb itself, and the run into the finishing circuit of this stage was no exception, with some very aggressive racing.

This intensive 7 minute effort at over 5w/kg was followed immediately by the 2km Mur. To give you an idea of that effort, the pace set was enough to dislodge may riders from the peloton, with another lap still to come.