Is there a seventh green for Sagan?

Slovakia’s Peter Sagan will bid for a record-setting seventh green jersey after being named in Bora’s team for the  Tour de France.

Sagan is currently level with German Erik Zabel (1996-2001) in having won the jersey for the Tour’s points classification on six occasions since making his debut on the Grande Boucle in 2012, riders accruing points for high finishes in stages and for winning intermediate sprints.

Sagan, 29, has won 11 Tour stages and will be accompanied on his green jersey quest by German debutant Maximilian Schachmann, a Giro stage winner last year who won two stages on the Tour of the Basque Country in the spring. He also did well in the classics, finishing fifth in both the Amstel Gold  Race and the Fleche Wallonne, and third in the Liege-Bastogne-Liege. Look for the Italian Daniel Oss to continue making the hard pulls for his dynamic teammate, Sagan. 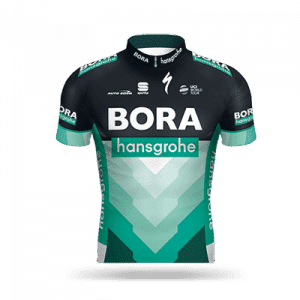