The Mark Cavendish comeback gathered pace Thursday as he won his second stage in three days with a triumph on a day for pure sprinters along a 1.7km home straight at Chateauroux. After a barren five-year spell on the Tour, the win on stage six took Cavendish’s tally on the world’s greatest bike race to 32, just two short of Belgian great Eddy Merckx’s all-time record of 34.

“Please don’t ask me that question,” Cavendish said at the line when asked about the record.

On a pancake flat sixth stage run over a scenic 99 mile run through the Loire Valley, Dutch rookie Mathieu van der Poel kept hold of the yellow jersey on a race that, for this first time on this edition, passed off without any major incident.

The stage finished in the actor Gerard Depardieu’s hometown, a town Cavendish knows well after two previous stage victories in 2008 and 2011 on a finale that suits out-and-out sprinting and on Thursday he once again produced a deadly last-second pounce for the line.

Two days ago Cavendish shook his head in disbelief after winning stage four, but he was all grace and smiles after launching his 43.5mph finish after a sign from world champion teammate Julian Alaphilippe.

The Isle of Man rider also kept the green jersey although he came outside the top three in the intermediate sprint won by Italian Sonny Colbrelli, who wagged his finger at Cavendish after what he felt was running across his line.

Friday’s stage is the longest on the Tour and features a finish hard to call: either a shake up of the peloton or perhaps another chance for Cavendish to take a step towards Merckx’s record. 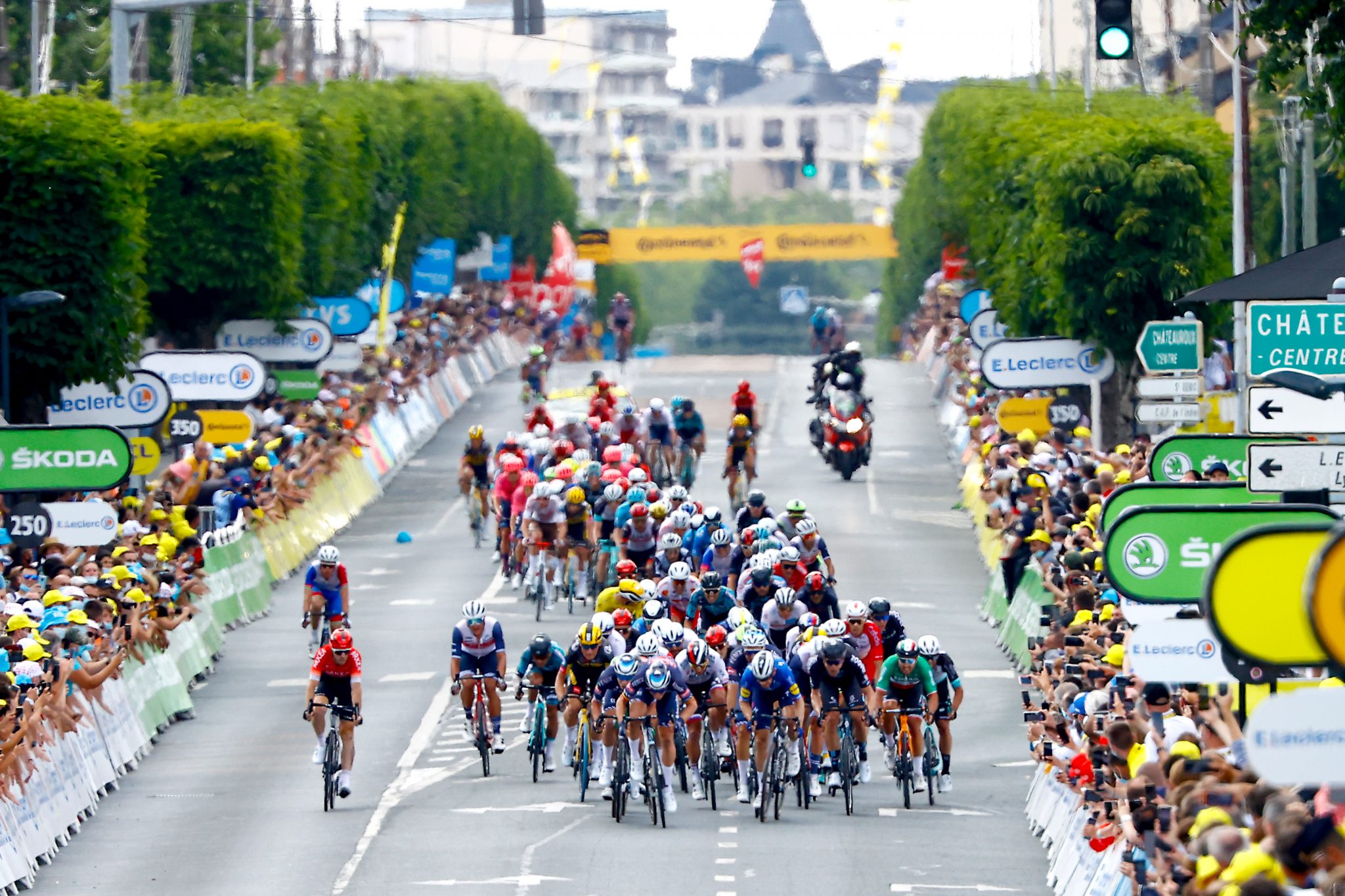