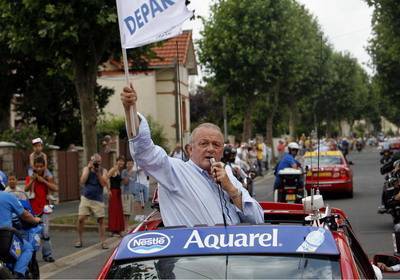 At the turn of each decade, the Tour de France has gone through organizational changes and backstage struggles that have variously turned out to be decisive or utterly inconsequential. The journey back in time proposed by letour.fr continues in 1970, in the slipstream of Jean-Marie Leblanc, a rider competing in his second Tour de France after some minor successes in other races. A career in journalism beckons for the man from northern France, who has no idea yet that he will one day become the director of the Tour. Yet the seeds of the attributes needed to helm the race have already taken root in this humble team rider. 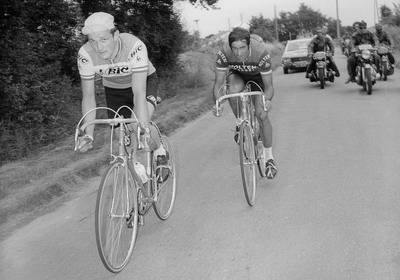 Those who still have vivid memories of cycling in the late 1960s would no doubt argue that Jean-Marie Leblanc was a good rider despite his modest results —no offence meant to the Grand Prix d’Aix-en-Provence or the Circuit d’Armorique. He was also what journalists know as “a good customer”, someone who can be relied upon to offer a quote that will grab the reader’s attention before the start of the race and never fails to spice up conversations with anecdotes that can be used to flesh out the “news in brief” section. 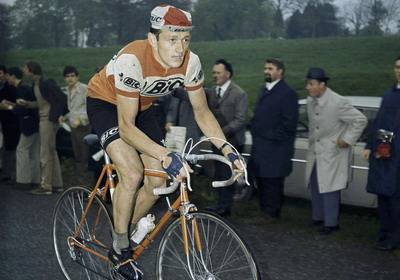 A paradigmatic example can be found in the coverage of the 1970 Tour by L’Équipe. The Bic rider was working as a devoted domestique for Jan Janssen and Luis Ocaña in what was only his second Tour de France (58th in 1968), but he seemed to appear in the newspapers far more often than would have been expected from his performance on the road. The mystery was solved in the first week of racing, when author Guy Lagorce wrote A brief portrait of a future colleague and gave the floor to Leblanc: “Starting a career in journalism would also be a way for me to prove to the world that cyclists are more than just a bunch of lads with big thighs […] I won’t deny it: every time that things get tough out there and a press car overtakes me, I feel a pang of jealousy when I peek inside. You have no idea how soft the cushions of a car look when seen from the saddle of a bike.”

Just as Leblanc showed glimpses of the potential of a future journalist, he also had the makings of a man devoted to the best interests of cycling.

Aware that he would never be good enough to earn a champion’s wages, the young father and media darling was already planning his future in a different field. By 1970, he had ample experience in this area after taking advantage of the winter breaks to lay the groundwork for his transition. Half a century later, he still remembers his first foray into the sports press clearly: “I was shy, but in the winter of 1966–67 my friend Philippe Crépel persuaded me to call Émile Parmentier, the sports editor of La Voix du Nord. He welcomed me with open arms and I’ll never be able to thank him enough for it. He sent me to report on cyclo-cross, of course, and put me in charge of the boxing section. I loved it and I even obtained a coaching diploma to be a credible source in such a special world.” A cyclist in the summer and journalist in the winter, the young Economics graduate was definitely not your average cyclist.

Our 40 Favorite Photos From the Criterium du Dauphine

The FIVE Key Stages of The 2020 Tour de France