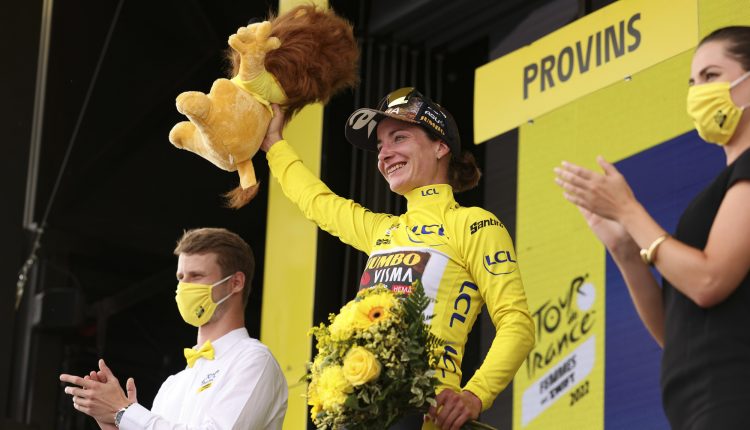 Dutch rider Marianne Vos took over the yellow jersey in the women’s Tour de France with victory in a three-way sprint to win the second stage from Meaux to Provins on Monday. Team Jumbo-Visma’ss Vos edged out Silvia Persico and Katarzyna Niewiadoma to claim the jersey from compatriot Lorena Wiebes who finished 29 seconds behind in sixth place.

“It’s not revenge, it’s an absolutely wonderful day,” said Vos who finished second behind Wiebes in Sunday’s opening stage on the Champs-Elysees.

Trek-Segafredo’s Elisa Longo Borghini, winner of Paris-Roubaix and a definite contender for the yellow jersey in France, finished fourth in the stage, two seconds back. Less fortunate was her Italian compatriot Marta Cavalli, winner of this year of the Amstel Gold and the Fleche-Wallonne and a potential winner of the overall title here.

The 24-year-old was the principle victim in one of three nasty crashes in a last 18 miles where the crosswinds and gusts of up to 45 km/h made the riders jumpy about the prospect of a break in the peloton. The FDJ-Suez Futuroscope rider was already on the ground when she was hit by Australian champion Nicole Frain who came flying through without braking. Cavalli climbed back on her bike but failed to finish the stage with the team pulling her to take “no risk”.

It was a bad day all round for FDJ as Danish rider Cecilie Uttrup Ludwig, their other potential challenger, got caught up in another crash and lost more than a minute to Vos, Longo Borghini and Niewiadoma.

For 35-year-old Vos, one of the great names of cycling with three world road championships and Olympic track gold among her many honours, this yellow jersey has a sense of unfinished business. She won on the Champs-Elysees in 2014 in the first edition of La Course which took place on the last day of the men’s Tour de France, a race she helped to launch.

As a child she pressed her parents to take her to watch the Tour. “We were going to Alpe d’Huez, to the sprint finishes, to Pau,” she said again at the start in Meaux on Monday. “That was how we spent our summer holidays, driving the course in our camping van.”

Vos now leads the general classification with a 10-second lead over Valcar rider Persico, with Niewiadoma of Canyon-SRAM two seconds further back. Tuesday’s stage three should also suit the sprinters with a 83 mile ride through the Champagne region from Reims to Epernay. The race ends in Paris on Sunday. 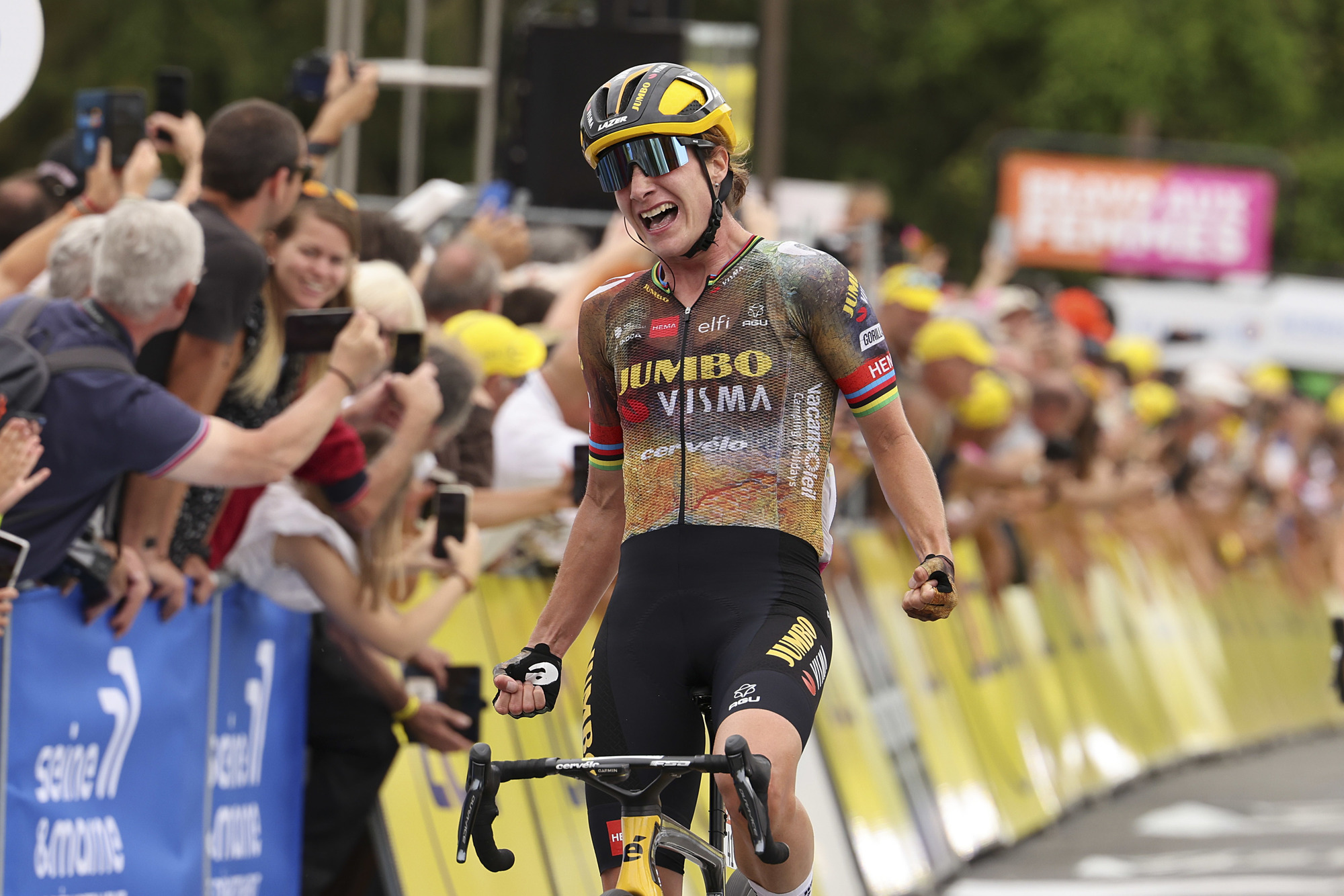