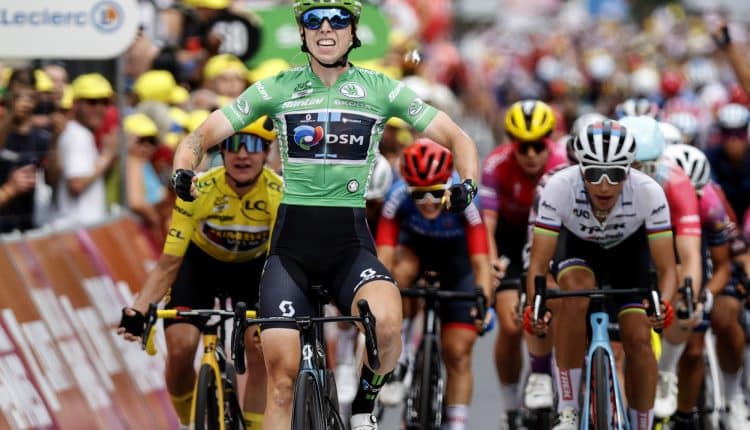 Lorena Wiebes demonstrated her impressive sprinting skills with victory in the fifth and longest stage of the women’s Tour de France on Thursday in Saint-Die. The Dutch rider blew away her rivals to cross ahead of Italian world champion Elisa Balsamo and yellow jersey wearer Marianne Vos to claim her second stage win after Sunday’s opener in Paris.

“When Lorena started her sprint, we couldn’t see her again, it was raw power,” said Vos.

Jumbo-Visma’s Vos nevertheless took four bonus seconds with her third place finish and gained time over all her rivals going into the final three days of racing.

“I felt strong in the sprint,” said Wiebes of the 109 mile run from Bar-le-Duc to Saint-Die in northeastern France.

“It was the longest race I’ve ever done. I’ve never even done such an outing even in training.”

The Team DSM rider proved she is almost unbeatable in a sprint with only Balsamo managing to get the better of her twice this season.

“The aim is to take the green jersey,” said Wiebes, 23, of the honor going to the top sprinter as she claimed her 17th victory of the season and the 53rd of her career. 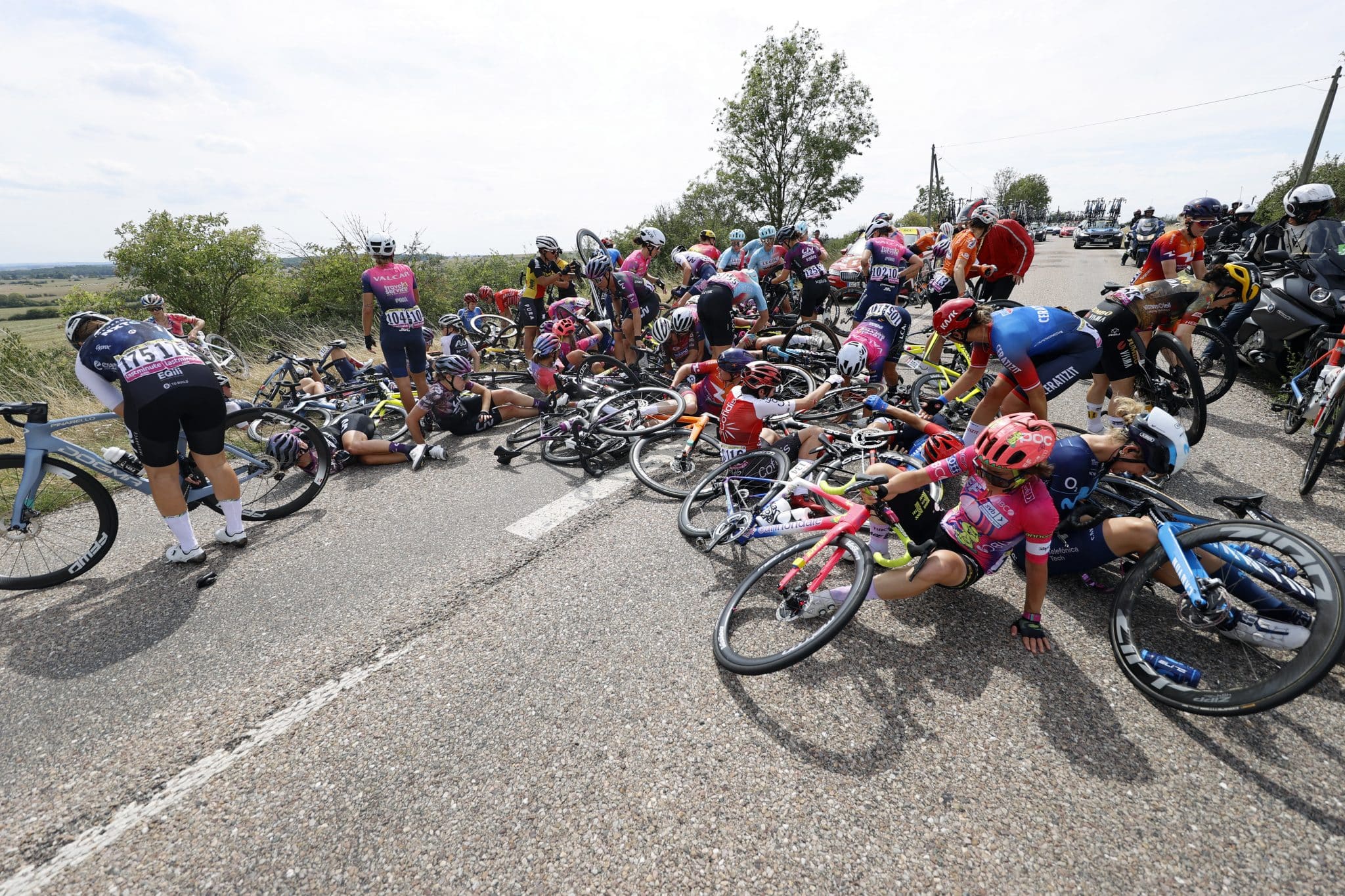 The 35-year-old Vos, one of the great names of cycling, leads Italy’s Silvia Persico by 20 seconds in the general standings after her fifth top five finish in as many stages. But several top sprinters lost out after being caught up in a mass crash 25 miles from the finish line. Belgian Lotte Kopecky was delayed and then slowed down by mechanical problems with Dane Emma Norsgaard taking a hard knock to her left shoulder, back and head and pulling out of the race. Before the crash involving some 30 riders the day had been animated by a breakaway of four riders controlled by DSM and Trek-Segafredo with a cushion of four minutes on the peloton. The last two survivors, French rider Victoire Berteau and the Cypriot Antri Christoforou, were swallowed up less than 2 miles from the line.
If they have any energy left, they can try their luck again on Friday, probably the last chance for those who are not aiming for the overall victory.

Friday’s sixth stage covers 80 miles to Roshelm before the weekend climax in the Vosges mountains.

BIKE OF THE WEEK: VAAST R/1