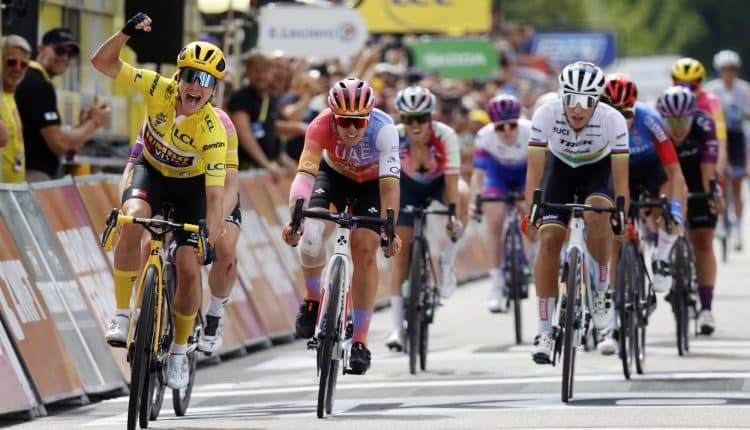 Marianne Vos kept a firm grip on the leader’s yellow jersey at the Tour de France Femmes with victory in Friday’s sixth stage between Saint-Die-des-Vosges and Rosheim. The 35-year-old Jumbo Visma rider edged out Team UAE Emirates’ Marta Bastianelli and Lotte Kopecky of Team SD Worx in the sprint for the line at the end of the 80 mile stage.

Lorena Wiebes, who won the opening stage in Paris and triumphed again in Thursday’s stage five, finished 7:34 behind her compatriot Vos after suffering a nasty fall, along with Kopecky and Alena Amialiusik, 14 miles from the finish.

It was a second stage win and fifth podium in the six stages for Vos who extended her lead by 10 seconds. She is now 30 seconds ahead of Valcar’s Italian rider Silvia Persico and Katarzyna Niewiadoma of Canyon/SRAM with two stages to come.

“It was quite a difficult race,” said Vos.

“We had a good situation with Anna Henderson in the breakaway. It was a big breakaway and a strong chase, and  the Cote de Boersch two times which caused some action… and it was also stretched out on a pretty difficult descent.

“The rest of the girls, they kept me in the front, kept me constantly out of the wind.

“They did a perfect job to keep me in front and keep the speed really high until the last corner and then I was in a good position.

“I also felt I was coming from the back so I hoped I could keep it to the line.”

Saturday’s seventh stage could provide a big shake-up as the Tour heads into the mountains for the first time with three big climbs and a 9,000 foot gain in altitude between Selestat and Le Markstein in the east of France. The race ends on Sunday with a grand finale up the iconic La Super Planche des Belles Filles.

Another Dutch rider, Movistar’s Annemiek van Vleuten, a three-time winner of the Giro d’Italia and time trial gold medalist at the Tokyo Olympics, is lurking just 1:28 behind Vos.

All the breakaways on the Tour so far have come to nothing and the Alsace wine route on Friday was equally unforgiving as the riders took on four categorized climbs.

Trek-Segafredo pair Audrey Cordon-Ragot and Elisa Longo Borghini led a breakaway group of 14 riders which built a gap of two minutes before being largely chased down on the final climb with 6 miles to go. The last survivor Marie Le Net was caught in the descent to Rosheim, less than three miles from the finish. Vos positioned herself perfectly in the final sprint and had too much power for Bastianelli and Lopecky. 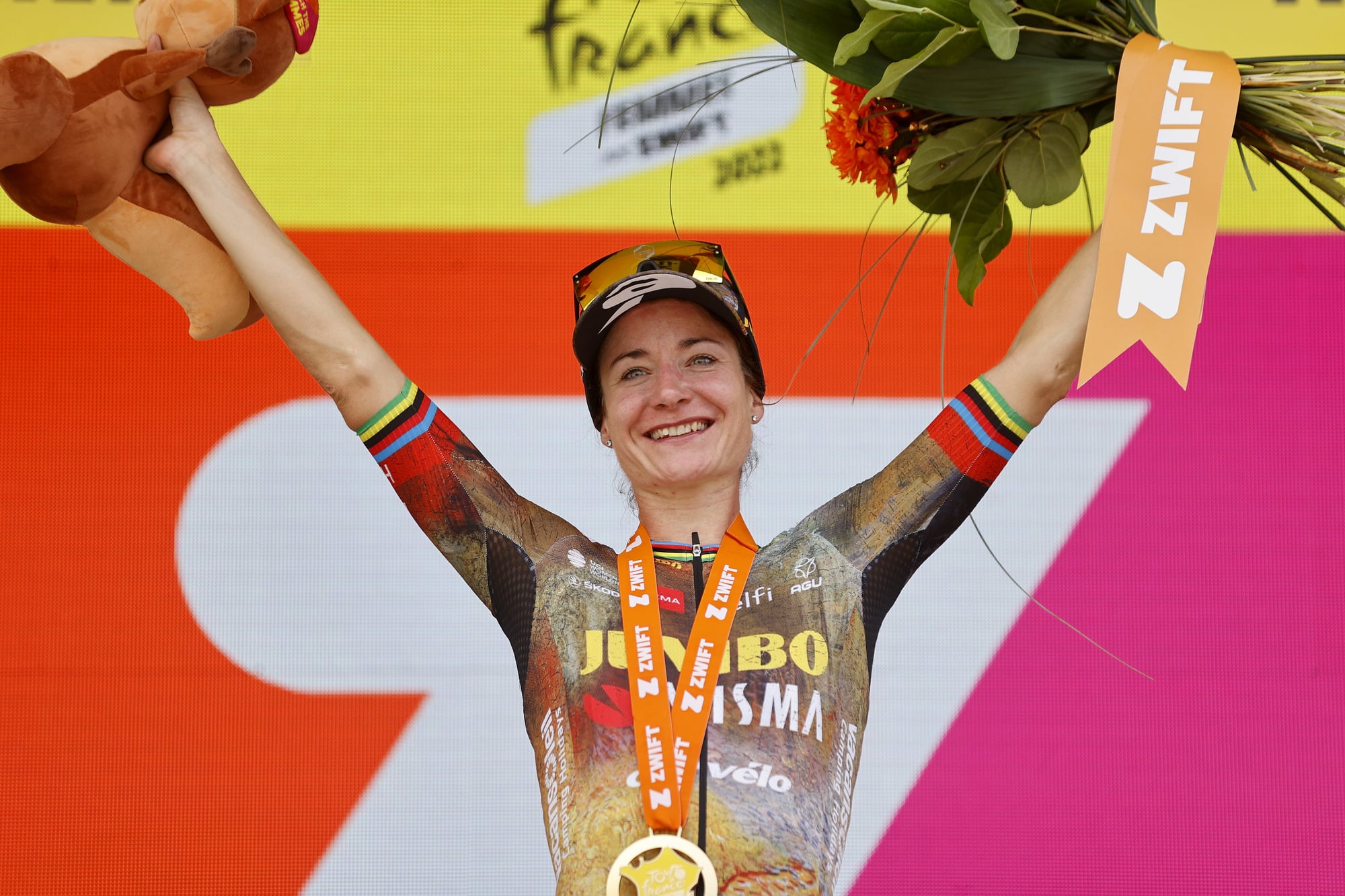 FREAKY FRIDAY – WHAT NBA STAR HAS INVESTED IN CANYON BIKES?

A NEW BIKE SHOW TO COME