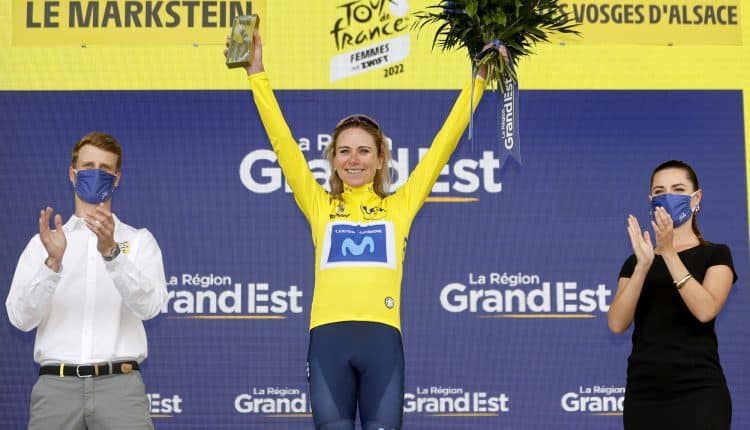 Dutch veteran Annemiek van Vleuten took the yellow jersey in the women’s Tour de France with a crushing performance in the mountains which powered her to a remarkable solo victory on Saturday’s penultimate stage. Movistar rider van Vleuten, 39, began the day almost a minute and a half behind the leader Marianne Vos but raced solo with 38 miles still to go in the mountainous 79 mile stage from Selestat to Le Markstein Fellering.
Demi Vollering (SD Worx) finished second, 3:26 behind, with Cecilie Uttrup Ludwig (FDJ-Suez) winning the sprint to the summit for third.

Van Vleuten now leads by 3:09 ahead of Vollering and is the clear favorite to win the race when it ends with Sunday’s stage eight on the Super Planche des Belles Filles.

Team Jumbo-Visma rider Vos, who held the yellow jersey at the start of the day after clocking two wins and five podiums in the opening six stages, was unable to stay in touch and still had not finished when van Vleuten took to the podium.

It was a bad day also for Lorena Wiebes, winner of two stages, who suffered a nasty fall on Friday and dropped out early in stage seven.

“It doesn’t make sense to try to come back. She was far behind and in pain. To bring her back up only to get dropped again… It was easier for her to just roll in,” said Team DSM director Albert Timmer. 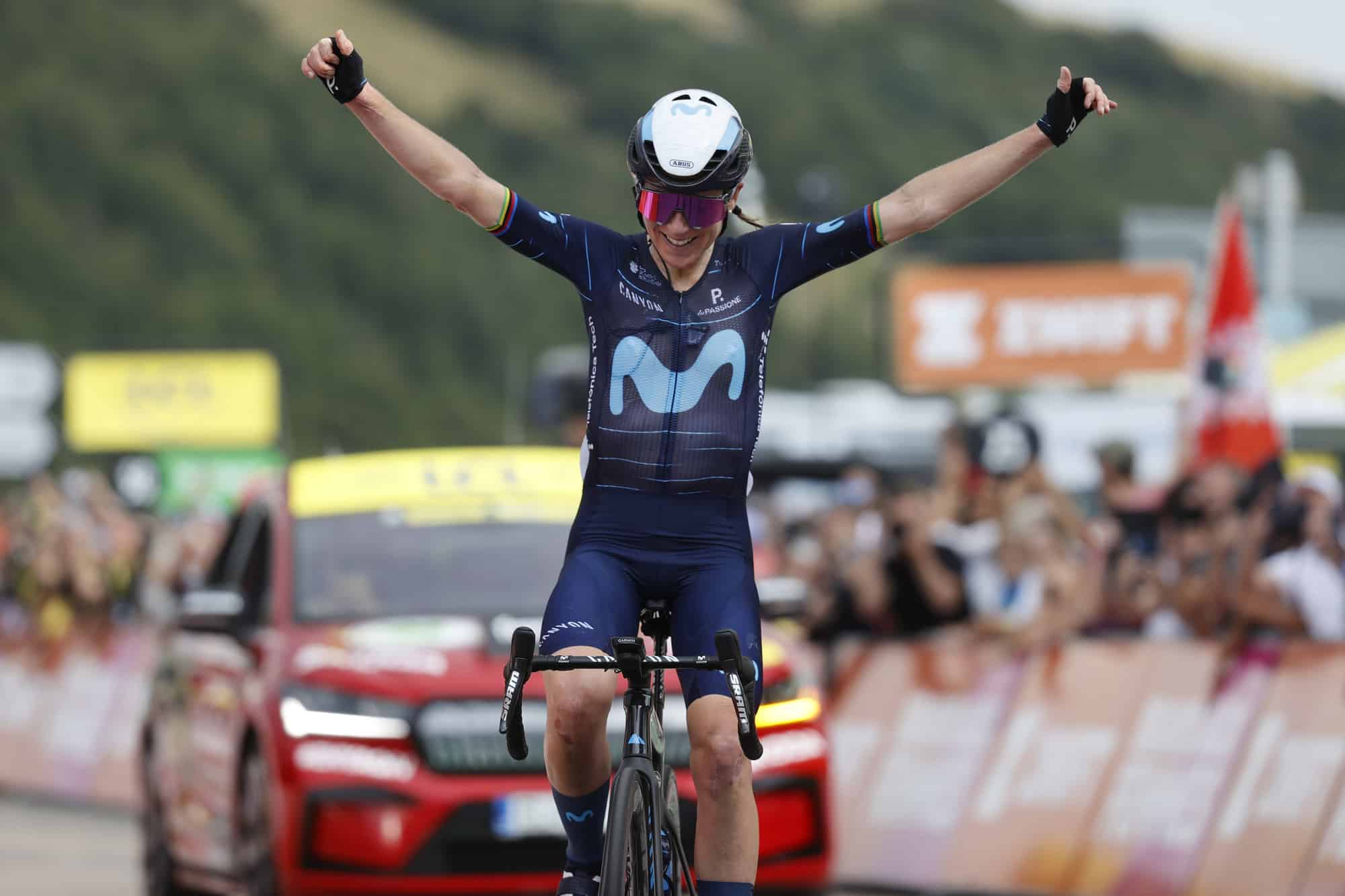 A NEW BIKE SHOW TO COME