Tour de France? No thanks, I’m heading to RAGBRAI 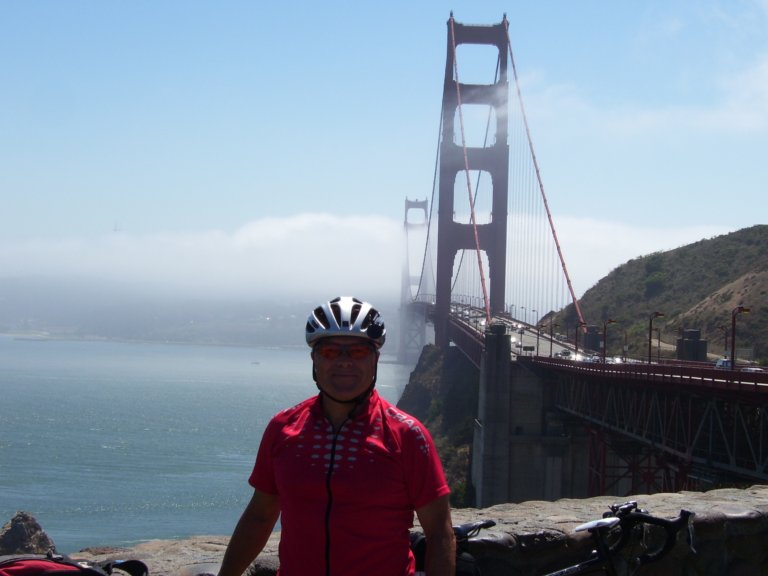 It’s hard for me to admit this to the readers of Road Bike Action, but I don’t follow racing.  I really don’t.  I hadn’t heard of Lance Armstrong until after his third Tour win.  By the time he raced to his fourth win, I had read his book ‘It’s Not About the Bike.’ So when I tuned in to Versus to watch the 2002 Tour de France, I next learned about Phil Liggett, Paul Sherwin, and Bob Roll.  A great team!  They gave me the background of each rider and team strategies that I needed to understand the tour.  A couple of years later Versus added Al Trautwig, (which I think is a complete waste of their money, but to his credit, he’s learning about cycling).

What my wife and I truly love about the modern Tour de France coverage is the beautiful scenery afforded us by the helicopters. We’re both hoping to visit the castles, villages and roads of France by bicycle.  We know the ultimate way to get acquainted with an area is on a bike.  The smells of the local vegetation, the sound of the vehicles, temperature changes and winds, all tell a person that they are in a foreign place.  And yes, we’re not in Kansas anymore.  We’ve been fortunate enough to have traveled in France ? and most of Europe for that matter, by cars, trains and tour buses. However, a cycling trip to Europe has thus far eluded us.

Tour time ? mid July- is the time that I usually head for the cool beauty of Colorado to ride or to Minnesota to explore a few of their serene lakes by canoe.  July is also the time for RAGBRAI the Register’s Annual Great Bicycle Ride Across Iowa, sponsored by The Des Moines Register newspaper.  I’ve ridden it several times with friends and love it.  When asked what RAGBRAI is by friends, I answer, ‘the most fun that you can have on a bike’.

You see, what I want to do is ride my bike, and experience new places and people while on it.  I’m certainly in awe of the training that goes into racing, but I’d rather explore the areas that the racers are blasting through than watch them from a seat on my couch.

Kansas Bob is our humble, world traveled, century-loving, weigh-everything twice, build the lightest bike in the world every month, test editor and contributing writer. He fell in love with cycling in Kansas and has ridden his mountain and road bike (and motorcycle) all over this great earth.  He now splits his time between Topeka, Kansas and Santa Barbara, CA.
Contact Kansas Bob at [email protected]