Team Ineos gets re-flagged for a new car promotion 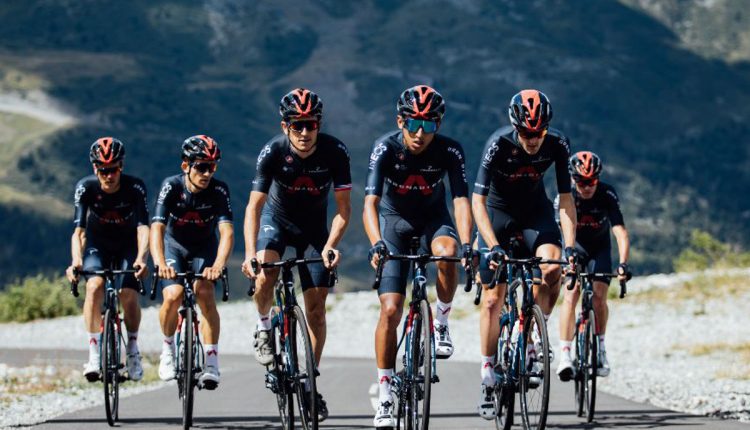 Team INEOS has today officially switched to being the INEOS Grenadiers at a launch event in Nice, ahead of the start of the Tour de France this weekend.

The team’s four Grand Tour winning champions, Chris Froome, Geraint Thomas, Egan Bernal and Richard Carapaz, unveiled the new team kit from Castelli and newly branded Pinarello DOGMA F12 at the Allianz Riviera, alongside two prototypes of the Grenadier vehicle which gives the team its new name. The Grenadier is the rugged 4×4 utility vehicle engineered and manufactured by INEOS Automotive, designed on purpose to be a highly capable, go-anywhere, hard-working vehicle. 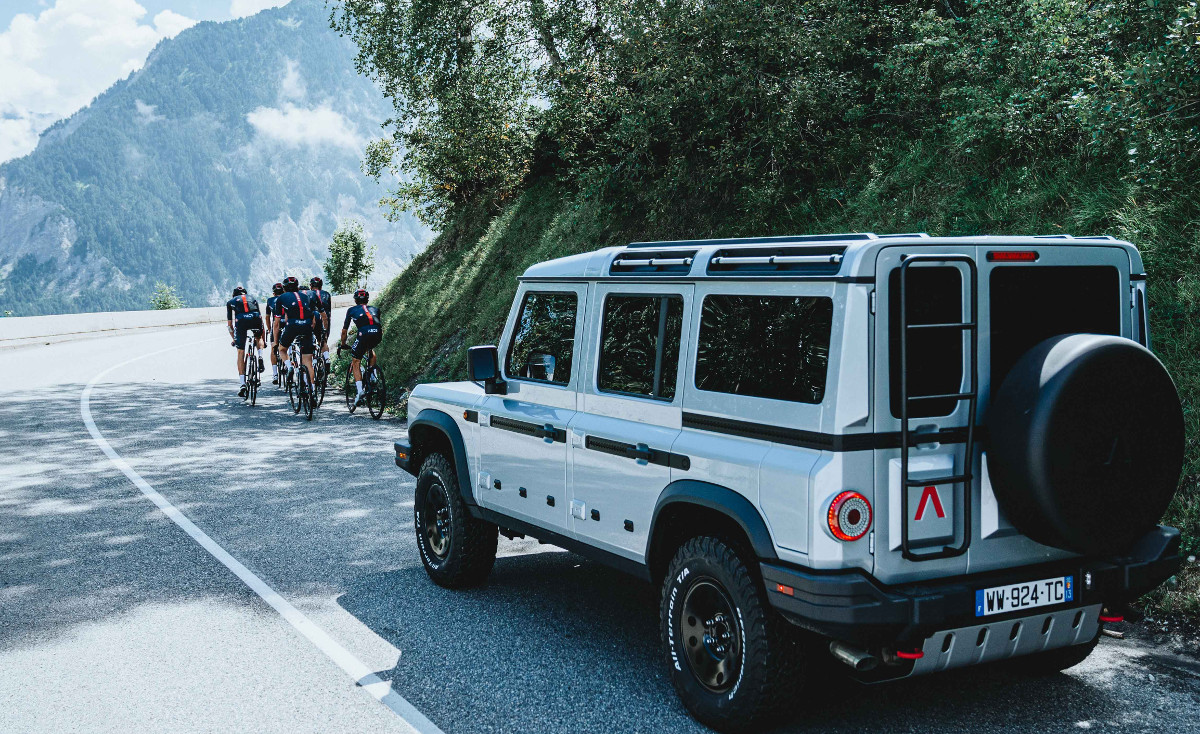 Egan Bernal, the reigning Tour de France champion, said: “It is special to be riding the Tour de France as the INEOS Grenadiers for the first time. As the reigning champion, it will be different for me this year but I am really excited to be putting the number one on my jersey. We have a really strong team with a good combination of young riders and riders who have a lot of experience, and that is a really important thing for the Tour de France. We all have the same motivation and are ready to give it our all and go full gas.”

Richard Carapaz, the 2019 Giro d’Italia winner said: “It’s emotional for me to be at the start of this Grand Tour. It’s going to be a great experience and I’m also so proud to be the first Ecuadorian to participate in the Tour de France. Last year’s win at the Giro d’Italia was very special for me personally but it was also special for my country. Cycling has never been popular in Ecuador and now this has all changed.”

As part of the Grenadier’s ‘testing in plain sight’ program, the prototype has been brought to the Tour de France to launch the partnership with the INEOS Grenadiers and will now follow the team around the world as it completes the rigorous testing and development phase that needs to accumulate 1.8 million kilometers on and off-road over the coming year.