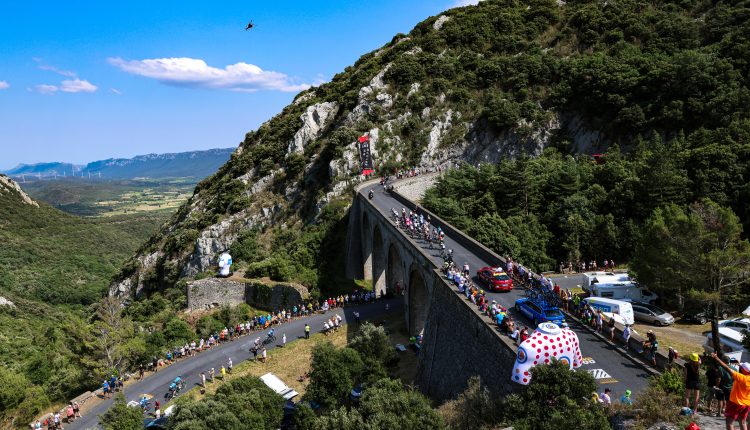 Bauke Mollema won stage 14 of the Tour de France on a baking, semi-mountainous run from the citadel at Carcassonne to the small town of Quillan at the foot of the Pyrenees on Saturday. Overall leader Tadej Pogacar was under no threat, even if he finished some seven minutes adrift on what he called a boring stage. His UAE Emirates team raced at the front of the main peloton, with Ineos Grenadiers keeping an ever-watchful eye on them. Frenchman Guillaume Martin of Cofidis was the day’s other big winner as he closed to second overall four minutes adrift of 22-year-old champion Pogacar.

“Anyone in the top ten is dangerous, if I have a bad day any of them can catch me,” Pogacar said.

“Cycling is like that, one day you’re the strongest, another day you aren’t.” Martin looked drawn when he spoke at the finish line with the mercury pushing over 90 degrees Fahrenheit.