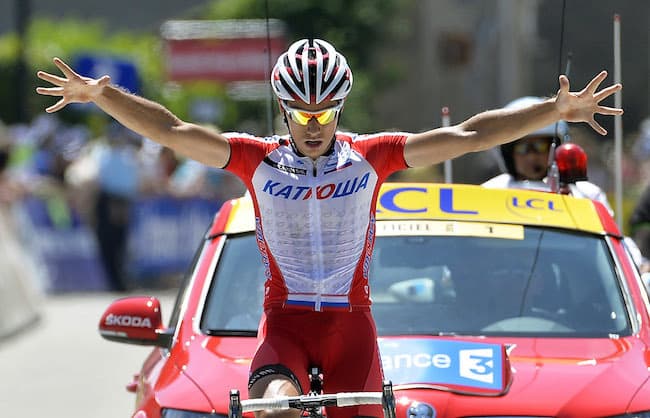 Russian cycling team Katusha will compete in the Tour de France for the sixth time next month with hopes for stage wins both on the flat and in the mountains. “This lineup reflects two main objectives for the team in the race,” Katusha said on its website after releasing the lineup for the race. “On the one hand Yuri Trofimov will fight for the Top-10 in the general classification. From the other side Alexander Kristoff will fight with the world’s best sprinters in the flat stages. In addition, top climber Joaquim Rodriguez will be given a role of a team freelancer in the mountains. We hope ?Purito’ (Rodriguez) will be able to find good form, which will allow him to fight for a stage win,” said team manager Viatcheslav Ekimov. ‘And, of course, other riders of the team will hunt for stage wins, too. I think Katusha is ready for a new three-week adventure and the only thing I would like to wish for our team is just some good luck, the only component we really missed at the Giro d’Italia.”

The Battle for the Tour de France Podium Heats Up