Can the Colombian take advantage of the elevation

Three-time podium finisher Nairo Quintana will head up a strong Movistar team at the July 6-28 Tour de France. The Colombian, second in 2013 and 2015 and third in 2016, will be helped by Spanish duo Mikel Landa and Alejandro Valverde.

Landa was fourth in 2017, while the 39-year-old Valverde, the current world road race champion, will be competing in his 12th Tour — he won four stages in his glittering career, making the podium in 2015 when finishing third. 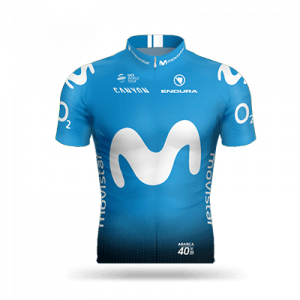