Just as the 2019 Tour de France was kicking-off, we reached out to our old pal (and former RBA Editor) Neil Shirley to find out what went into the Utah based wheel makers effort to supply the Dimension Data team with wheels.  In between all of his own gravel exploits, Neil is now the director of Sports marketing for Enve and plays a central role in coordinating relations and product development with the WorldTour team. Even though Mark Cavendish missed the team selection for this year’s race, Enve still has high-hopes for the carbon hoops used by the team.

THE REAL DEAL WITH NEIL
What role do you play as director of sports marketing?
My role is to manage all aspects of the partnership with a sponsored team, from the actual contract structure, to facilitating timely product deliveries, and most notably, ensuring R&D opportunities are not missed.

Earlier this year I spent a week with the team in South Africa at their training camp since they had some major changes in terms of new riders coming on and equipment changes. This year the team switched from Cervelo to BMC bikes, in addition to going entirely disc brake, so there were some big changes for everyone, not just the new guys.

An added piece to all of that was the fact the team switched from Chris King hubs over to the new ENVE hubs, which might not seem like such a big deal, but any equipment changes are typically met with caution. Being there in person with one of our engineers to take everyone through the hub design was integral in getting the team on board since we only had one chance to prove our hubs were up to the task and show both riders and mechanics that they would be durable enough to handle the rigors of WorldTour racing, while also offering the performance to take a 1900 watt sprint. By the time we officially launched the hubs in January the team had already accumulated over 100,000 miles on them without issue.

If problems do arise, or there’s specific feedback from a rider or mechanic that can help improve a product, an important part of my role is to relay that to our engineering team since one of the most valuable parts of our partnership is in the product development.

How long has ENVE worked with Dimension Data?
This will be 2019 our fifth season working with Team Dimension Data for Qhubeka. In that time, we’ve seen a fairly large shift in how people are riding bikes, notably road bikes. Our partnership allowed us to be out in front of the trend for road riders wanting higher volume tires (28mm +) thanks to our development of the 4.5 AR wheel with the team in 2016, which provided them an aerodynamic advantage in the cobbled classics when running tires in the 28-30c range. As it turned out, that became one of our most popular wheelsets and paved the way for us to add an additional AR model earlier this year, the 3.4 AR. 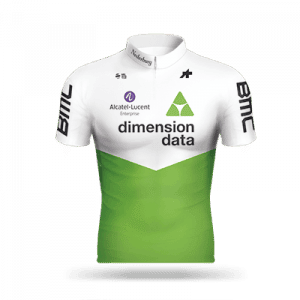 Does the team get special wheels?
The team rides the very same rims that everyone who orders an ENVE wheelset receives. Every one of our rims are made in our Ogden, Utah, facility and as a premium brand we only offer one level of rim, which is designed for the highest level of the sport. That means that our products are never “dumbed down” from pro-level quality and performance in order to hit a particular price point. Of course, the team may be on pre-production wheels when we’re developing something new, but they never have a different layup or special blend that doesn’t make its way to the retail level.

When does Tour specific wheel tech and team testing begin?
A lot of companies tie their new product releases around the Tour, notably bike brands, but we have never targeted the July date as a time to roll out a new wheel with the team just to try and create a marketing splash.

In the case of this year’s Tour, the team wouldn’t have been doing any specific testing since everything they have from us is the same they’ve raced successfully all season thus far. I would say the early season cobbled classics are a more critical time for pre-race testing since tire size, tubeless vs. tubular, and rim design are all such an imperative part to success in those races.

As far as how relevant World Tour racing is for how people are riding bikes these days, it’s races like Strade Bianche, Tour of Flanders, and Paris Roubaix that are probably the closest representation of the trends we see in the sport right now. Having rims that are designed for aerodynamic efficiency with high volume tires so that Edvald Boasson Hagen can have an advantage at Paris-Roubaix also means we have a wheel perfectly suited to the consumer wanting to go fast at the Belgian Waffle Ride or Dirty Kanza.

What are the wheels the team uses?
The team has access to just about every wheel in our SES road line, including the 3.4 Disc, 4.5 AR, 5.6 Disc, and 7.8 Disc, along with our time trial SES Disc rear wheel. I would say the most popular wheel for the team is the 5.6 Disc since it offers superior aerodynamics at a minimal increase in weight over the 3.4 Disc. It’s the go-to for everything but the biggest mountain stages.

Does Cavendish have any special needs?
Early on we worked with Cav on handlebar development and that really helped us with the Aero Road Handlebar. Someone like Cav is a good resource because he’s so in tune with his equipment and is happy to tell you when he likes something and when he doesn’t. When we caught wind of Cav coming to the team, we were nervous about meeting his expectations. However, he achieved confidence in ENVE product early on and has been a pleasure to work with ever since.  After several years with Cav, he’s yet to request anything out of the norm.

What tires do they use for general use and at what psi?
The team is sponsored by Vittoria and they use a handful of their different models. Like a number of teams, tubeless is something of interest and is the go-to for their time trial setup. Tire pressures vary from rider to rider, but I would say they range between 85 to 100 psi for their typical road race setup with tubular tires. Mind you, these are 25c cotton casing tires and very supple, which provide a very different ride quality than if you were to run 100 psi in a tubeless tire. 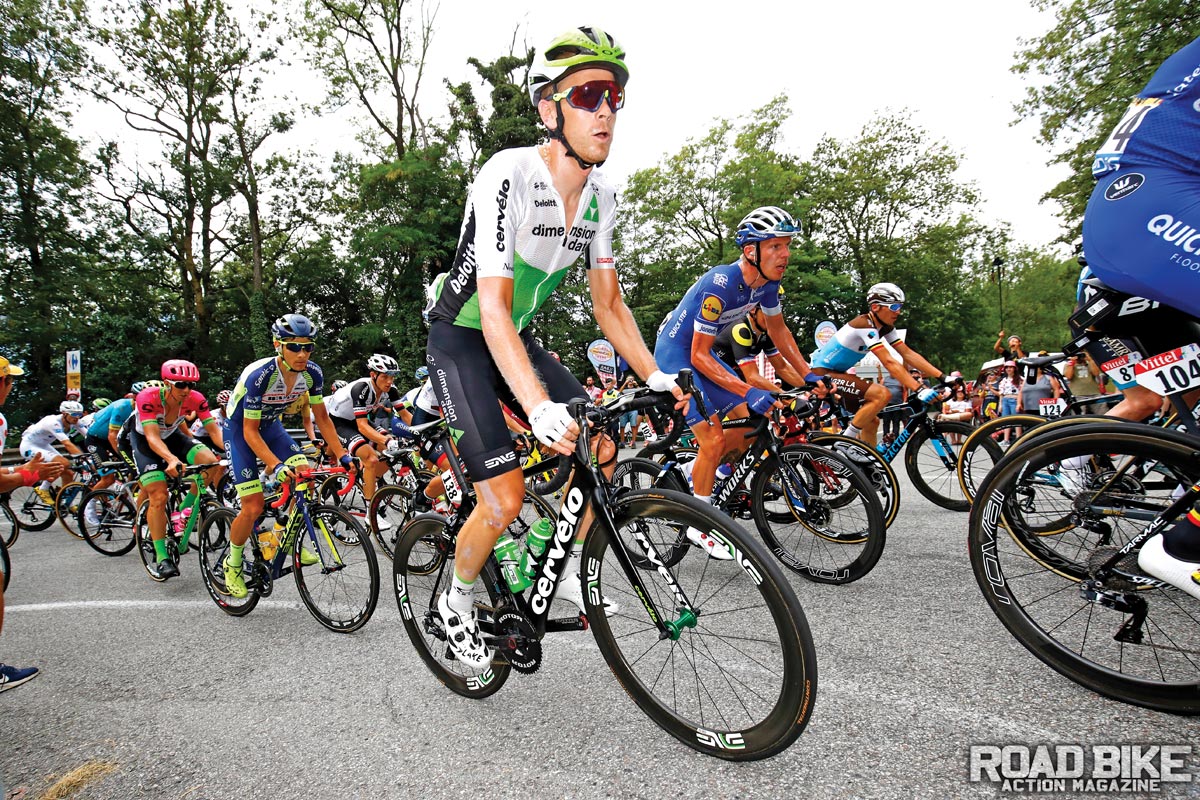