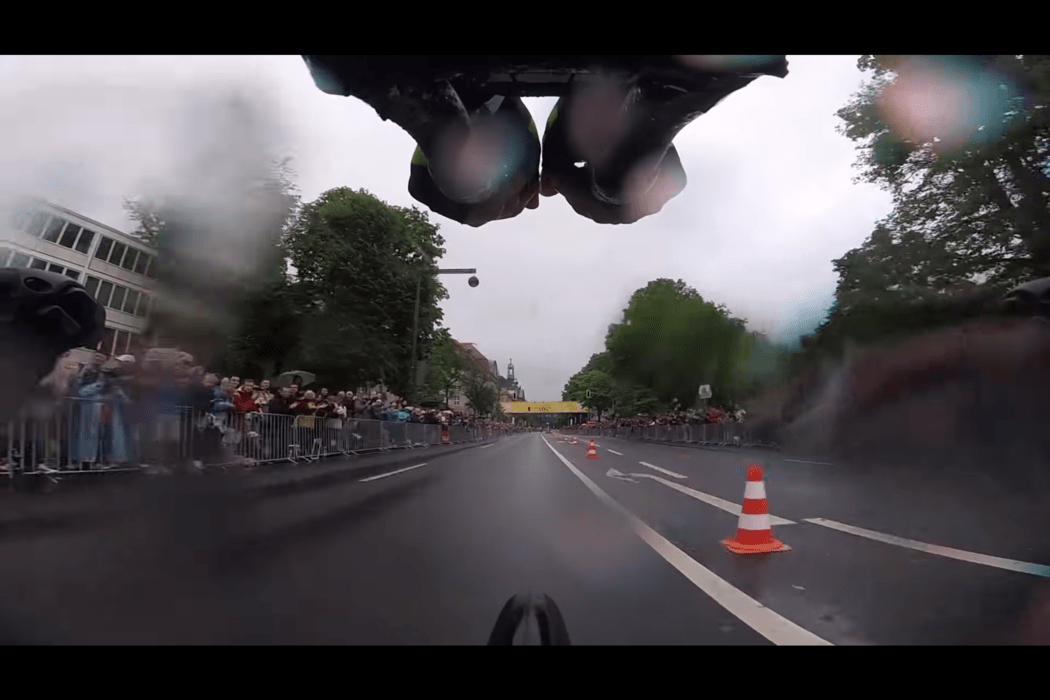 Geraint Thomas powered to victory in the second half of the inaugural time trial to claim his first yellow jersey at the 104th Tour de France at the age of 32, ten years after his debut in London. Four Team Sky riders made the top 8 including Chris Froome who was the fastest of the GC favorite on the 14-km long course in Düsseldorf. Alejandro Valverde abandoned after crashing on the wet road.