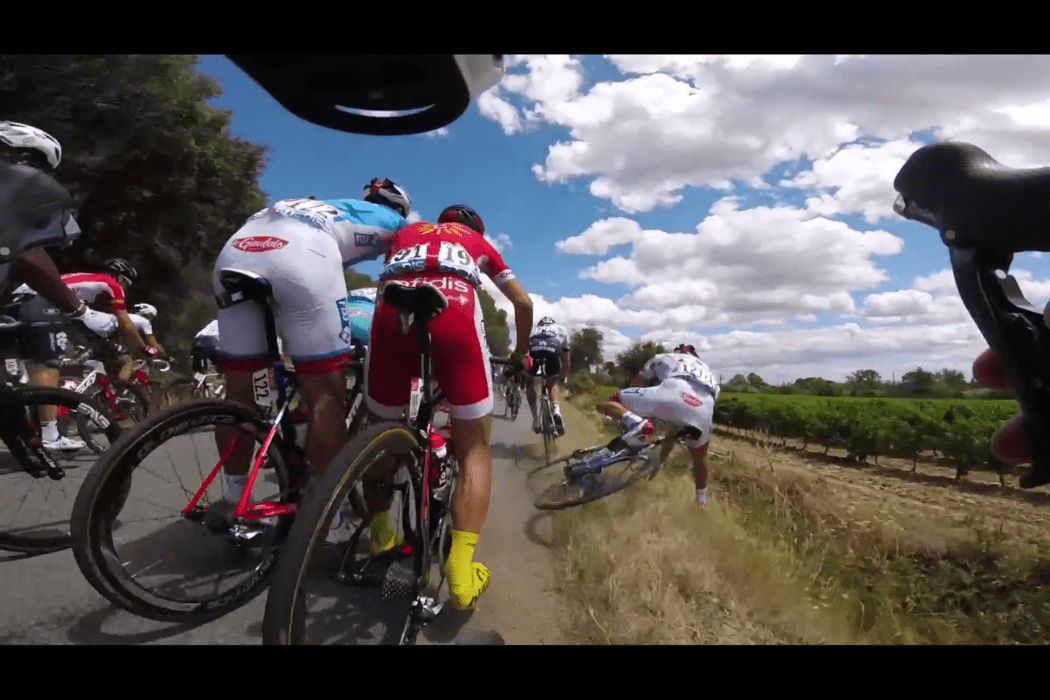 192 riders started stage 11 at Carcassonne. French champion Arthur Vichot (FDJ) was the first rider in action at km 3. Leigh Howard (IAM Cycling) accompanied him as they managed to go away at km 6. It was a roller coaster beginning of a stage for the French team as polka dot jersey holder Thibaut Pinot crashed at km 25 but with no consequence. Wilco Kelderman and George Bennett (LottoNL-Jumbo), Jurgen Vandenbroeck (Katusha), Sébastien Reichenbach (FDJ) were among the riders forced to chase to make it back to the pack. The strong favourable side wind made the peloton very nervous. GC teams like Team Sky, Tinkoff, Katusha and BMC stayed up front. The advantage of Vichot and Howard went up to 4.53 at km 62 but echelons shortened their adventure. Successively, Tinkoff, Astana and Trek-Segafredo put the hammer down and created echelons. Vichot and Howard were reeled in with 60km to go.