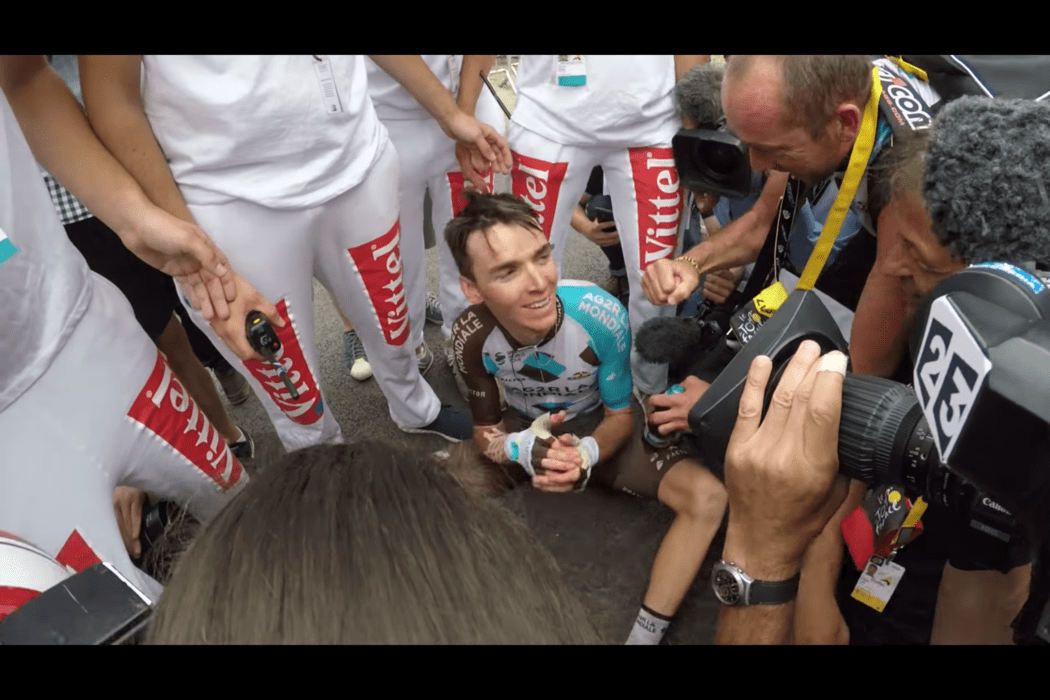 The overall classification of the 104th Tour de France was shaken up in the last 300 metres of the “marathon-stage” in the Pyrenees. After Team Sky controlled it all, Chris Froome lost contact to Romain Bardet who won his third stage in three years and Fabio Aru who moved into the lead three years after his compatriot Vincenzo Nibali won the Tour as the reigning Italian champion.