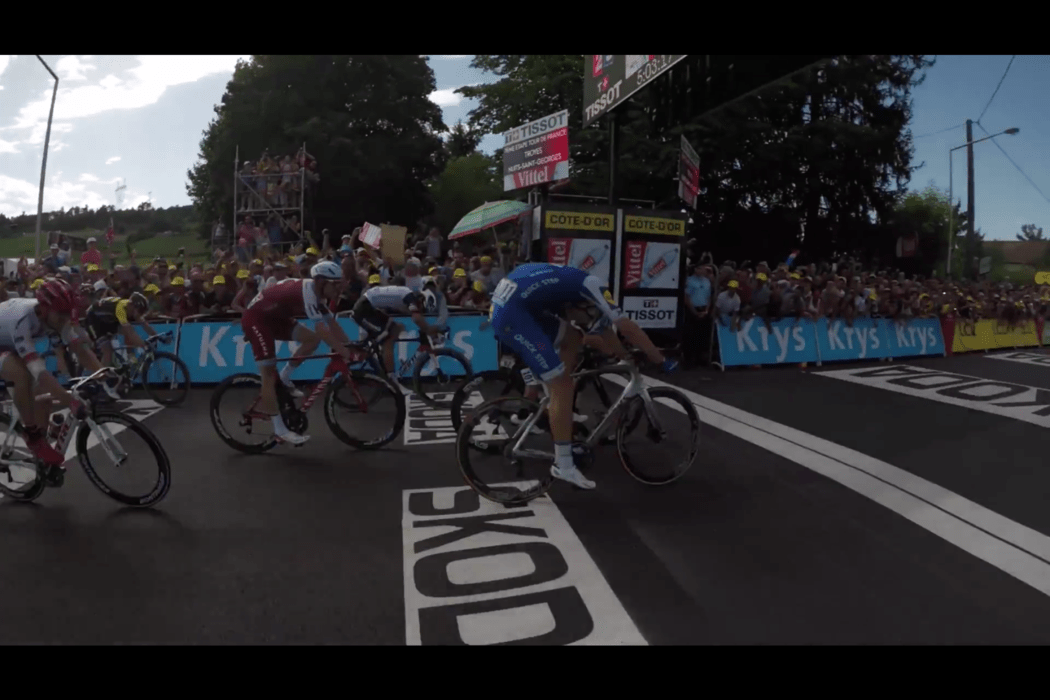 Marcel Kittel was over the moon as he claimed his third stage victory in the 104th Tour de France in Nuits-Saint-Georges, the wine growing town after which the St George crater has been named on the moon. It was a very tight bunch sprint finish in Burgundy as photo-finish was necessary to determine that the German has beaten Edvald Boasson Hagen. Chris Froome retained the yellow jersey.