Russian Aleksandr Vlasov won the Tour of Switzerland’s fifth stage on Thursday to claim the overall leaders’ jersey. Bora-Hansgrohe’s Vlasov, 26, who has raced as a neutral athlete since Moscow’s invasion of Ukraine, pipped ex-Tour de France winner Geraint Thomas in a four-man group. American Neilson Powless was second with Dane Jakob Fulgsang third after 120 miles of racing finishing in Novazzano near the Italian border. Tour de Romandie champion Vlasov takes over the yellow jersey from Steve Williams, who had held it since Sunday’s opening stage, and is six seconds ahead of Israel Premier-Tech’s Fulgsang in the overall standings.

“I tried to push as much as I could. Everybody was all out,” Vlasov told Swiss broadcasters SRF.

“Being in the lead means more work for our team tomorrow. We will try to do our best,” he added.

Vlasov said in March he was against his country’s invasion and said after the win his focus right now was on cycling.

“I’m in Europe and always with my team,” he told SRF.

“I don’t watch the news and I don’t spend my time on social media, I just race,” he added.

Earlier, the peloton in Switzerland was weakened as Jumbo-Visma withdrew due to a Covid-19 outbreak in their team.

Thomas’ Ineos team-mate Adam Yates also pulled out of the race after a positive test.

Friday’s sixth stage heads west from Locarno to Moosalp with 111 miles of racing including a beyond categorized climb at the Nufenen Pass, located over 7500 feet above sea level. 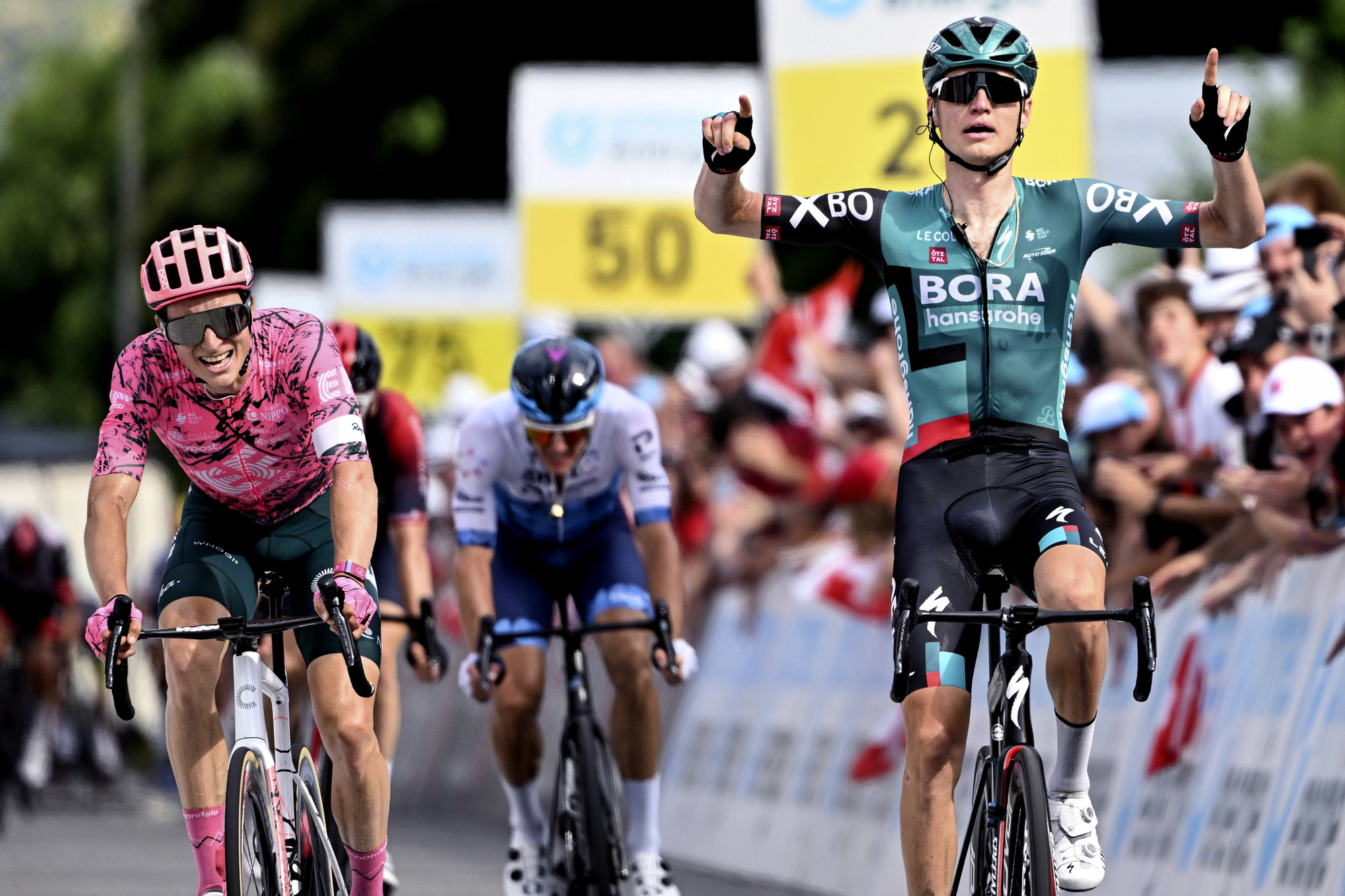