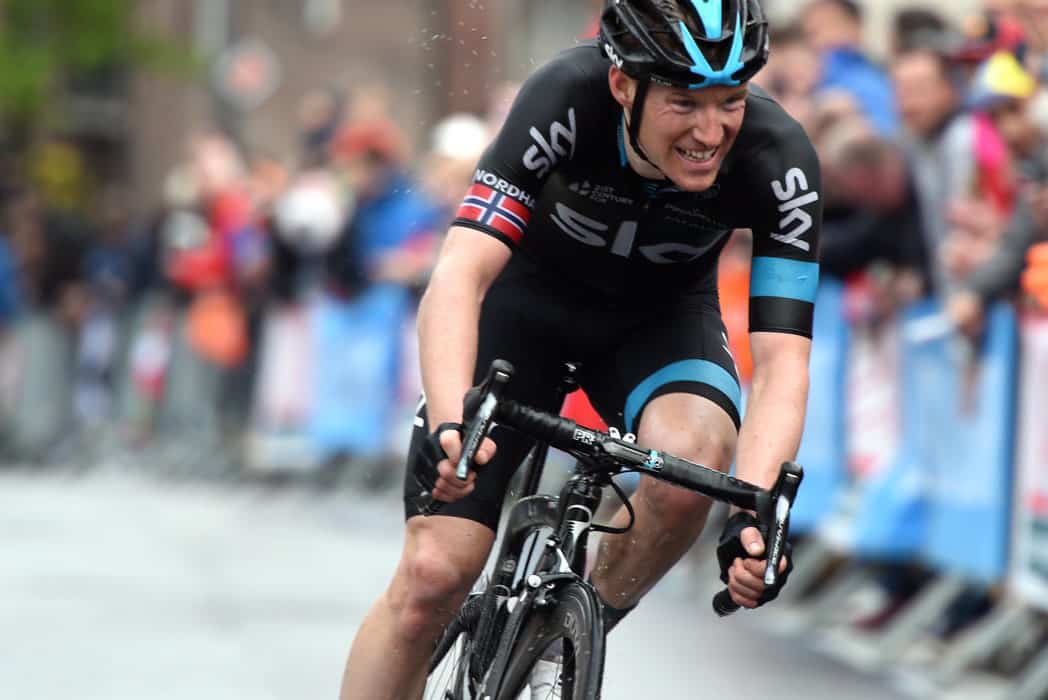 Neither Bradley Wiggins nor any other Brit managed to light up the opening stage of the Tour de Yorkshire on Friday but British team Sky did triumph through Lars-Petter Nordhaug. The Norwegian outsprinted a pair of Frenchmen to the line at the end of the 174km run from Bridlington to Scarborough as Thomas Voeckler took second ahead of Stephane Rossetto. Nordhaug leads the three-day Tour, which ends in Leeds on Sunday, thanks to the 10-second time bonus he received on the line for winning.

“It’s great to take the victory,” said the 30-year-old. “With all the spectators here it’s massive and I feel like I’m riding at home riding for Sky.”

Although neither British cycling legend Wiggins, nor Sky’s Yorkshire-born team leader for the race Ben Swift, could deliver a victory to the throng of fans lining the seaside finish in Scarborough, the British team did at least give the home supporters something to cheer. Swift actually crashed out of the race around 60km from home just after it started to rain as several riders went down on a slippery descent.

Dutchman Tim Declercq went head over heels into a hedge while Irishman Eddie Dunbar was taken to hospital in an ambulance with a suspected broken collarbone. Swift, from Rotherham in Yorkshire, had been considered one of the favorites for overall victory and was Sky’s leader. He wasn’t the only leading light to suffer, though, as German sprint star Marcel Kittel on his return to racing after two months of illness had already abandoned as he failed to keep up with the pace.

Wiggins for his part took it easy as he looks forward to his attempt at the World Hour Record next month and came home 96th almost 15 minutes off the pace. Soon after Swift’s crash, the race sparked into life on the rolling terrain in Yorkshire. A breakaway group of around 15 riders went clear amongst the chaos the crash caused but that splintered into a lead group of five and a 10-strong chase group behind as they went over the final categorised climb of the day, the 1.5km long Cote de Robin’s Hood Bay with an average gradient of 10.3 percent.

Sky were represented by two riders in Nordhaug and Irishman Philip Deignan and they used that to their advantage in the final 5km, taking it in turns to attack their three breakaway companions — Spanish 2008 Olympic road race champion Samuel Sanchez being the remaining member of the elite group. Behind the front five the chase group was made up of riders from the World Tour and Continental Tour teams present at the race, plus one unexpected guest — teenage British academy rider Scott Davies, who kept up with the pace to finish the race 14th, 1min 13sec behind the winner. “I wouldn’t say I was on top form but I can’t complain after that so, yeah, I’m not too displeased,” said the understated 19-year-old Welshman.

Tour Of The Gila: Stage 3, Results