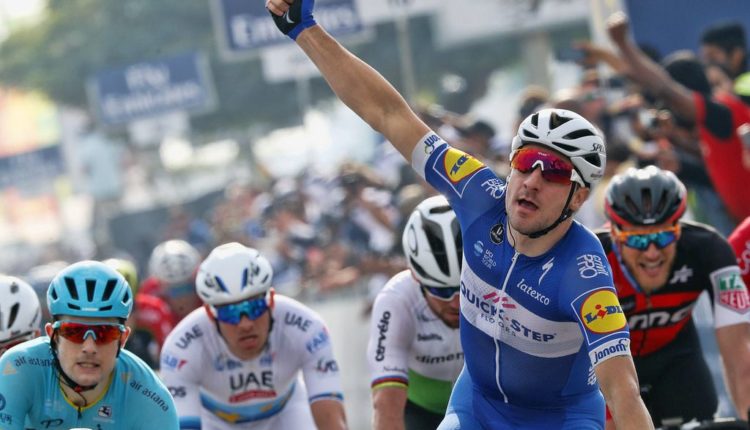 RBA/AFP – Italian sprinter Elia Viviani celebrated his 29th birthday by denying Dylan Groenewegen a second consecutive stage win on the Tour of Dubai on Wednesday, edging the Dutchman in a thrilling bunch sprint.

Groenewegen however maintained a razor thin two-second lead over Viviani in the overall standings. Veteran British sprinter Mark Cavendish, who said on Tuesday he had been “terrified for his life” due to the chaotic nature of the new bunch sprint rules which allow turning left across the peloton, came fourth on stage two with resurgent John Degenkolb coming fifth.

Wednesday’s 190km run was dead flat and featured a long-range breakaway from Frenchman Nicolas Edet and Charles Planet who built up a seven minutes lead, but were reeled in 9km from the line. Viviani had just rejoined the peloton after losing contact because of a mechanical failure, but in the final 500m Viviani looked a comfortable winner.

Viviani has replaced Marcel Kittel, a German who won three stages and the Tour de France in 2017, at Quick-Step. Thursday’s third of five stages is a 180km run to Fujairah over slightly more rolling terrain and should culminate in another bunch sprint. 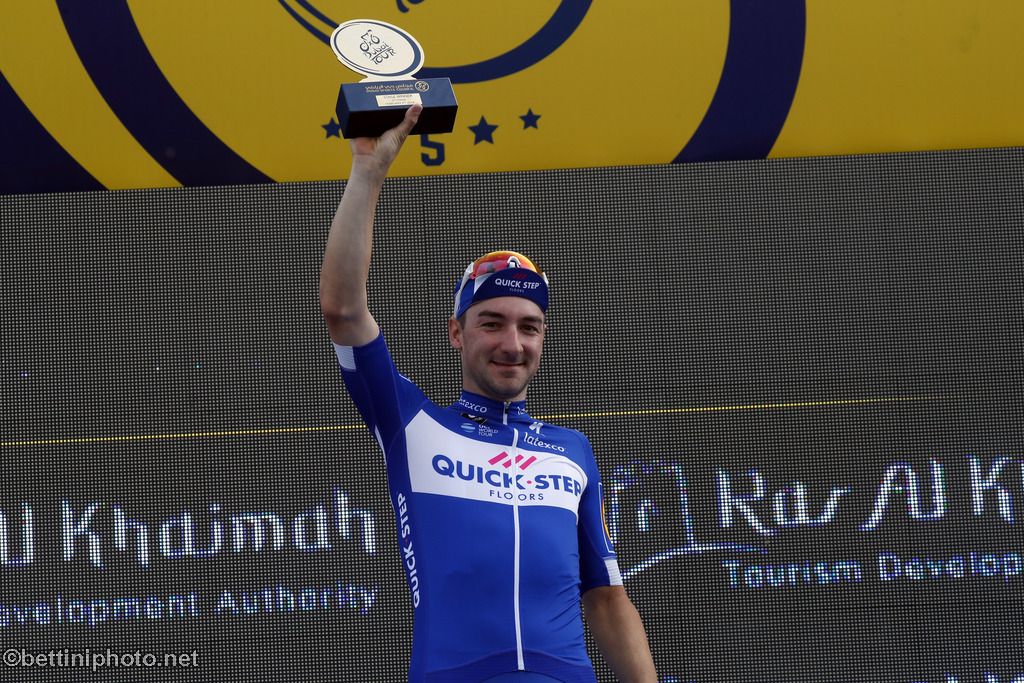