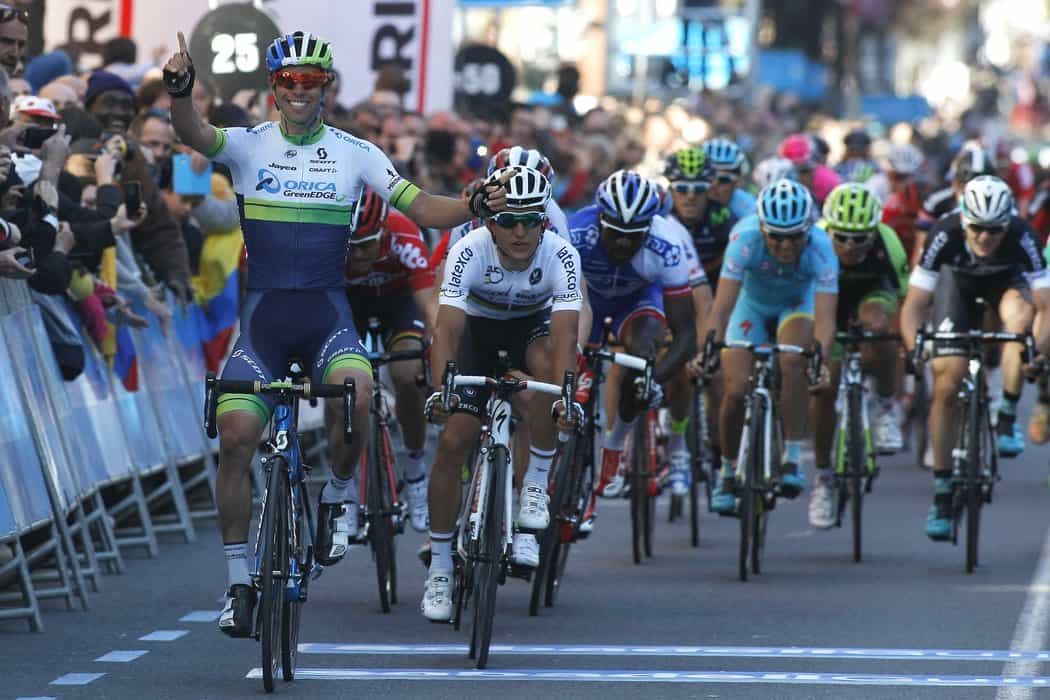 Michael Matthews of Orica-GreenEdge won a sprint finish on Monday to claim the first stage of the Tour of the Basque Country in Bilbao as five riders were badly injured in a late crash. The 24-year-old Australian, already a stage winner last year, crossed ahead of Poland’s world champion Michal Kwiatkowski of the Etixx-Quick Step team and Russian Ilnur Zakarin of Katusha.

But a huge crash on the run-in to the finish resulted in five riders suffering bad injuries. Spaniard Sergio Pardilla suffered a head injury and broken his wrist. American Peter Stetina, who was taken to hospital, broke his knee-cap and four ribs while Pierre-Henri Lecuisinier from France fractured his elbow. Briton Adam Yates broke a finger and Frenchman Nicolas Edet had a suspected broken collarbone. Yvon Ledanois, the sports director of Stetina’s BMC team, blamed organizers for the crash.

“It seems that in the final straight some barriers were taken away but they were covering some traffic islands that weren’t visible, which provoked the crash,” he said. “All this at the end of a descent. The guys were doing 80kph (50mph)! There are some guys in hospital tonight. What are they (organizers) waiting for? That someone dies? Is that what we need for there to be some true rules in all races that protect the riders’ health?”

On a lumpy 162.7km course around Bilbao, Matthews came home at the front of a reduced group of around 50 riders. “I was quite confident going into the stage,” Matthews said. “We did a recon of the final climb yesterday and I knew what I was in for, it just came down to what legs I had today. It turned out I had really good legs, got myself over the climb and I knew from that reduced bunch I had a pretty good chance of cleaning up the sprint.”

The favorites, including Giro d’Italia champion Nairo Quintana — who has already won Tirreno-Adriatico this year — finished safely in the lead bunch. This result continued Matthews’ fine start to the season having won a stage of Paris-Nice, where he also held the leader’s yellow jersey, and finished third at Milan-San Remo. Quintana is expected to face competition for the overall victory from Kwiatkowski, who finished second behind Alberto Contador last year. Tuesday’s second stage takes the peloton over 175.4km from Bilbao to Vitoria with another hilly trail, including a climb just 9km from the finish.

The Women at Flanders