San Francisco, May 15, 2017 (AFP) – Poland’s Rafal Majka won the second stage of the Tour of California on Monday, timing a late burst to perfection to claim victory and the overall leader’s yellow jersey.

Majka was part of a four-man group that pulled away in the closing stages of stage two, an 89.5-mile (144.5-kilometer) run from Modesto to the rolling hills outside San Jose in northern California. LottoNL-Jumbo’s George Bennett and Bora-Hansgrohe rider Majka broke for the finish from Ian Boswell of Sky and Lachlan Morton of Dimension Data. Bennett, however, had gone off too soon and Majka waited on his wheel before producing one devastating late burst to win in 3hrs 43min 46sec. New Zealander Bennett finished just behind in second place.

Boswell took third while Morton finished in fourth, with the main body of the peloton crossing roughly 37 seconds later led by Bennett’s teammate Robert Gesink. Majka’s victory left him in first place in the general classification of the seven-stage race, which culminates on Saturday in Pasadena, just outside Los Angeles.

Bennett is second overall, two seconds off Majka’s outright time of 7:29:14. Boswell is third, 14 seconds off the pace, with Australia’s Morton 16 seconds back. Dutch Lotto rider Gesink is fifth in the standings, 48 seconds off Majka. Tuesday’s third stage sees the peloton take a 119.6-mile loop from the coastal town of Pismo Beach before winding up in Morro Bay. 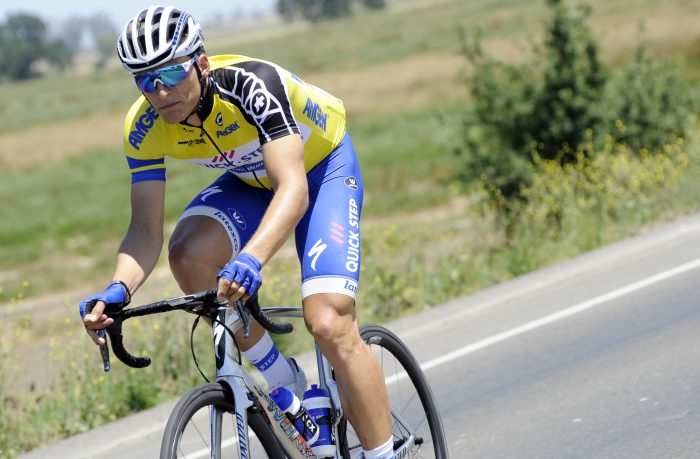 FIRST RIDE: Campagnolo Goes all in on DISC