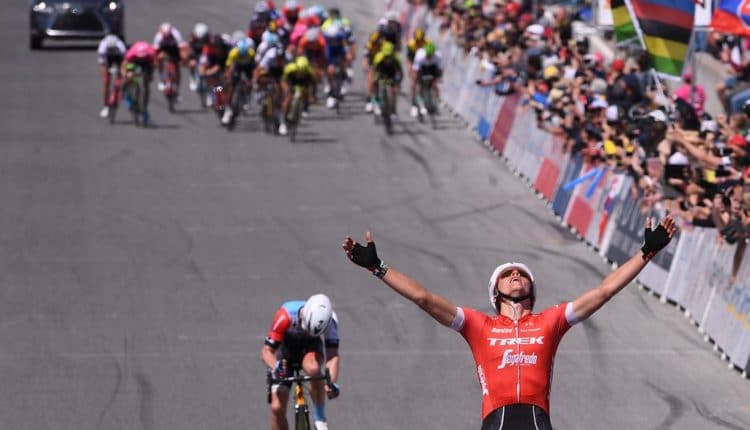 RBA/AFP – Toms Skujins powered his way through the pack Tuesday to win stage three of the Tour of California, one year to the day after a frightening crash that left him with serious injuries.

The 26-year-old Latvian stunned the field with his solo win as he unleashed a huge kick that earned him his third career stage victory at North America’s biggest cycling race. After winning stages in the 2015 and 2016 California race, Skujins’ 2017 campaign was derailed when he suffered a concussion, fractured left collarbone and severe road rash in a heavy fall during the second stage.

Asked if last year’s shock ending provided him with any extra motivation this time around he said, “Not really. I don’t need extra motivation. I come out swinging. It is always fun. I enjoy it.” Skujins, of Team Trek, underwent surgery to repair his busted collarbone and had to undergo cognitive testing before officials would allow him to resume his cycling career.

Skujins didn’t immediately stop racing after his high-profile crash which stirred controversy after a support mechanic pushed the concussed Latvian back into the race. Video of a dazed and confused Skujins stumbling back to his bike, narrowly avoiding oncoming riders as he resumed riding, went viral following last year’s accident, prompting questions about the failure of officials to prevent the rider from getting back on his bike. He eventually had to be coaxed out of the race by his support team.

Skujins said he couldn’t help but think about last year’s crash during Tuesday’s ride. “At one point, it was when I was going down a long twisty descent, that I was saying to myself, ‘I wonder what the TV commentators are saying. ‘He’s going fast. He better not do what he did last year’.”

Skujins also won stage three in 2015 and stage five two years ago. He said his sweetest stage win is still the initial one. “The first one was definitely special. I was unknown at that point and I got the leader’s jersey.” 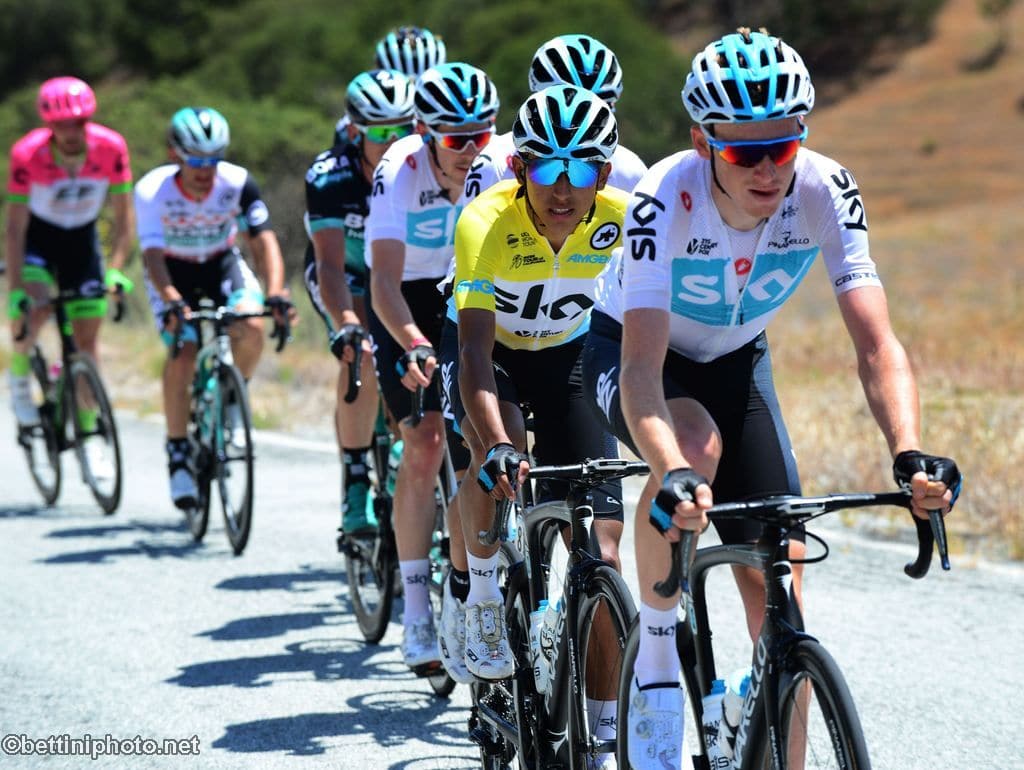