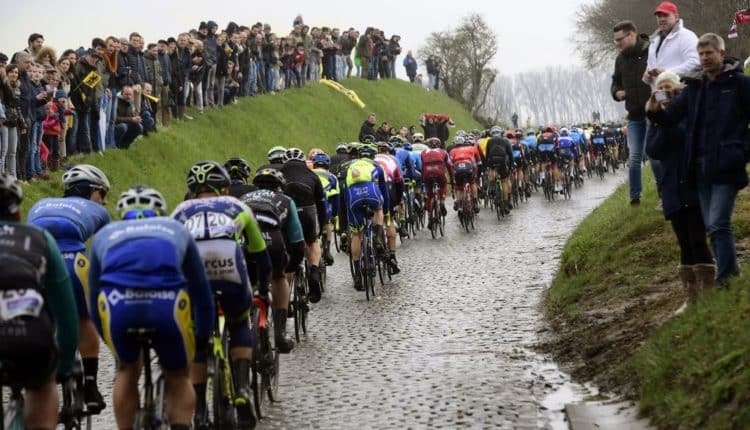 RBA/AFP – Dutchman Niki Terpstra was fighting back the tears after completing a personal cobbled classics double by winning the prestigious Tour of Flanders on Sunday. Four years after triumphing at Paris-Roubaix — another of cycling’s five ‘Monument’ one-day races — the Quick-Step rider launched a daring solo breakaway with 25km left to take a hugely impressive victory.

The 22-year-old Dane Mads Pedersen was 12 seconds behind in second with last year’s winner Philippe Gilbert of Belgium, also of Quick-Step, third at 17sec. “Winning Paris-Roubaix and now the Tour of Flanders, for me it was always a big dream,” said an emotional Terpstra. “When I was a kid, I was crazy for these races. I can’t describe how happy I am.”

With all eyes on world champion Peter Sagan, Olympic gold medalist Greg Van Avermaet and last year’s winner in Flanders Gilbert, Terpstra took his chance to slip away and take another major victory. In the past, Terpstra has had to play second fiddle to illustrious team-mates like three-time Flanders winner Tom Boonen and Gilbert, but he insisted he deserved this success. “It’s not only Boonen and Gilbert, but the whole team has quality behind it,” said the 33-year-old.

“Sometimes you give something and sometimes you get something back, like last year. I was third here and I was the break (foil) for Gilbert, who was in front. “The whole year around I try to be a good teammate but now the luck is on my side — all the work I put into the team, I get it back now.”

Four years ago his Paris-Roubaix attack came a bit later, in the final 12km, but this time, Terpstra latched onto an initial break by Milan-San Remo winner Vincenzo Nibali before leaving the Italian in his wake. There were still three breakaway riders left up the road but Terpstra caught them on the Oude Kwaremont climb, the penultimate of 18 along the torturous 265km course, with 18km left. 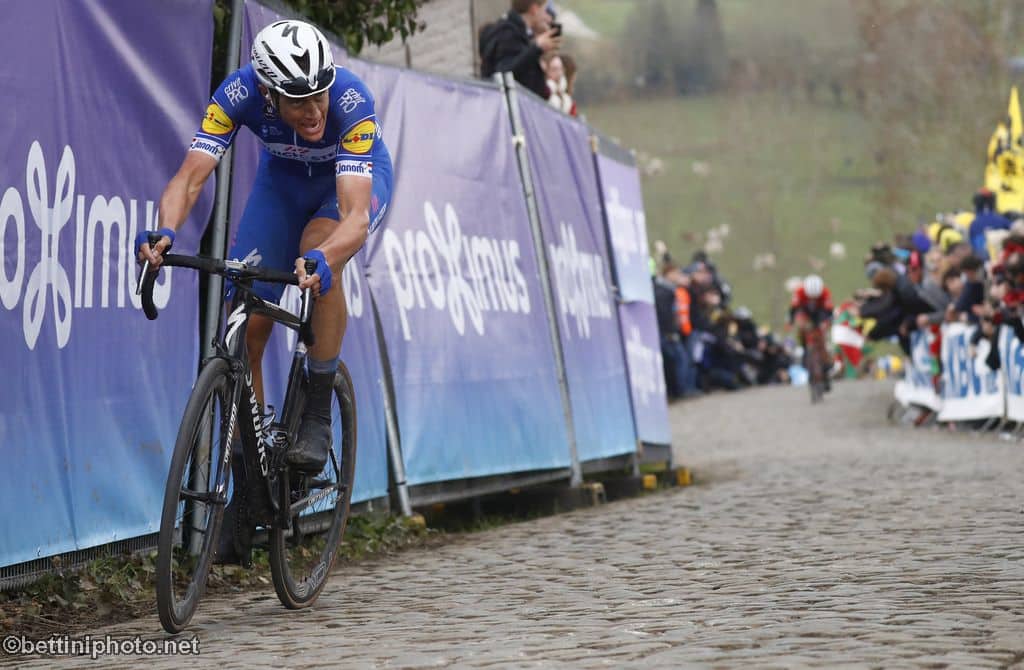 By the final Paterberg climb, 13km from the finish, Terpstra had a 40-second lead over the chasing favourites. Sagan tried to attack from that group near the top of the Paterberg but his efforts were futile and he soon sat up to wait for the rest of the small group of around a dozen favorites. Co-operation within that bunch was poor, though, and Terpstra’s lead was never threatened, as only Pedersen, one of the three Terpstra had caught earlier, remained in a position to try to hunt down the Dutchman.

Pedersen didn’t have the legs, though, and grittily held on for second place while Gilbert won the sprint for third ahead of another Dane, Michael Valgren. Van Avermaet was fifth with Sagan sixth. “I think probably the strongest guy won today,” admitted Van Avermaet. “It was pretty impressive that he kept this effort going all the way to the line because we didn’t wait too long to react.” Sagan said the race had been “very hard and fast…right from the outset” and he was “happy with my performance”.

Victory continued a fine spring campaign for Terpstra who already won the E3 Harelbeke semi-classic nine days ago. Earlier in the race it took 70km for an 11-man breakaway group to form but they never got much more than a five-minute lead. With around 50km left there were only two of those left but they did not last much longer. Pedersen joined Dutchmen Sebastian Langeveld and Dylan van Baarle to form a three-man group in the final 40km but those two wilted once Terpstra came storming up alongside them.

From then on, Terpstra simply proved too strong for the rest. And it was a double Dutch celebration as Olympic champion Anna van der Breggen took a solo victory in the women’s 150km race, with her compatriots Amy Pieters and Annemiek van Vleuten rounding out the podium. 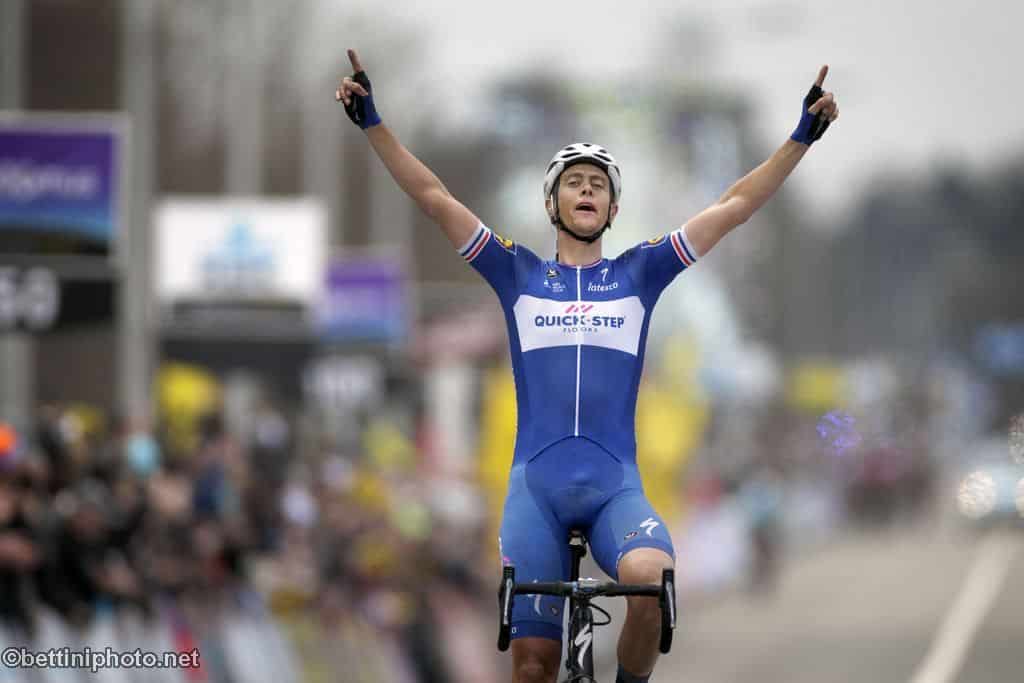 WATCH: MAJOR UPSET IN FINAL KILOMETER OF THE TOUR OF FLANDERS